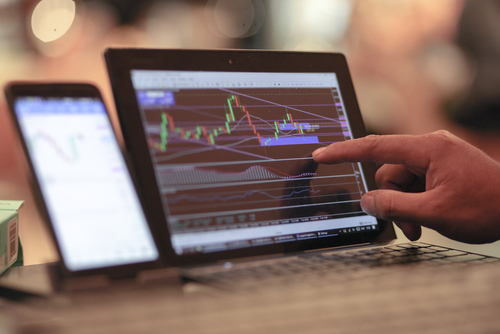 Aussie dollar rises as cash rate is maintained at 1.5%, USD/JPY rises above 110 handle, whilst services PMIs point to a European slowdown

During the overnight Sydney trading session, the RBA (Reserve Bank of Australia) announced that the key interest rate, the cash rate, would be held at 1.5%, keeping the borrowing rate at a record low, for a record period of thirty months. The statement accompanying the decision was less dovish than expected, therefore the Aussie dollar rose in value versus a basket of its peers. In the monetary policy statement from the RBA, only inflation potentially rising to over 2% and wage inflation rising, could justify any decision for a rate rise over the medium term.

The rest of the statement urged caution, whilst explaining that such a low rate has kept the Australian economy growing, against a backdrop of retail sales falling by -0.4% in the month of December, whilst the balance of trade surplus rose significantly for the month of December. At 8:45am U.K. time, AUD/USD traded up 0.32% at 0.724, having traded as high as 0.726 during the Asian session. The major pair reversed trend, after initially falling through the second level of support S2, to breach R2, shortly before the London market opened.

A raft of IHS Markit services PMIs were published in the Asian session and during the early stages of the London trading session. The Nikkei Japan Services PMI increased to 51.6 in January 2019, from a three month low of 51.0 for December. The improved expansion was supported by healthy inflows of new business, mainly from domestic clients, whilst employment increased moderately. The impact on yen was mixed, with USD/JPY initially breaching the 110.0 handle, to then fall back below the critical round number, to trade at 109.9, up 0.10% by 9:50am U.K. time.

The Markit services PMI for Ireland, slumped to 54.2 in January, from 56.3 recorded in December. The reading registered the weakest rate of expansion in services’ activity since June 2013. Business activity growth slowed for the fourth month in series, as new order growth indicated the slowest rise since October 2017. At a time when Ireland is forecast to be first in the firing line, if the U.K. endures a hard Brexit, this reading could be indicative of contraction in Ireland’s economy, which has enjoyed significant growth over recent years, GDP growth is currently 4.9%.

France’s services PMI remained in contraction, falling to 47.8 in January 2019, from 49 in December, slightly above market expectations of 47.5. The reading is the fastest pace of contraction since February 2014. New business slumped by the most for over five years, due to the apparent disruption caused by the gilets jaunes movement and soft foreign demand. Italy’s services PMI fell back into contraction territory, falling to 49.7 in January from 50.5 in December, missing the forecast of 50. The latest Italian reading came after two months of small increases, amidst weaker new order growth.

The overall services PMI gloom for the Eurozone was partially lifted by Germany, where the services PMI came in at 53 in January, remaining above the 51.8 figure for December, but still the second lowest reading in the past eight months and below the average of 54.2, recorded since the current upturn began in mid 2013. The composite services PMI reading for the E.Z. came in at 51.2 for January, above the estimate of 50.8, unchanged from December’s 49 month low.

The services PMI for the U.K. fell to 50.1 in January (any reading below 50 indicates contraction), from 51.2 in the previous month, below the forecast of 51.0. The reading for January was the lowest for over two and a half years, the second lowest since December 2012 and represented quite a fall from the recent peak of 55, printed in July 2018. New business volumes declined for the first time in over two years, due to heightened political uncertainty as a consequence of Brexit concerns.

Economists from IHS Markit stated that “the U.K. economy is in danger of stalling, or worse.” The disappointing PMI readings for the E.Z. and U.K. in a continent that is circa 80% dependent on the service economy, indicates that wider Europe could be flirting with recession. Therefore, both sides may need to re-examine their stances, in the ongoing Brexit negotiations.

« U.K. FTSE 100 and DJIA maintain position above critical levels, despite poor domestic data for the USA and U.K. The Bank Of England is odds on to keep the U.K. base rate at 0.75%, attention will quickly turn to the accompanying press conference and statement »