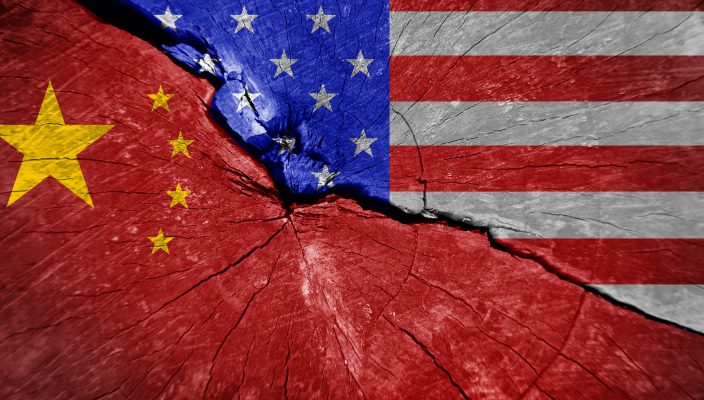 After opening in positive territory, the key USA equity indices sold off sharply towards the end of the trading session, as China fears (once again) came to the fore, after several day’s respite, whilst Trump was on tour in Japan. The SPX index whipsawed in a wide range, oscillating between initial bullish and later bearish conditions, ending the day down -0.84%, printing a two month low, as price fell to the 100 DMA. The index has now surrendered a significant proportion of the 2019 year to date gains during May, to be up 11.91%.

A similar pattern of price action behaviour was displayed by the DJIA and NASDAQ, during the New York session. The benchmark 10-year Treasury yields fell to 2.260% as President Trump signalled the United States and China were far from a trade deal, this represented the lowest 10 year yield since October 2017. Investors have been acquiring safe haven U.S. government debt, due to the increased trade worries and political uncertainty.

The fall in the market indices occurred despite a positive Conference Board consumer confidence reading; coming in ahead of the Reuters forecast at 134.1, whilst the case Shiller house price index, for the 20 main USA cities, also rising. WTI oil ended the trading day up circa 0.46% at $58.90 per barrel, as geo political tensions, due to the USA navy moving into the straits of Hormuz over recent days, has caused disruption/supply concerns. XAU/USD, Gold, slipped by -0.36% to $1,284 per ounce.

European equity market indices closed down on Tuesday, as Chinese trade fears proved to be contagious. Germany’s DAX closed down -0.37% and France’s CAC down -0.44%. Italian Deputy Prime Minister Matteo Salvini, leader of the extreme right wing Italian party called League, which made gains in Sunday’s European elections, stated that the European Commission could fine Italy up to 3 billion euros for breaking EU debt and deficit rules, a comment that hit the value of the single trading bloc currency.

The U.K. FTSE 100 reversed its early morning gains, to close the day out down -0.12%, capping the 2019 year to date gains at 8.00%. The U.K. pound slipped during the day’s trading sessions, as the Tory party infighting began to enter a new phase. Various ministers threatened to bring down the Tory government, if it pursued an economically damaging no deal Brexit, as the headcount competing for the leadership, after Mrs. May’s resignation, reached ten.

GBP/USD was trading down -0.20% at 22:00pm U.K. time, as price oscillated between the daily pivot point and the first level of support, during the day’s sessions. The major currency pair referred to as cable, is down circa 3% in May alone, trading close to a four month low, as the death cross; where the 50 DMA crosses the 200 DMA, is close to engagement. Versus its other main peers GBP also slipped; EUR/GBP traded close to flat, whilst GPB/JPY traded down -0.35% and GBP/AUD traded down -0.21%.

Wednesday’s key economic calendar data releases, begins in the Eurozone, with the latest GDP growth figures for France; forecast to come in at 0.3% for Q1 2019 and 1.1% year on year. German unemployment is forecast to drop by -7k in May, as the overall rate is predicted to come in at 4.9%. At 15:00pm U.K. time, Canada’s central bank, the BOC, will broadcast its latest decision regarding the key interest rate. The widely held consensus is for a hold at 1.75%, attention will quickly turn to Stephen Poloz, the governor of the BOC, if any press conference he holds contains forward guidance, indicating a change in monetary policy. FX analyst who trade events, or who trade CAD pairs, would be advised to diarise and monitor both the interest rate announcement and the subsequent statements.

« Canada’s central bank is tipped to hold the key interest rate at 1.75%, FX analysts and traders will quickly turn their focus to the BOC monetary policy narrative. How the COT report can assist swing and position forex traders, with their decision making. »