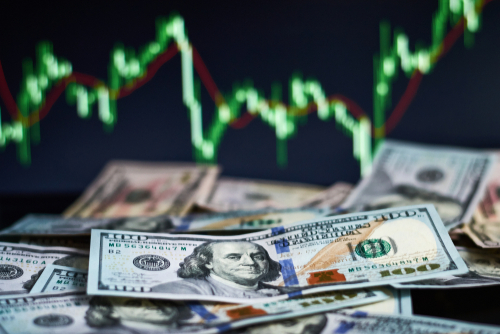 USD rose versus the majority of its peers during the latter part of the London-European trading session and the New York session. This rise came despite, or perhaps as a consequence, of the poor housing and consumer confidence data published during the day’s sessions, which saw permits and housing starts miss the forecasts, whilst the Conference Board confidence reading, also came in below expectation.

Housing starts fell by -8.70%, whilst permits fell by -1.30% in February. The Case Shiller index for the key twenty USA cities came in at 4.26% year on year for January, beating the Reuters forecast of 4.00%. The Conference Board, Consumer Confidence Survey index, came in at 124.1, considerably short of the 134.5 predicted by Reuters. This key confidence reading is high impact and it was accompanied by other C.B. data that also missed the forecasts.

The final significant miss of the day for the USA, involved the Richmond Fed manufacturing index for March, which printed at 2, versus the anticipated 12. Overall, this extremely disappointing set of data results for the USA economy, may have attracted safe haven bids for USD, causing the greenback to rise, versus the majority of its peers.

The general global concerns, generated by a lack of progress regarding the tariff stand off between the USA and China, could also be helping the dollar rise. Meanwhile, the much discussed inversion of the yield curve; with three month treasury bond rates, crossing the ten year, has left many investors spooked, due to it always being a portent of an imminent recession. At 19:10pm U.K. time on Tuesday March 26th, USD/JPY traded up 0.48% at 110.48. The bullish price action saw price breach R2, before giving back some gains late in the New York session. The dollar index, DXY, traded down -0.17%.

The main equity indices in the USA brushed off the poor calendar data; at 19:15pm the SPX traded up 0.44%, whilst the NASDAQ was up 0.50%. WTI oil reclaimed the $60 a barrel handle; rising by 1.90% on the day, reaching a daily high of 60.42, as the bullish price action caused price to breach R2, before receding marginally.

House prices underpin U.K. consumer sentiment, the trickle down effect is highly significant, creating work for many of the SMEs in the U.K. With prices stagnating, and mortgage approvals collapsing by 12% in February, analysts are now concerned that the domino effect could see a significant slowdown, in the U.K. economy.

Sterling rose marginally versus several peers as the Brexit debates continue to occur in U.K. Parliament. Wednesday evening is scheduled to be a critical sitting of MPs, as various indicative votes will take place, in an attempt to discover and develop a cross, political party consensus, on an exit route. During this series of votes, sterling trading could become more volatile, as liquidity levels fall. FX traders who specialise in trading, for example, GBP/USD, need to remain hyper vigilant to all the ongoing Brexit developments.

At 20:00pm GPB/USD traded close to flat, after whipsawing in a wide range, oscillating between bearish and bullish conditions, in tandem with the ongoing political developments during the day’s sessions. Initially failing through S1, price reversed direction to breach R1, to then give up the gains, to fall back below the daily pivot point. This pattern of sterling, price action behaviour, was replicated by many sterling pairs, with the exception of GBP/JPY, which traded up 0.57%, due to yen bearishness across the board, as opposed to U.K. pound strength.

At 20:10pm U.K. time, EUR/GBP traded -0.38% as euro weakness enveloped the FX markets. EUR/USD traded down -0.37%, whilst the euro’s biggest falls occurred versus the Aussie, down -0.79%, and the Canadian loonie dollar, down -0.50%. The GfK German consumer confidence reading for February came in at 10.4, falling from 10.7, a general risk off tone appeared evident throughout many European markets, despite the cordial welcome Chinese premier Li was granted by various high ranking E.U. dignitaries during Tuesday, as the two parties discussed future trade partnerships.

Early Wednesday morning in the Sydney session, the RBNZ will have revealed its decision, regarding the official cash rate, the OCR. Any impact for NZD, due to the monetary policy statement accompanying the decision, could continue into the opening hours of the London-European trading session.

Thereafter, the main economic calendar events throughout Wednesday concern various ECB officials delivering talks, including Mario Draghi at Frankfurt at 8:00am U.K. time. Listed as high impact analysts and FX traders will focus on the ECB President’s speech, for any signs that the ECB will continue its move towards a more dovish, monetary policy tone.

Before the New York session the latest trade balance deficit figure for the USA will be published; Reuters expect an improvement, to -57.5b for January. The currency account balance for the USA is expected to fall to -$130b for Q4 2018. Various energy stockpiling and inventory data could have an impact on the value of WTI oil, having reclaimed the 60.00 handle. This level may come under downward pressure, if inventories and stockpiles rise.