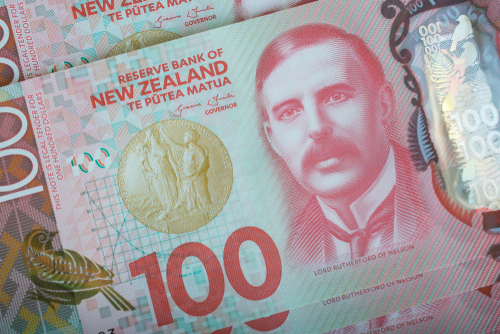 At 1:00am U.K. time, on Wednesday 26th March, the central bank for New Zealand, the RBNZ, will announce its decision regarding the country’s interest rate. Referred to as the “official cash rate”, the current rate is 1.75% and the widely held consensus, after Bloomberg and Reuters have polled their panel of economists over recent days, is for a hold of the rate. The rate has remained at its record low of 1.75%, since early 2017.

It’s often the narrative, in terms of a monetary policy statement which accompanies the decision, which causes the currencies and indices relating to the central bank, to move. Especially if there’s any change from the previous forward guidance. If, for example, the central bank delivers a more dovish policy tone, the impact on the value of the currency can immediately be bearish. That dovish tone might include reference to raising rates on a much longer time horizon, or providing monetary stimulus.

In relation to the New Zealand economy, the RBNZ has plenty to consider, with regards to its monetary policy management. The most recent trade surplus figure for New Zealand, fell in February and its jobless rate rose to 4.3% in Q4 2018. The annualised GDP growth has fallen to 2.3% from 2.6%, whilst inflation is currently at 1.9%; just below the 2% target the RBNZ are aiming for.

The country is extremely reliant on its trading options with its near neighbours Australia, China and other Asian countries. If China suffers a dip in trading and economic activity, then it’s inevitable that New Zealand will feel the impact. That impact will be intensified if Australia also suffers as a consequence of China reducing its activity, particularly in terms of exports and imports.

The interest rate decision is released at 1:00am U.K. time, whilst this is a time when the Sydney-Asian session is live, the volume of trading and therefore the liquidity is lower, than in comparison to the peak times during the London-European trading session, or the New York session. Therefore, there’s a higher propensity for NZD currency pairs to experience slippage as high impact data events are published. FX traders who are based in Australasian countries, or who prefer to trade the Aussie and kiwi, should be wise to this possibility and base (and adjust) their trading decisions and strategy accordingly.