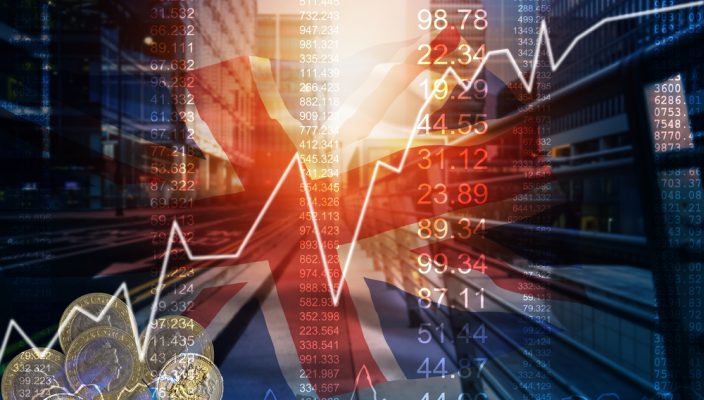 U.S. dollar rises versus peers as FX traders reduce their bets on rate cuts, sterling falls as Bank of England keeps base rate unchanged, but voices fears over Brexit.

May 3 • Forex Trading Articles, Morning Roll Call • 3428 Views • Comments Off on U.S. dollar rises versus peers as FX traders reduce their bets on rate cuts, sterling falls as Bank of England keeps base rate unchanged, but voices fears over Brexit.

The U.S. dollar recorded gains versus the majority of its peers during the trading sessions on Thursday as FX analysts and traders balanced their positions, based on the FOMC rate hold announcement, disclosed on Wednesday evening. The Fed chair Jerome Powell’s subsequent forward guidance, contained in the press conference he subsequently held, also concentrated minds. Interest rate futures predict a 49% chance the Fed could lower the key lending rates during 2019, down from the 61% recorded late on Wednesday, according to CME Group’s FedWatch program.

However over employment/unemployment numbers may have caused investor concerns; weekly jobless claims came in at 230k, continuous claims also missed forecasts, by increasing marginally. Moreover, the jobs cuts recorded by large firms, as monitored by Challenger, Gray & Christmas, increased significantly; by 10.4% year on year up to March. Job cuts are up circa 30% so far in 2019. As to how these figures and the jobless claims will bleed into the NFP data, to be published on Friday at 13:30pm, will be fascinating to witness.

After threatening to break that critical psyche figure of 3,000 for the first time in its history last week, the SPX index has fallen during the current weekly sessions, closing down -0.21% on the day, up 1.75% monthly. Both the DJIA and NASDAQ have also receded from the record highs, posted during recent trading sessions. WTI continued its fall, from the 2019 highs recorded over recent weeks, after supply fears, due to the USA’s issues with Venezuela and Iran, caused price to spike to over $66.00 per barrel. At 22:00pm on Thursday, WTI traded down -3.10% at 61.53.

On Thursday afternoon, the Bank of England’s MPC (monetary policy committee) announced the base interest rate would be kept at 0.75%. Half an hour later, the Governor Mark Carney, held a press conference, in order to explain the rationale to justify their decision, in a wide ranging narrative, covering: inflation, Brexit, employment, and growth (domestically and internationally). The conclusion, once the sophistry was removed, is that the U.K. is economically treading water and it’s too early to talk about raising rates, with Brexit looming. If inflation rises the rates might also need to be raised, however, rates might be lowered, as a stimulus measure, if Brexit causes an economic slump.

GPB/USD spiked in a narrow range as the base rate decision was revealed, thereafter, the major currency pair’s price action reverted to continuing the downside momentum, experienced prior to the decision. At 21:35pm U.K. time, cable traded down -0.12% at 1.303, maintaining position above the 1.300 handle and circa 50 pips above the 200 DMA, sited at 1.295. Versus its other peers, sterling experienced mixed fortunes during Thursday’s sessions.

Friday’s critical economic calendar events, centres on the latest NFP jobs created figure which will be published with a raft of other: employment, unemployment, hours worked and wage data, at 13:30pm. The latest Reuters forecast is for 190k jobs created in April, falling from 195k in March. Unemployment is forecast to remain close to a multi decade low at 3.8%, with wages predicted to show a rise of 3.3% yearly and the labor force participation rate remaining at 63%.

In the London-European session at 10:00am U.K. time, the latest CPI data for the Eurozone will be revealed, the Reuters forecast is for a rise to 1.6% annually in April from 1.4%, a figure that could increase EUR speculation if FX analysts and traders believe the ECB may be more inclined to limit any further monetary stimulus. Prior to this release, the latest services Markit PMIs for the U.K. will be published at 9:30am, the prediction is for an improvement to 50.4 in April, from the 48.9 reading printed for March.

« April’s NFP jobs count will be closely monitored for any signs of structural weakness in the USA economy. U.S. dollar firms due to FOMC policy and expectations that NFP numbers might surprise to the upside, sterling falls as Tory party loses seats in local govt areas. »