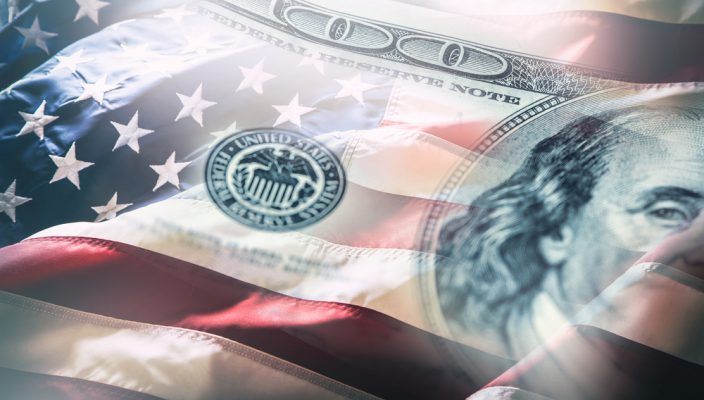 U.S. dollar firms due to FOMC policy and expectations that NFP numbers might surprise to the upside, sterling falls as Tory party loses seats in local govt areas.

May 3 • Forex Trading Articles, Market Commentaries • 3347 Views • Comments Off on U.S. dollar firms due to FOMC policy and expectations that NFP numbers might surprise to the upside, sterling falls as Tory party loses seats in local govt areas.

Shortly after the main London FX market opened, the dollar index (DXY) traded at 97.94, up 0.10%, as marginal dollar strength has returned to forex markets over recent trading sessions. The narrative delivered by Jerome Powell, the Fed chair, after the FOMC announced no changes to the current upper bound interest rate and to their current monetary policy, appears to have placed medium term support under the value of the greenback.

The recent USD gains could continue, depending on the latest NFP jobs number, due to be published this afternoon, at 13:30pm on Friday May 3rd. Whilst the Reuters forecast is for the creation of 190k jobs in April, a slight fall from the 196k created in March, some banking analysts are predicting up to 240k gains, a number which could underpin bullish sentiment for USD.

FX traders who trade USD, or who specialise in trading events, perhaps by way of scalping strategies, should ensure they’re in a position to potentially capitalise on the release. The headline NFP number forms only part of a slew of: unemployment, employment, wages and hours worked data, published at or around the same time during the afternoon. Therefore, analysts and traders can obtain an insight into this facet of the USA economy; if people are working and being paid well, then the USA economy is also working.

At 8:30am U.K. time, USD/JPY traded up 0.02%, USD/CHF up 0.12%, AUD/USD down -0.07%. The Aussie dollar fell versus the majority of its peers, as disappointing building approvals economic data was broadcast, during the Sydney-Asian trading session. The Australian economy has enjoyed significant house price appreciation, whilst undergoing an intense building programme over years. Therefore, any fall in activity is generally viewed as bearish for AUD.

Sterling suffered marginal losses versus several peers, during the early part of the London-European session. U.K. local elections were held on Thursday; voters go to the polls to elect local councillors to run local services. Based on early projections on Friday, the Tories could lose circa 25% of their seats, 1,000 in total, mainly to the recovering Lib Dems and other independents, such as the Greens. Political commentators were citing the result as dissatisfaction with overall Brexit progress, as opposed to local issues, citing that the swing to the Lib Dems, a fervent remain party, was a form of protest vote.

At 9:00am U.K. time, GBP/USD traded down -0.10%, maintaining position just above the 1.300 handle at 1.302, and circa 50 pips above the 200 DMA, as the daily bearish price action caused price to threaten to breach the first level of support, S1. Versus several other peers, sterling also experienced marginal losses. At 9:30am the latest services Markit PMI for the U.K. was published, coming in at 50.4 improving from 49.8. However, new orders have posted the longest series of sub 50 readings since 2009. Markit quickly stated that in their opinion the U.K. economy was now stagnating.

At 10:00am the latest CPI data for the Eurozone was published, the headline rate rose to 1.7% annually in April, from 1.4% in March, beating the forecast of 1.4%, whilst adding support to the belief that the E.Z. bloc is now beginning to show tentative signs of improved economic growth. CPI inflation can often serve as a portent of increased economic activity. EUR/USD failed to react to the news, despite it possibly serving as justification for the ECB to tighten its loose monetary policy. At 10:15am U.K. time EUR/USD traded at 1.115, down -0.18%, threatening to breach the first level of resistance, S1.

« U.S. dollar rises versus peers as FX traders reduce their bets on rate cuts, sterling falls as Bank of England keeps base rate unchanged, but voices fears over Brexit. Interest rate decisions dominate the economic calendar during the trading week. »