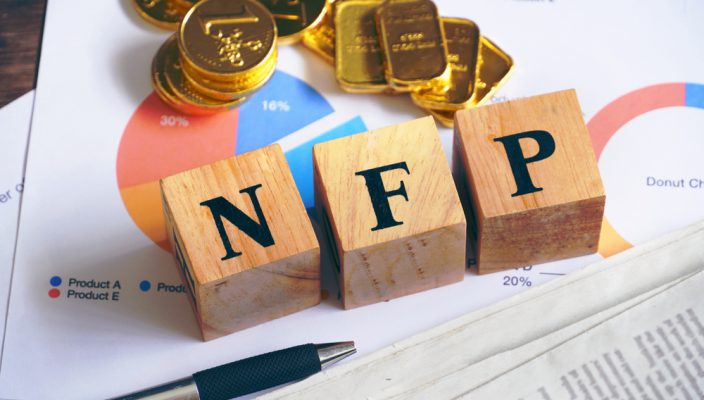 April’s NFP jobs count will be closely monitored for any signs of structural weakness in the USA economy.

May 2 • Forex Trading Articles, Market Commentaries • 3299 Views • Comments Off on April’s NFP jobs count will be closely monitored for any signs of structural weakness in the USA economy.

On Friday May 3rd, at 13:30pm U.K. time, the latest series of NFP jobs data will be published. The key headline figure, which is listed as a high impact event on economic calendars, is the metric indicating the amount of “non farm payroll jobs”, created in the previous month of April. Traditionally, barring bank holidays, the data is published on the first available Friday of a new month. Which can often set a tone for the remainder of the month, because the timing includes any changes, as major firms alter their pay rolls at the month’s end.

Over recent years the reaction, when the key NFP figure has been published, hasn’t caused much movement in the markets, particularly in the value of USD and U.S. equity indices, as USA firms have steadily added jobs. This relative calmness of the recent reaction to NFP data, is in stark contrast to the period of the Great Recession and the subsequent recovery, when the releases of the latest jobs numbers could cause wild fluctuations and whipsaws, in the value of all USD related securities. Despite this recent lack of reaction, FX traders would still be advised to ensure they’re in a position to monitor their current positions, to take advantage of any opportunities which may occur, as the data is published. As the majority of time the figures will cause some kind of a reaction, whether bullish, or bearish.

According to the Reuters prediction, the jobs created number for April, is forecast to come in at 185k, falling from the 196k created in March, which fell from the spike of 312k recorded in January. In between January and March, a slump of 33k was recorded for February. The January to March figures were severely affected by the long government shutdown in the USA, as a new fiscal budget had to be agreed. This wide range of figures is best judged by compiling an average, which reveals a steady increase in the amount of jobs created, over the past year or so. However, many analysts question the quality of jobs created, in simple terms; is the USA replacing one highly paid engineering job with two barista, or other service economy jobs?

There are various portents to the NFP jobs number, analysts will look at the ADP private jobs numbers created in the same month, a figure which is traditionally printed earlier in the same week as the NFP data. They’ll also look at the Challenger job cuts data – a figure which reveals how many jobs have been cut by large corporations during the month. Analysts and FX traders will also closely monitor the latest weekly and jobless claims, to gain an overall perspective of the health of the USA employment/unemployment situation. And at the same time the NFP reading is published, the BLS, Bureau of Labor Statistics, also delivers the latest unemployment rate, forecast to come in close to the multi decade low, of 3.8% broadcast in April.

« The U.S. dollar consolidates in a tight range after the latest FOMC/Fed decision and forward guidance, FX market traders turn their focus to the latest BoE rate setting decision. U.S. dollar rises versus peers as FX traders reduce their bets on rate cuts, sterling falls as Bank of England keeps base rate unchanged, but voices fears over Brexit. »