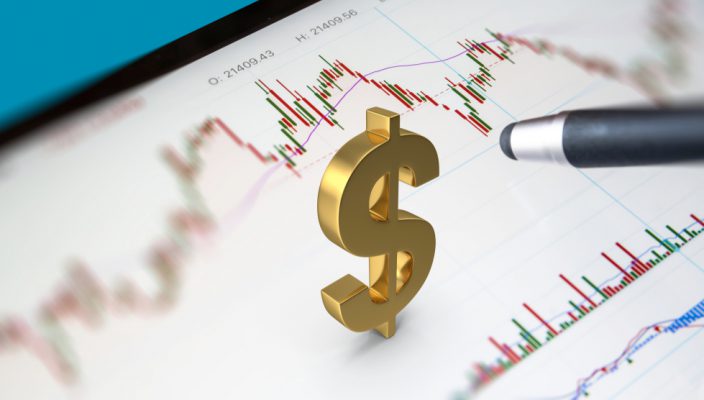 The U.S. dollar consolidates in a tight range after the latest FOMC/Fed decision and forward guidance, FX market traders turn their focus to the latest BoE rate setting decision.

May 2 • Forex Trading Articles, Market Commentaries • 2526 Views • Comments Off on The U.S. dollar consolidates in a tight range after the latest FOMC/Fed decision and forward guidance, FX market traders turn their focus to the latest BoE rate setting decision.

After whipsawing in a tight range versus several of its peers on Wednesday evening, during the period between the FOMC rate hold announcement and the conference held by Jerome Powell, the Fed chair, the U.S. dollar consolidated its position during the Sydney and Asian trading sessions. By 7:30am U.K. time on Thursday morning, the dollar index, DXY, traded down -0.03% at 97.66. Mr. Powell delivered neutral forward guidance, without committing to either an upper bound rate cut to 2.25%, or a raise of the rate above the current 2.5%, over the short to medium term. Mr. Powell cited the usual issues of: inflation, domestic and global growth, employment and potential threats, as reasons to maintain the FOMC’s current, non committal, “wait and see”, dovish, monetary policy outlook.

USD/JPY traded up 0.17% at 111.55, trading in a narrow range, with a daily bullish bias to the upside, above the daily pivot point, whilst threatening to breach the first level of resistance, R1. USD/CHF traded close to flat at 1.018. Futures markets for USA market indices, at 8:00am U.K. time, were indicating a positive open for New York in the afternoon; the SPX future traded up 0.11% and the NASDAQ up 0.17%.

The value of WTI oil continued to fall during the overnight and early morning trading sessions, after the USA DOE published its latest energy inventory figures for oil and gas, which revealed that oil is stockpiling in significant volume in America. Consequently, despite the supply fears due to the precarious position in Venezuela and the Trump administration’s threats to Iran’s clients, the commodities markets have collectively sold off WTI during recent sessions; at 8:00am U.K. time oil traded at £$63.28 per barrel, down -0.50%, surrendering position from above the $66.00 a barrel handle/round number.

European markets will focus on a raft of PMIs which will be published during the early part of the London-European trading session, as Markit publishes the latest manufacturing readings for: Italy, France, Germany and the composite reading for the E.Z. trading bloc. Reuters forecast little change in the readings, collectively FX analysts and traders will monitor the results and move the value of the euro versus its peers accordingly, if the metrics miss or beat the forecasts by any significant measure. At 8:00am U.K. time, EUR/USD traded in a tight range, below the daily pivot point, with the daily price action suggesting a bias to the downside, down 0.01% at 111.9. The euro had failed to make gains versus any of its significant peers, as European markets opened.

Both the U.K.’s political and economic management will come under scrutiny during Thursday, as Parliament is rumoured to be approaching a consensus over the withdrawal deal and the BoE reveals its latest interest rate decision. Rumours have begun to build that both the main Labour and Tory parties will agree wording over a customs union, to ensure the withdrawal agreement will pass through U.K. Parliament. These rumours have supported gains in sterling over recent sessions, particularly rises in GBP/USD, which could evaporate quickly if the rumours prove to be unfounded. Apparently, prime minister May is considering putting a revised proposal to a vote in the House of Commons next week.

The main economic calendar event of the day concerns the latest announcement by the U.K. Bank of England’s MPC (Monetary Policy Committee), on the U.K. interest rates; the current base rate is 0.75%, there is no expectation for a rise when the decision is released at 12:00pm U.K. time. However, focus will quickly turn to the BoE Governor Mark Carney and the press conference held half an hour after the decision is confirmed. FX analysts and traders will search for clues in his narrative, to determine if there’s any forward guidance, indicating a change from the current dovish monetary policy stance.

During Thursday afternoon a raft of medium impact calendar data will be published relating to the USA economy; Challenger job cuts, weekly and continues jobless claims, durable goods orders and factory goods orders will combine to deliver a snapshot regarding the overall health of the USA economy. The cumulative impact, should the data either miss or beat forecasts, might be observed in fluctuations of the dollar’s value.