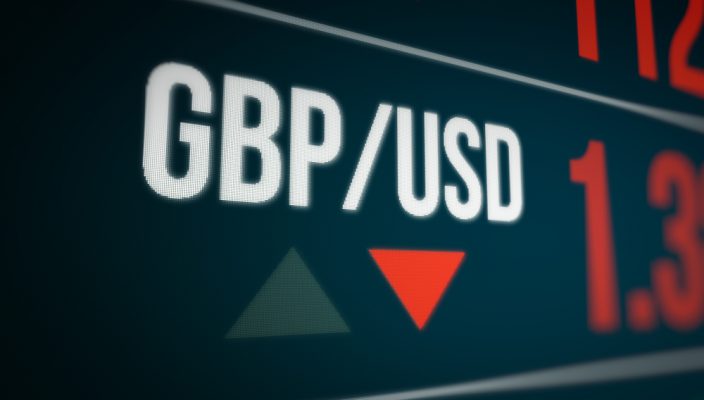 The reasons for the rise in the value of USD were various; the significant rise in WTI oil creates a corresponding rise in the value of USD, certain analysts are predicting USA GDP growth to beat expectations when the data is published on Friday, whilst the new home sales data published for the USA on Tuesday, rose by 4.5% for March, to a one and a half year high, beating the expectation of -2.7%.

Analysts are also considering if, based on solid fundamental economic data and equity markets approaching record highs, whether the FOMC/Fed could consider abandoning their dovish monetary policy and raise the base rate above its current 2.5% level, in the final quarters of 2019. U.S. equity markets approached record highs during the New York session, the SPX closed up 0.87% at 2,933, only 7 points short of its record high. The NASDAQ tech index closed up 1.25%, at 8,155, only 20 points short of a record high, as Tesla fell to lows not witnessed since October 2018, whilst Twitter rose by circa 16%, based on increased income revenues and users.

GBP/USD fell to a two month low during the day’s sessions, at 20:50pm the major currency pair often referred to as “cable”, traded at 1.294, giving up position at the 1.300 handle, whilst trading below the 200 DMA, at 1.296. The pair whipsawed in a wide range, oscillating between initial bullish and extreme bearish conditions, during the day’s sessions. After breaching R3, price violently reversed direction, to fall back through the daily pivot point, to crash through S3.

The behaviour of GBP/USD on Tuesday, was a timely reminder for FX traders, that volatility has returned in direct relation to the issue of Brexit. News emerged in mid afternoon on Tuesday, that the two leading U.K. political parties are highly unlikely to reach an accommodation regarding a legal withdrawal bill. Whilst the internecine civil war in the Tory party reached recent new heights, as several Tory MPs voiced their opinion that Theresa May should resign, or be forced to face another confidence vote. The U.K. FTSE closed up 0.85% on the day, breaching the 7,500 handle, whilst posting a six month high.

The euro experienced mixed fortunes during the day’s trading sessions, at 21:00pm U.K. time EUR/USD traded down -0.33% at 1.122, falling through the third level of support, S3, at one point during the New York session, price breached the 1.120 level. EUR/GBP traded close to flat at 0.863, whilst EUR/JPY traded down -0.40%, breaching S3 and reaching a weekly low. Consumer confidence for the Eurozone came in worse than forecast at -7.9, however, the E.Z. authorities were quick to point out that the reading is still significantly above the long term average and close to recent highs.

Wednesday’s key economic calendar events for Europe concerns the latest, various, German IFO sentiment readings, Reuters forecast the three key readings will remain relatively unchanged, when the data is published at 9:00am U.K. time. The ECB will also publish its latest economic bulletin at the same time, both series of data could impact on the value of the euro and the key E.Z. indices. From the U.K. a series of government borrowing figures will be released at 9:30am U.K. time, the most prominent will be the public net sector borrowing figure for March.

At 15:00pm U.K. time on Wednesday, the latest interest rate decision from Canada’s central bank, the BOC, will be revealed. The Reuters forecast is for a hold at 1.75% for the benchmark rate. Naturally, focus will quickly turn to the accompanying press release, or any monetary policy statement, from the Governor Stephen Poloz, to ascertain if the central bank has changed its current, dovish, policy stance.

« Success in retail FX trading is relative and has to be personal. Aussie dollar crashes versus its peers, as inflation falls significantly, German IFO metrics miss the forecasts, adding to fears that Germany could be entering recession. »