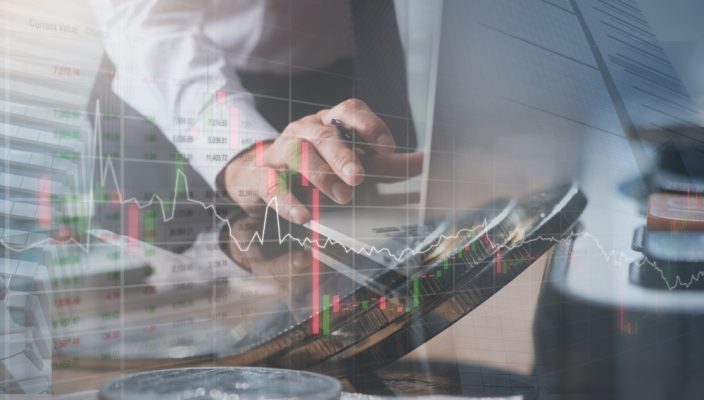 Success in retail FX trading is relative and has to be personal.

Apr 23 • Forex Trading Articles, Market Commentaries • 1835 Views • Comments Off on Success in retail FX trading is relative and has to be personal.

Judging what represents success in retail trading is a highly subjective issue, as all traders are individuals, none think alike and all have different reasons and motivation for trading. One trader’s version of what represents personal success, could be another’s version of failure. All traders have ambitions and targets and all traders decided to engage with the markets, in an attempt to extricate profits, for a variety of reasons. Their visions of what represents success is relative and personal. How to reconcile what’s probable and possible, to then combine these concepts with your personal ambitions, represents one of the greatest challenges retail traders face.

Surprisingly, despite retail FX trading being a highly target based industry, the vast majority of traders are either reticent to reveal, or become confused, when the subject of trading ambitions are discussed. But just as you might set potential daily profit targets, you should also set life targets, in relation to where FX trading can take you. It’s not enough to simply state “I’d like FX to make me rich”, as not only is such an ambition likely to be ridiculed by your peers, it’s also highly unlikely to occur, based on the historic data and metrics, the retail FX industry routinely publishes.

If you peruse the most popular FX trading forums and search for the answer to the question; “how many of you have become rich by trading FX?” the question is met with deafening silence, in terms of positive written responses. The more intelligent and intelligible responses, from the most successful and believable contributors, will contain references to: “fulfilment, personal growth, modest improvement in financial security” etc. No one, with any credible reputation, will claim to have, for example; turned $5k into $500k, or $50k into $5million.

The successful, experienced traders, may have started on their trading journey with unrealistic ambitions, fuelled by their natural ebullience and enthusiasm, emotions which rapidly become tempered, as they engage with markets over the years. Many will testify that if they’d known in the early days what a challenge FX trading represents, they’d have mentally set themselves more realistic targets and ambitions, which they’d have reached earlier and with far less stress. It’s a logical conclusion; if you set yourself a target to become a highly proficient trader, who turns a $5k into a $15k account inside three years, it’s obviously a more realistic and achievable ambition than turning the $5k account, into a $500k account.

The reasons most novice traders don’t attach such realistic targets to their ambitions is a complicated issue, it’s partly based on greed, but more likely related to: wide eyed innocence, arrogance and ignorance. Only engagement with the markets, and the inevitable introduction to failure, in all its forms and manifestations, will imbue traders with the necessary levels of humility, to then trade successfully.

To set your trading targets and establish what represents personal trading success for you, has to involve a deep understanding and acknowledgement of your genuine reasons for trading. And these ambitions must be attached to the level of account you have, particularly if you’re trading in an area that has limited levels of leverage and as a consequence your margin requirements will be affected. If you have a $5k account and your ambition is to achieve 1% account growth per week, before accounting for the compounding growth factor, then you’re aiming to grow your account size to circa $7,500, year on year.

It must be noted that in terms of retail success, such an account growth of circa 50%, would be an outstanding performance, based on the ESMA findings that approximately 80% of retail traders lose money. Now you have to consider that if you set such goals, what your intentions are, in relation to the retained profits. It’s unlikely to materially alter your lifestyle, if you grow your account by $2,500 in a year, but it might; pay for a family holiday, a much needed bit of house decoration, or an extravagant gift. But such a gain won’t be a life changing phenomenon.

What could be life changing is how you’ve arrived at the gains. If you banked the gains by sticking religiously to your trading plan; you obeyed all your rules, never moved stops or profit limit orders,  remained disciplined regarding your circuit breaker losses per day and your drawdowns etc. then that success is possibly more important, than the modest sum you’ll have seen your account grow by. You’ll have developed an edge, a highly personal edge, when matched to your ambitions this powerful breakthrough could provide you with a steady income, allowing you to realise all of your realistic, personal trading ambitions. By any measurement and according to any fellow trader’s opinion, you’ll then be rightly described as successful.

« Canada’s interest rate decision, could determine the course of direction for the Canadian dollar, over the short term. U.S. dollar index reaches a high not witnessed since June 2017, GBP/USD falls to two month low, as Brexit issues return. »