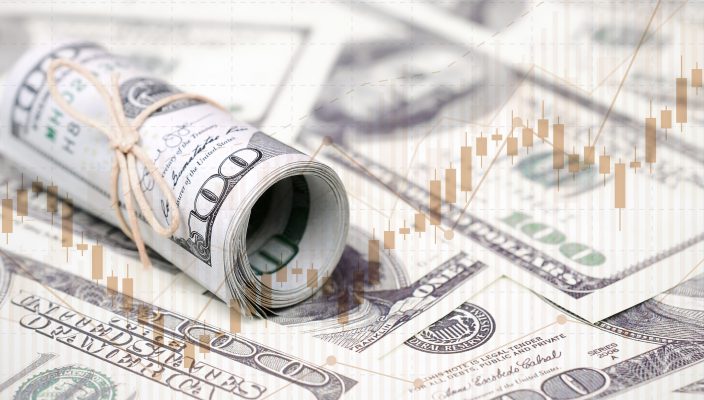 USD endured mixed trading fortunes during Monday’s trading sessions, during a day when several FX trading centres were closed, for the extended Easter, bank holiday, trading period. At 19:45pm on Monday April 22nd, the dollar index traded down -0.10% at 97.28, whilst USD also slipped versus the euro; EUR/USD traded up 0.12%, USD/CHF up 0.12%, USD/JPY up 0.03%. USD/CAD traded down -0.31%, as the threat of sanctions versus importers of Iranian oil, rattled commodity markets.

Over the weekend, the Trump administration announced that its Iranian oil imports waiver for certain countries, was now over. The USA is now using its self appointed exceptionalism, banning all countries globally, from importing Iranian oil. If they refuse to comply, they’ll experience sanctions. Curiously, this will bring the USA into direct confrontation with China, Iran’s major oil client, at a time when the Trump delegation is supposedly negotiating with China, to organise a trade deal. The sanctions would also heighten tensions with the European Union and Turkey, who are the two other major clients of Iran. WTI oil rose by as much as 2.8% during Monday’s trading sessions, peaking at a daily high of $66.01 and at 20:10pm WTI traded at $65.68, a high not witnessed since October 2018, recovering from the multi month low of circa $42.00, recorded in December 2018.

As a commodity currency, the Canadian dollar tends to rise in perfect concert with oil and other commodities, based on the Canadian economy’s huge over reliance on its tar sands oil production. The Canadian dollar rose versus the majority of its peers, in strong contrast to the value of another major commodity currency, the Aussie dollar, which fell versus its peers. Perhaps as a consequence of recent RBA dovish statements and the devastating developments in Sri Lanka, a major market for Australia.

USA equity markets indices traded mostly sideways during the New York session on Monday, registering little in the way of gains. At 20:30pm the SPX traded close to flat, with the NASDAQ trading up 0.12%. The only significant calendar release for the USA economy on Monday afternoon, concerned the latest existing home sales data; in March existing home sales missed the forecast of a -3.6% month on month fall, by coming in at -4.9%. A significant deterioration from the 11.1% rise recorded for February.

The euro made significant gains versus many of its peers during Monday’s sessions, at 20:00pm U.K. time EUR/GBP traded up 0.29%, EUR/CHF up 0.31% and EUR/JPY up 0.21%, with all pairs developing bullish price action during the New York afternoon session, whilst taking the price of all the respective currency pairs through the third level of resistance, R3. The rise in the euro was not based on any economic calendar news, the only major global macro economic event, which could have caused such a rise, related to the aforementioned threats of sanctions related to oil.

Fx analysts and traders will have enjoyed their break, from the subject of Brexit over recent weeks, as the U.K. parliament had their holiday recess. However, the subject will be back on the political and economic radar this week, as U.K. MPs will recommence the process to discover if a route out of the stalemate exists. The next critical date is May 23rd, a date on which the U.K. government has to commit to holding E.U. elections.

The impact of this hurdle shouldn’t be overlooked, as prime minister May had previously insisted the U.K. had no intention of competing in the election for MEPs. Therefore, if a withdrawal agreement cannot be agreed by the date and the U.K. holds European elections, many of her MPs will be seething with rage, increasing chances that her party might find a method to remove her, both as their leader and the U.K.’s prime minister, causing a reaction in the market for GBP.

Tuesday’s economic calendar events, includes the latest March machine tool orders for Japan, a metric that will be published at 7:00am U.K. time, at the end of the Asian trading session and before the London-European trading session opens. Year on year the February figure came in at -28.5%, FX analysts will be looking for a significant improvement. If not, then yen may come under downside pressure. The scheduled releases likely to affect markets in the London-European session, involves the E.U. publishing the latest government debt v GDP ratio. In the New York session at 15:00pm U.K. time, the latest E.Z. consumer confidence reading for April is forecast to show a modest improvement; to -7.0, from the -7.2 recorded for the previous month. From the USA the economic calendar events likely to impact on markets include: the latest house price index, the latest home sales data and the Richmond Fed manufacturing index. Readings that are unlikely to affect the value of the USD, or USA equity indices, unless the forecasts miss or beat the Reuters forecasts, by some distance. Analysts and investors will be looking to gauge if the risk on mood will reappear in USA equities, overpowering any fundamental data or news, once global trading recommences in full, following the Easter weekend break.