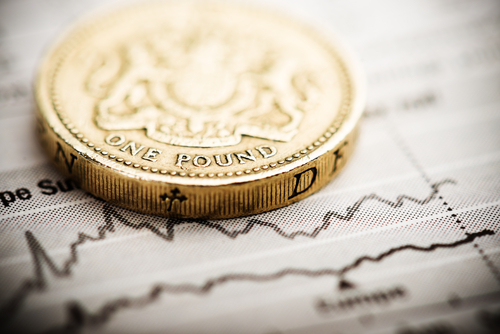 On Thursday evening at an E.U. summit, the leaders of the E.U. 27 finally took control of the Brexit process, by declaring the revised exit dates for the U.K. The March 29th deadline has been moved; if the U.K. parliament can’t agree to the withdrawal agreement, then it exits by April 11th, under a no deal exit. If it does agree the WA, then it has until May 22nd, to finally get the country organised.

These dates and decisions were a disappointment and further humiliation to Theresa May, who’d wanted to leave on June 30th. The E.U. have now forced British MPs to concentrate their minds over the next week, although technically the country now has three weeks to hold its meaningful vote for the third time, to try and leave under the terms of the withdrawal agreement.

Despite the clarity, Goldman Sachs have cut their odds, regarding the process and potential crash out, under a no deal scenario. They’ve cut the chances of MPs voting through Theresa May’s withdrawal deal to 50%, from 60% and raised the chances of a no deal Brexit to 15%, from 5%. At 8:40am U.K. time on Friday March 22nd GBP/USD traded close to flat, oscillating near the daily pivot point, at 1.312. EUR/GBP traded down -0.48% at 0.862, threatening to breach the first level of support, S1. The U.K. FTSE 100 traded down -0.69%, still holding position above the 7,300 round number/handle, at 7,304.

The euro sold off versus the majority of its peers early in the London-European session, as the initial batch of Markit PMIs, published at 8:30am, missed the forecast by some distance. The most noticeable reading concerned Germany’s manufacturing PMI, which fell to 44.7, missing the expectation of 48.0. Which not only suggests contraction as opposed to expansion, in the powerhouse of Eurozone manufacturing, but could also indicate that German manufacturing is mired in recession.

Markit PMIs are looked upon as leading, rather than lagging indicators of purchase manager sentiment, as such they are particularly respected by analysts of European markets. At 9:00am the manufacturing for the EZ missed forecast, coming in at 47.6, with the EZ composite PMI reading coming in at 51.3. At 9:10am EUR/USD traded down -0.60% at 1.130, as bearish price action caused price to fall to S2. EUR/JPY fell by -0.82%, threatening to breach S3. EUR/CHF traded down -0.25%. Germany’s DAX fell by -0.38%, whilst France’s CAC fell by -0.43%.

The U.S. dollar traded up versus the majority of its peers, as evidenced by the dollar index, DXY, trading up 0.42% at 96.72. The index is up 8% yearly, an indication of the impact the Fed rate rises during 2018, have had on the value of USD, versus its main currency peers. However, USD/JPY traded down -0.22%, as yen strength occurred across the board. Japan’s CPI missing expectation and falling annually to 0.20% up to February, could have been the catalyst for the rise, as traders perhaps deduce that the ultra loose monetary policy, put in place by the BOJ, can finally be adjusted.

Focus this afternoon will turn to North America, as both Canada and the USA will publish medium to high impact data, capable of moving the markets, for both the equity indices and the countries’ respective currencies. Canada’s latest annual CPI is forecast by Reuters to come in at 1.4% annually, with a monthly surge in February to 0.60%. This data, particularly the monthly figure, could move the value in the Canadian dollar.

Various IHS Markit PMIs for the USA are scheduled to be published this afternoon, although Markit PMIs historically, have had less of an impact on USA markets. The latest home sales data could improve market sentiment, after posting a negative -1.20% figure for January, February existing home sales in the USA are predicted to reveal a dramatic improvement, rising to 3.20%.