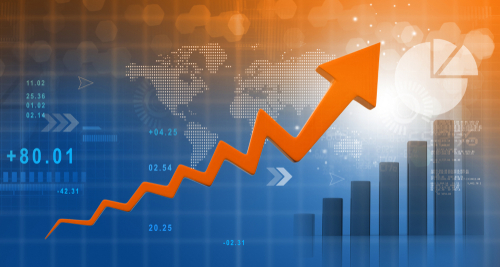 The latest GDP growth figures for: the U.K. France, Canada and the USA, are the outstanding high impact events, FX traders need to remain vigilant of this week

Mar 25 • Uncategorized • 1699 Views • Comments Off on The latest GDP growth figures for: the U.K. France, Canada and the USA, are the outstanding high impact events, FX traders need to remain vigilant of this week

Monday’s significant calendar events begins the week with the latest IFO: business climate, expectations and current assessment sentiment readings, for the German economy. Coming so soon after the poor Markit PMI readings of Friday 22nd of March (for the Eurozone’s largest economy) missed the forecasts by some distance, the results will be carefully monitored when released at 9:00am U.K. time. Readings that miss or beat forecasts, could impact on the value of the euro, versus its peers and the value of Germany’s DAX index.

During the latter parts of the New York session at 9:45pm, before the opening of the Sydney session, the latest data on New Zealand’s: exports, imports and consequently the trade balance, will be broadcast. The expectation is for an improvement in exports and the trade balance. Naturally the value of the kiwi could be impacted.

Tuesday at 7:45pm France’s latest GDP figure will be published, year on year Q4 annually, the prediction is 0.90% growth, with Q4 to come in at 0.30%. Any miss could hit the value of EUR. As the New York session prepares to commence, a slew of data relating to USA housing will be revealed, both permits and starts are forecast to fall in Feb, after a significant rise in January. The Case Shiller house price index for the twenty biggest USA cities, is expected to fall to 4.0% for January. The Conference Board consumer confidence reading is forecast to come in at 132 for March, up from 131.4 in February. This legacy, soft data reading, is one of several respected metrics the Conference Board produces, each month, on the same day.

Early on Wednesday morning, at 1:00am U.K. time, traders who trade the kiwi dollar, need to remain vigilant, as the central bank of New Zealand will announce its cash rate. Widely expected to remain at 1.75%, analysts and traders need to remain focused on any monetary policy narrative accompanying the decision, or revised forward guidance provided by the RBNZ.

At 8:00am the President of the ECB, Mario Draghi, will deliver a speech in Frankfurt. The anticipation is that he’ll cover a wide range of subjects, including any developments on the forward guidance given during the last rate setting meeting, when further monetary stimulus for banks was announced and potential interest rate rises were put back to 2020, at the earliest. His opinion on the state of the E.Z. economy will also be analysed.

In the afternoon, a raft of USA energy data will be published, concerning oil and gas stockpiles, which could impact on the value of WTI oil and gas. The latest trade balance for the USA for January is predicted to come in at -$57.5, an improvement over the unexpected rise to a -$59.8 deficit recorded for December.

On Thursday morning, the latest U.K. Nationwide house price index will be published, it’s expected the figure will avoid becoming negative, year on year, due to a 0.00% reading for March, it should result in a 0.60% rise annually, for U.K. house prices. At 10:00am a range of various Eurozone indices are revealed; economic confidence, business expectations, together with industrial, services and consumer confidence readings. Although listed as low to medium impact, any misses or beats of the data, could affect the value of the euro versus its peers. At 1:00pm the latest German CPI figure is anticipated to come in at 1.5%.

At 12:30pm the latest USA GDP growth reading will be published. Annualised up to Q4 2018, the rate is expected to fall to 2.40%, from 2.6%. Late evening, during the Sydney-Asian trading session, a raft of data concerning the Japanese economy will be broadcast; jobless rate, CPI, industrial production and retailers’ performance. Industrial production falling to -1.20% for Feb, could impact on the value of yen, versus its peers.

The key calendar data to be published on Friday, begins with the latest German unemployment data revealed at 9:00am U.K. time, forecast to fall to 4.90%, from 5%. At 9:30am a significant volume of U.K. data will be delivered by the ONS, including GDP for Q4 and Q4 annually. Q4 is predicted at 0.20%, with 2018, as a yearly reading, forecast to come in at 1.20%. Any miss or beat could impact on the value of sterling versus its peers.

On Friday afternoon North American data comes into focus; at 12:30pm Canada’s latest GDP is predicted to come in at 1.50% annually, a rise from 1.1%. Combined with potential rises in industrial and raw material prices, the data could move the market in the value of CAD, particularly versus USD. Various USA data on: personal spending, consumption and expenditure will be revealed at 12:30pm. As a high impact release, the core PCE metric for January and year on year up to January, will be monitored carefully.