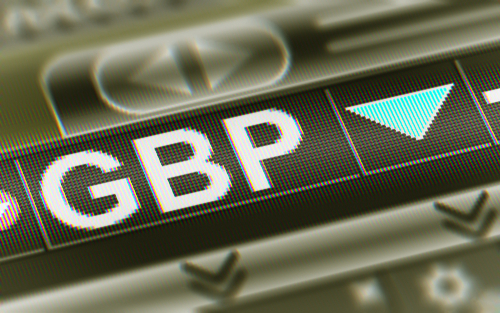 The next chapter of the Brexit debacle was reached on Thursday, as the U.K. prime minister May scuttled off to Brussels, in an attempt to negotiate an extension, to the March 29th leave date. She wanted June 30th, the Council appears unwilling to grant such an extension, given it would indirectly compel the U.K. to engage in the European members of Parliament elections.

The latest reports appear to suggest that the E.C. and it’s members are considering only giving an extension up to April 11th, or at the most May 22nd. However, any extension is conditional on May obtaining a positive vote and consensus through Parliament, for the withdrawal agreement. The next vote, MV3, is yet to be scheduled, it’ll have to be held before Friday 29th, if not then the U.K. simply crashes out, by default. On Thursday the main high impact calendar event relating to the U.K. involved the Bank of England announcing the base rate was remaining at 0.75%, whilst delivering forward guidance relating to the tools the bank has at its disposal, to contain any Brexit fallout.

After slumping yesterday, sterling continued its sell off during Thursday’s trading sessions. At 19:35pm U.K. time, on Thursday March 21st, GBP/USD traded at 1.308, down -0.85%, oscillating close to the second level of support S2, after threatening to break through S3. Price is close to the 200 DMA, sited at 1.297, a critical metric which many institutional level traders, could be monitoring. GBP/JPY and GBP/CHF both traded down -0.75%. EUR/GBP traded at 0.868, up 0.38%, trading close to the first level of resistance, R1. The U.K. FTSE 100 rose in a opposite and correlated reaction to sterling falling. The index closed up 0.88%, reaching 7,355, a height not seen since the first week in October 2018.

The USA equity indices rallied during Thursday’s New York session, after investors absorbed the impact of yesterday’s unexpected dovish statement by the FOMC and Fed chair Jerome Powell. In which he intimidated that the FOMC would not raise rates until 2021, whilst the quantitative tightening exercise; to shrink the Fed’s $4.3 trillion balance sheet, will be suspended. Jeans maker Levi Strauss made its stock market debut, rising by 32% on the day, giving the clothing firm a market capitalisation of $8.3b and market confidence in the further IPOs, set to come to market throughout 2019. The SPX traded up 1.16% and the NASDAQ up 1.42%, as the risk on mood enveloped USA equity traders, despite the doubts that the Trump administration team will return from China with little achieved, regarding the trade war and tariff imposition. The latest weekly unemployment claims data for the USA beat forecasts, whilst the leading index for the USA economy also beat the prediction of 0.1%, coming in at 0.20% for February.

On Friday morning, from 8:30-9:00am U.K. time, a raft of IHS Markit PMI readings relating to the Eurozone are published. Services, manufacturing and composite metrics will be published for: France, Germany and the wider Eurozone. Although classed as medium impact events, the cumulative impact, if the readings miss or beat expectations, could cause Eurozone indices and the value of the euro to come under scrutiny. Canada’s retail sales figures and the latest CPI data will be published at 12:30pm, both readings could impact on the value of the Canadian dollar versus its peers.

At 13:45pm, several Markit PMIs for the USA economy will be published, although USA based analysts and traders tend to rank the indicators lower for the USA economy, in comparison to the ISM readings. Wholesale inventories data will also be published, market contributors might cross reference this information with the recent retail sales and durable goods orders. At 14:00pm U.K. time, the latest house sales data will be published, the forecast is for a rise to 3.20% in February, from -1.20% in January.