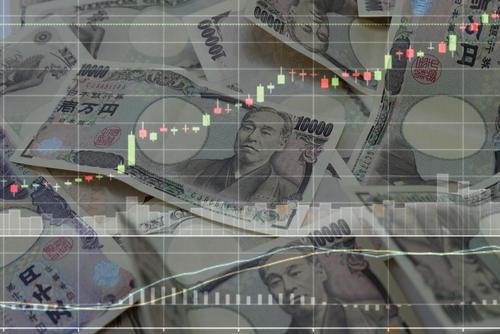 By Thursday morning, the U.S. dollar had stabilised its Wednesday evening sell off, caused by the FOMC interest rate hold announcement and the dovish monetary policy statement, broadcast by Jerome Powell after the announcement. Mr. Powell hinted that the “normalisation” process; to take the key interest rate up to circa 3.5% by the end of 2019, was no longer a target and that 2021 could be the likely time when the key rate would rise from 2.5%. He also stated that the Fed would stop its quantitative tightening efforts and no longer attempt to reduce its circa $4.3 trillion balance sheet.

Mr. Powell’s reasons for the volte-face included his belief that the USA economy was facing many threats on the horizon, however, these apparent threats were not mentioned in Q4 2018, or in January 2019. GDP, employment and inflation data is within a six month narrow range, whilst USA equity values have recovered the shock sell off, experienced in Q4 2018.

The surprise FOMC narrative and dovish forward guidance, caught investors and FX traders by surprise, as USD slumped during the evening session, versus its peers. At 8:50am U.K. time USD/JPY traded close to the 110.0 handle at 110.69 down -0.23%, after crashing through the 200 DMA, sited at 111.42. USD/CHF also fell through the 200 DMA, sited at 0.991, giving up the 1.000 parity position. After USA equity indices sold off sharply on Wednesday, futures markets on Thursday were indicating a close to flat open for the New York trading session; SPX up 0.03% and NASDAQ down -0.07%.

Yen gained versus several peers, during the Sydney-Asian trading session, at 23:50pm on Thursday evening the latest CPI data will be published for Japan, Reuters forecast a year on year rise to 0.30% from 0.20%. Although on the face of it’s only a modest rise, it could impact on the value of yen if the forecast is met, if analysts and traders translate the data as indicative that the BOJ stimulus is working, therefore it’s bullish for yen, as the ultra loose stimulus policy may end earlier.

The U.K. Bank of England will reveal its latest base interest rate decision at midday on Thursday, the widely held expectation, from news agency analysts and other sources, is for the rate to remain unchanged at 0.75%. Mark Carney and his team will hold a press conference after the announcement, to justify the rationale for its decision, whilst delivering a monetary policy statement. Naturally, the subject of Brexit will feature heavily in the BoE narrative, as the U.K. is currently scheduled to crash out, without a deal on March 29th, only seven working days away.

The expectation is that the BoE will reveal it stands ready to support the U.K. economy to prevent it falling into recession, possibly by holding an emergency monetary policy committee (MPC) meeting, shortly after the exit, whenever that is. A similar exercise in June 2016, prevented the U.K. economy sliding into immediate recession, as the BoE provided a combination of up to £165b of Q.E. and direct bank lending stimulus, whilst lowering the base rate to a record low of 0.25%, a rate held from June 2016 to November 2017.

At 9:15am U.K. time sterling had arrested the sharp sell offs witnessed during Wednesday’s trading sessions, But was still trading down versus the majority of its peers. GBP/USD traded close to the first level of support S1 and down 0.27% at 1.316, giving back the gains made during the week, but still trading above the 200 DMA, sited at 1.299. GBP/JPY followed a similar, bearish, price action pattern, trading down -0.50% at 145.3, threatening to breach the 200 DMA, sited at 144.6. The U.K. FTSE 100 reclaimed position above the 7,300 handle, up 0.41% in the morning session at 7,320. Retail sales for the U.K. came in at 0.40% beating the -0.40% MoM prediction. The ONS and analysts suggested stockpiling in preparation may be the cause, despite food shopping falling by -1.5% MoM.