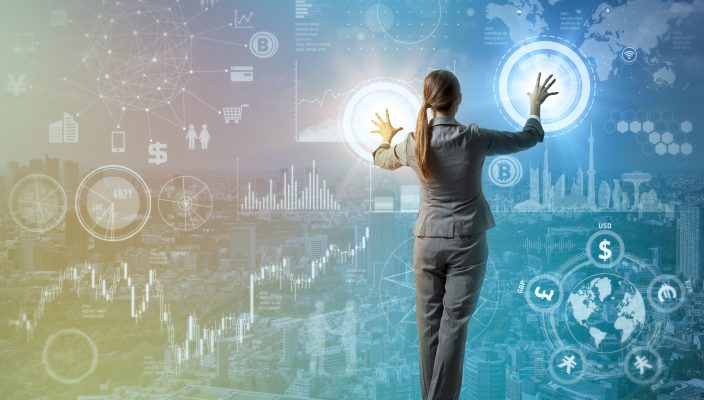 Trading noise in the FX markets can lead to devastating losses, however, the methods to avoid such damage are obvious, but often ignored.

Apr 29 • Forex Trading Articles, Market Commentaries • 1850 Views • Comments Off on Trading noise in the FX markets can lead to devastating losses, however, the methods to avoid such damage are obvious, but often ignored.

FX traders will often come across the phrase, “trading noise”. It’s a highly common phenomenon and occurrence, based on the estimates that FX currency markets (and the associated pairs) trade in ranges, far more than trading in easily identifiable trends. The estimates of the variance between range and trend trading, is often put at 80-20%; markets range or trade sideways, for 80% of the time FX markets are open.

This estimated figure is varying constantly and is subject to analysis, based on the various indicators used to identify ranging, or trending markets. For example; technical indicators such as the ATR (average true range), could be used to determine daily ranges and their changes, or indicate possible breakouts.

On a visual basis, traders can easily identify, on many time frames, even if the percentage breakdowns aren’t precise, FX currency pairs moving sideways, far more than they trend. Traders also begin to develop an instinct that if a currency falls or rises by 0.50% in a trading day, this represents quite a significant range move. A move above or below 1% in value, is a relatively rare occurrence, generally related to: breaking news events, political developments, or a reading missing or beating a forecast, by some distance. Such a value could indicate a breakout to increase a current trend, or represent a change in trading direction.

This sideways movement can prove to be highly frustrating for retail traders, particularly novice traders, who are trying to come to terms with all the complexity involved with trading and who are in the process of putting together their trading plans. But it’s a phenomenon you have to learn to cope with, because it’s an inevitable, inescapable aspect of trading FX. Naturally, if you prefer to trade off lower time frames, perhaps as a scalper or day trader, you’re far more likely to trade noise, or over trade.

It’s important to recognise what noise actually is in the FX markets, as one trader’s noise is another trader’s opportunity. For example; a swing trader might regard a 30 pip daily range as noise, after price action has caused price to whipsaw during the day, between bullish and bearish conditions. To then remain relatively unchanged, on an end of day basis. Whereas, a scalper may have enjoyed the day’s experience and effortlessly banked the gains, perhaps 15-20 pips, as price moved in one direction, or another.

Defining and isolating what represents FX market noise is and avoiding its trap, should be a simple process. A definition could be trading for no reason; taking random, knee jerk trades, based on hunches, versus any identifiable market changes. For example; you’re bored, you’re desperately trying to force a trade, you place a trade in the market, based on no evidence of direction and underpinned by no underlying news release, or any other related factors. You have no target and no stop. This reckless trading habit can seriously damage your bottom line and lead to over trading, unless it’s quickly addressed.

There are many suggestions as to what measures you can embed in your trading plan, in order to avoid becoming trapped in a damaging cycle of noise trading. You need to limit your trading  to easily definable price action, which relates to breaking news events. If you see a sudden movement in price and it doesn’t relate to any economic or political developments, then why trade it? Firstly; it might be random movement. Secondly; you may have already missed the opportunity.

Your basic rule could be; never to take a trade that you can’t justify. Instead, simply sit on your hands. If you develop the habit of trading movements that don’t relate to fundamental market events, which cause corresponding price action to materialise on your charts, then where and when do you stop? How can you possibly trade without any rules, by just obeying instincts and trading in a freehand manner? How can you build a trading plan, with all the necessary rules and factors contained therein, if you revert to taking random market bets? Quite simply, always have a reason, baked up by theory, to justify any trade. If no justification is apparent, then stay out of the market, until your conditions are met.

« GDP readings for the Eurozone and Canada could impact on both EUR and CAD, as the data is published on Tuesday. U.S. equity market indices print record highs, as USD falls versus major peers. »