Think you've had a bad year? Think again, Citibank may face a $7 bn currency loss on the dollar… 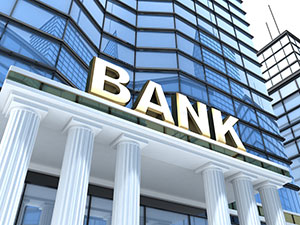 We've read many tales of trading woe over the past twelve months, from the 'whale trader at JPM, to KwekuAdoboli. Adoboli was a City trader who almost destroyed the banking giant UBS through increasingly reckless illicit deals, who was eventually convicted of what police described as "the biggest fraud in UK history".

Adoboli racked up eventual losses for UBS of over £1.5bn during his three years of secretive off-the-books trades. At one point the potential liabilities totalled more than £7bn, a sum described by prosecutors as sufficient to "bring down the bank". There was always one part of the Adoboli 'crime' that the mainstream media didn't quite grasp, but will have no doubt immediately registered as fascinating for traders. Moving aside the actual loss of £1.5 billion his recovery, from £7bn down at one point, was in fact remarkable. He actually recovered £5.5bn of losses. Had he recovered to 'par' his great escape would surely have ranked as one of the most audacious in banking history.

Now according to a famous investor another institution is facing a seven billion loss, this time it's dollars and not pounds, there's a critical difference; there's no fraud or foul play, just straight forward incompetence. However, the crucial game chanigng difference between the two positions is that this famed investor and analyst doesn't see how Citibank can recover from its self imposed position…

Citigroup Inc. could lose up to $7 billion on currency swings according to Charles Peabody who leads research at Portales Partners LLC. This prediction puts the analyst at odds with banking analyst peers who believe the best performer among big U.S. banks in the year ahead will in fact be Citbank. Charles Peabody estimates Citi will lose $5 billion to $7 billion in capital this year if the dollar gains against the yen, euro and other currencies in emerging markets, which provides half the firm’s profit. This would represent its worst loss in five years, exceeding the $3.5 billion deficit in 2011.

Now Peabody has some form for critical market predictions, having predicted the mortgage market’s plunge way back in January 2005. He believes that Citibank's reliance on revenue from abroad, particularly currency positions, could hurt the bank more than U.S. rivals, if we enter into a global period of economic contraction.

“Those currency risks are worth taking if the high-growth prospects are there. But if global growth falters, then those risks get magnified and growth doesn’t offset the currency risks.”

What is intriguing is how, despite ever increasing regulation as a consequence of the banking collapse in 2007/2008, this glaring hole has escaped analysts' attention. Indeed, Citigroup’s stock will climb approx. seven percent, to $55.67 within the next year, according to the analysts' estimates compiled by Bloomberg. Peabody believes Citigroup shares could fall by as much as fifty percent despite the fact that the lender has been the best performer in the KBW Bank Index, jumping 87 percent in the 12 months.

A seven billon dollar loss on currency positions would not be terminal for Citibank, however, questions must be asked as to how and more importantly if banks are finding increasingly more sophisticated methods to hide their losses from the peering eyes of the ratings agencies. When someone of Peabody's repute, who also had an uncanny knack of predicting the collapse of the mortgage market, (which in turn led to the last banking collapse), predicts a seismic 'event horizon' we have to sit up and take notice.

« A Trillion Here, a Trillion There, It Soon Adds Up… Between The Lines, Morning Roll Call »