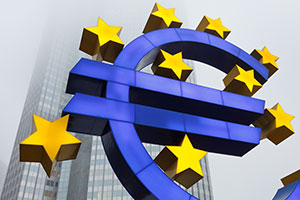 The  greenback falls too much; up steps a Fed official to pump up the volume across the various media frequencies. The euro rises too much; up steps an ECB official, or politician with some weight and credibility to talk down the euro. The yen rises too much, well you've got the picture by now. Why this battle has commenced and where the end game will take place is a story for another day. But one thing is for sure, whilst this environment exists the opportunity for 'pip harvesting' by forex traders is superb. The volatility, the activity and the swings are as extreme as we've witnessed in recent times. Hopefully many of our clients are benefitting.

There's a series on UK tv at the moment, it's called "The Americans". What's it about? I'll be brief…

Two Russian spies, as a married couple, are operating in 'white picket fence' land in America, spying on the USA during the 1980's. Whilst not at the peak of the ridiculous "reds under the bed" paranoia, that the USA administration managed to brainwash their citizens with back in the day, the series shines a light into the environment and atmosphere that permeated throughout USA society for over five decades, or more. To be honest the series isn't that good, it's a bit weak, but it's worth 'setting the box' to record. Why do I mention this series? Well in the current climate you'd be forgiven for thinking there's a currency war between Europe, Japan and the USA taking place on a daily basis…

The latest battle of sophisticated words came from ECB Executive Board member Peter Praet, who said on Tuesday afternoon that the central bank is paying "great attention" to euro zone inflation, currently below its target. The ECB cut its main refinancing rate to 0.5 percent and kept its deposit rate at zero at its May policy meeting. It kept rates unchanged in June. But annual euro zone inflation at 1.4 percent remains far below the ECB's target of below, but close to, two percent.

"There is room for action in the standard measures. The discussion about standard measures is quite rich and quite interesting. But the question of course, if you go into negative rates – which is not impossible conceptually – you have a very big difficulty there from an economic point of view, as the time value of money becomes negative. In exceptional circumstances all the instruments can be used. When you talk about negative rates, it is part of the arsenal central banks can use". However, Praet added,  that negative rates might have "unintended consequences".

Mr. Praet's comments came after Mr Bullard of St Louis Fed suggested on Monday that there'd be no slowdown in the latest USA Fed stimulus programme and BOJ officials gave a conference explaining their current policy in the early morning Tuesday session, which sent the Nikkei into temporary free fall, whilst yen surged. I fear this game of 'central bank thrones' has plenty of life left in it.

EUR/USD is currently quoting at 1.3311, having made considerable gains in Tuesday's sessions, oscillating between the low of 1.3239 and the daily high of 1.33175.

The Aussie is still under considerable pressure from all sides, Tuesday's low was 0.9325 and the high was 0.9475 versus the USD. At the time of writing this major commodity currency pair is printing at 0.9435.

Day two of the German constitutional court hearing could provide some fireworks for traders holding positions in the euro. The UK's jobless rate and the claimant count are due for release in the London session. The unemployment rate is forecast to remain the same at 7.8%, whilst the claimant count is predicted to rise moderately.

The data covered includes the N.Z. rate statement, a press conference, the official cash rate and a monetary policy statement. With New Zealand's base interest rate being so out of step with many other countries' currencies, the possibility exists for some extreme volatility during the Royal Bank Of New Zealand's lexicon of publications late on Wednesday evening.

« Think you've had a bad year? Think again, Citibank may face a $7 bn currency loss on the dollar… Between The Lines, Morning Roll Call »