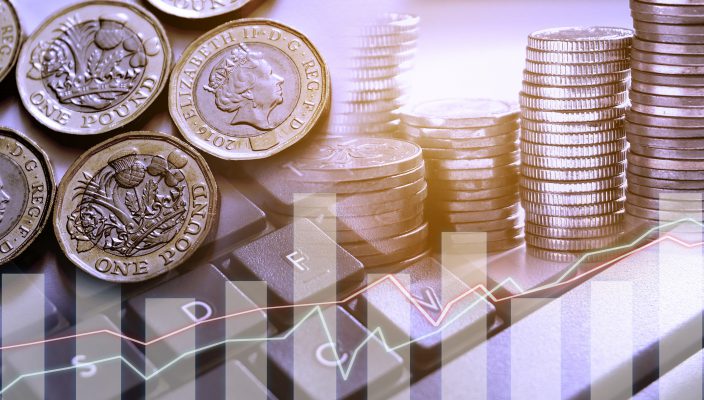 The value of GBP as a new prime minister is appointed and the value of USD and U.S. equities as GDP is printed will be the week’s main focus

Jul 22 • Forex Trading Articles, Morning Roll Call • 2184 Views • Comments Off on The value of GBP as a new prime minister is appointed and the value of USD and U.S. equities as GDP is printed will be the week’s main focus

According to a weekend poll conducted by the polling firm You Gov, Tory voters are approximately 75% in favour of Boris Johnson becoming the next U.K. prime minister, with only 25% for Jeremy Hunt. The voting-decision will be announced on Wednesday July 24th although by Monday 22nd the Tory party hierarchy will already know the result. The Tories challenge will be how to spin the outcome in order to prevent no-deal Brexit fears growing once Johnson takes up the office.

FX markets may have already priced in the outcome for the U.K. pound based on Johnson being the overwhelming favourite during the voting process. Alternatively, based on markets being mostly reactive as opposed to reactive, GBP could rise or fall based on Johnson’s first acceptance speech and the cabinet of ministers he appoints. GBP/USD is still trading close to the recent two year lows printed last week, whilst EUR/GBP is trading close to seven month highs with many analysts predicting parity with both USD and EUR if a hard, Johnson induced Brexit occurs.

Philip Hammond, a chancellor of the exchequer who has been respected by the City of London, has already resigned and packed his bags rather than wait to be sacked. His replacement will be carefully scrutinised by market participants based on the lack of obvious talent available in the Tory ranks (with City and financial experience) who are friendly with Johnson. The U.K. could get its first female chancellor, Nicky Morgan, who could prove to be an imaginative and refreshing choice.

The ongoing Brexit debacle and the appointment of the new P.M. are the major fundamental issues regarding the U.K. this week. Other notable economic calendar events include various CBI metrics which will reveal the sentiment of British industry for the month of July. Reuters are forecasting a slump in many of the various readings, the business-optimism index is predicted to come in at -20 for July when the reading is printed at 11:00am U.K. time on Tuesday. This would represent a multi-year low and bring into question the validity and credibility of the recent ONS data, which suggested retail sales have risen as has GDP.

The USA economy will come under the microscope on Friday as the latest GDP readings are published. The expectation is for GDP to have fallen to 1.8% from 3.1% on an annualised QoQ basis for Q2. Such a Q2 level could give credence to the claims that the growth in the USA is financial growth only, as exhibited by the record high equity markets underpinned by excessive debt. Durable goods order data and various house building and home resale metrics, may deliver an indication of the depth of USA GDP strength.

Analysts, investors and traders will be concerned that there’s little evidence that Wall Street growth is trickling down to Main Street. However, this week is a busy session for earnings results, therefore, if earnings beat forecasts equity markets and the indices could have the justification to print new record highs. The SPX lost -1.23% last week while the NASDAQ lost -1.36%. The dollar index, DXY, rose by 0.35% as the bets for an interest rate cut by the FOMC at the end of July have reduced. Those bets could increase if the GDP figure comes in at 1.8% for Q2.

There are various IHS, Markit Eurozone PMIs published on Wednesday morning. Mostly rated as low or medium impact prints, analysts and traders will focus on Germany’s manufacturing PMI and the overall composite readings for the E.Z. Thursday’s main high impact calendar event for the E.Z. involves the announcement of the interest rate decision at 12:45pm U.K. time. The widely held consensus is for a hold at 0.00% with deposits to remain mired in negative territory at -0.40%. Attention will quickly shift to ECB President Mario Draghi’s speech at 13:30pm when he’ll explain the rationale behind the decision and provide forward guidance in relation to the ECB monetary policy. It’s during his explanation and press conference that the value of the euro is most likely to fluctuate. EUR/USD is down circa -0.45% weekly as USD strength returned last week across the board.

Japan will reveal the latest machine orders figure for June on Tuesday morning, the May figure was a stunning -38% down year on year. With low inflation, low GDP and debt v GDP of over 300%, the Japanese economy continues to walk a tightrope. The latest manufacturing Markit PMI for July will reveal any improvement after the May figure indicated contraction when the figure came in below the 50 level at 49.3.

Speculation in the antipodean dollars will increase as the latest New Zealand trade balance, export and import data is revealed on Tuesday evening. Australia’s services, manufacturing and composite PMIs will also be published as the Sydney trading session begins. On Thursday morning the Governor of Australia’s central bank Mr. Lowe will deliver a speech in Sydney. Naturally, his comments with regards to the RBA’s monetary policy management, will cause speculation in AUD to increase.

As commodity-currencies both the AUD and NZD combined with the CAD, will be sensitive to oil market reaction regarding the current tensions occurring between: Iran, the U.K. and the USA in the Strait of Hormuz. WTI slumped by -7.61% in the previous week to end the week at $55.6 as tensions reduced. Top oil exporter Saudi Arabia needs oil to be priced at $80-$85 a barrel to balance its budget this year, according to the International Monetary Fund. Russia needs a break-even price of $53 as do USA offshore-drillers and frackers.

The price of gold rose to a six year high during last week’s trading sessions, silver and palladium also witnessed significant rises. Seasonal factors such as festivals and ceremonies in Asia are not in play. Therefore, the only logical explanation for the rise of precious metals over recent weeks is based on the safe haven appeal of precious metals. Copper is only up 0.27% yearly so there’s no evidence that rare earth metals are experiencing industrial demand.

« Oil rises after Iran drone shot down, global markets rise as bets increase the FOMC will announce a rate cut on July 31st In a quiet day for economic calendar news focus will turn to GBP as the Tories complete their leadership vote ballot »