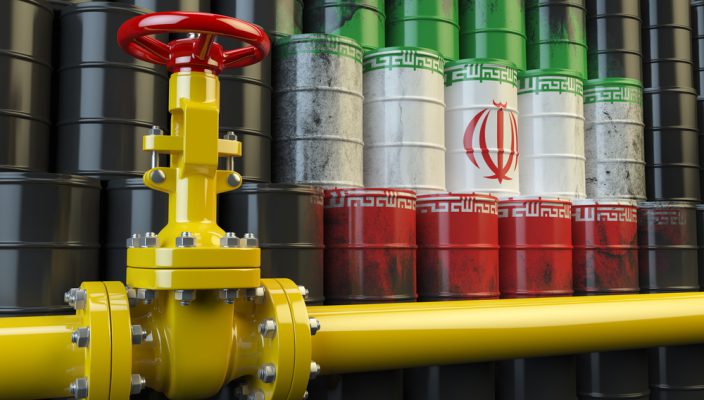 Oil rises after Iran drone shot down, global markets rise as bets increase the FOMC will announce a rate cut on July 31st

WTI oil had sold-off sharply on a weekly basis as the tensions relating to safe sea-passage of energy through the straits of Hormuz, the busiest shipping-lane for the transport of oil on the planet, reduced significantly. However, tensions were suddenly escalated on Thursday evening as news broke that a USA warship shot down a drone in the Hormuz which the USA navy deduced was a Iranian threat. Iran denied the confrontation whilst other analysts suggested the drone was a small loss that would not resemble the $240m Global Hawk surveillance aircraft the USA lost after it was shot down by Iran in June. Iran also commandeered a tanker in the area on Thursday morning which it stated was smuggling oil.

In response to these incidents WTI oil traded up 1.05% on Friday morning at 8:30am U.K. time, but still traded down circa -6.98% on a weekly basis. Gold faded from its six year high trading at 1441.2, down -0.43% and up 17.02% yearly. U.S. equity index futures were unaffected by the developments in the Hormuz; SPX traded up 0.34% and the NASDAQ up 0.59%. The only significant economic calendar event for the USA this afternoon involves the publication of the latest series of Michigan data which is carefully monitored for signs that industry and manufacturing in the USA is powering ahead. The Reuters forecast is for a July sentiment reading of 98.8 when the data series is published at 15:00pm U.K. time.

Market sentiment in Chinese equity markets improved as increased tariff fears have reduced despite this week’s threats by the Trump administration. The CSI closed up 1.08%. Japan’s Nikkei recovered after Thursday’s loss closing up 2.00% on Friday. Overall Asian market optimism improved based on the increased bets of a FOMC rate cut. European indices also rose in the early stage of the London-European trading session after U.S. indices closed up on Thursday ending a three-day losing streak; at 8:45am the U.K. FTSE 100 traded up 0.61% the DAX up 0.75% and the CAC up 0.78%.

The dollar index, DXY, traded up 0.05% registering early gains versus the majority of its peers after USD experienced a sharp sell-off across the board during Thursday’s trading sessions, which occurred due to Mr. Williams of the Fed delivering a dovish policy statement that increased the bets the FOMC will announce a rate cut on July 31st. At 9:00am U.K. time USD/JPY traded up 0.35% and EUR/USD down -0.13%. Despite trading up 0.29% on the day the death-cross, when the 50 and 200 DMAs cross to the downside, occurred on the daily time-frame of USD/CHF last week as investors took refuge in the safe haven asset of the Swiss franc.

Sterling has experienced a small bounce against many peers over recent sessions due to several factors. Firstly, the latest retail data published by the ONS on Thursday, revealing that retail sales rose by 1.0% in June, improved overall economic sentiment for the U.K. economy. Secondly, the fears of a no-deal exit faded as U.K. parliament passed motions making it extremely difficult for a Tory government to push through such a process. Thirdly, Michel Barnier, the chief European Union negotiator, suggested the E.U. may be prepared to look again at the issue of the Irish border.

At 9:15am GPB/USD traded down -0.18% taking the monthly loss to -1.37% as price traded close to the 1.250 handle/round number at 1.252. EUR/GBP traded up 0.15% while GBP lost ground against all of its main peers with the exception of gains posted versus JPY which exhibited weakness across the board. The latest government borrowing figures for the U.K. indicated a deteriorating situation as the public sector net borrowing reading came in at £6.50b for June, missing the forecast of £3.3b by some distance and rising sharply from May’s £4.5b figure. In a direct comparison and further indication of the sudden and sharp rise, the figure for June 2018 was £2.68b. The euro recorded gains versus the majority of its peers in the morning session as the seasonally adjusted current account for the single currency trading-bloc came in at €29.7b yearly in May, rising from €20.9b in April.

« U.S. equity indices recover, oil slips as tension eases while USD slumps The value of GBP as a new prime minister is appointed and the value of USD and U.S. equities as GDP is printed will be the week’s main focus »