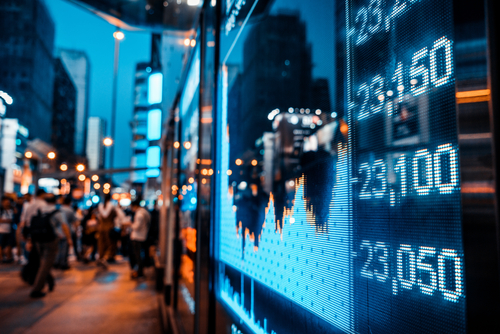 The ongoing China-USA trade talks, Japan’s CPI, the FOMC minutes and a raft of PMIs relating to Europe, are the key high impact calendar events to monitor this week

USA equity markets finished with a flourish on Friday February 15th, the DJIA closed up 1.74% and the SPX up 1.09%. The implementation of a national emergency by Trump, to get funding for his Mexico border wall, was not enough to dent market confidence, as optimism developed in the New York trading session, that the USA-China trade/tariff talks would result in a positive outcome.

March 1st is set as the cut off day for an agreement to be reached, to prevent 25% import tariffs becoming applied to $200b of Chinese imports into the USA. This crude threat by the Trump administration, appears to be a blunt exercise by the USA govt, to begin reducing its massive trade deficit with China, in theory by circa $50b in 2019. However, in a globally interconnected economy, such simplistic calculations are unlikely to find a solution, if implemented.

Any failure to reach an agreement could result in the USA equity markets fluctuating and the U.S. dollar coming under increased scrutiny, during the trading week. The impact on currencies and equity markets could extend to other global markets, most notably Asian markets, which have enjoyed a significant rally in 2019 year to date. Despite a sell off in Chinese equities on Friday, as the CSI closed down 1.86%, the index up 10.9% in 2019. Similarly, the main Japanese markets have experienced a positive start to 2019; despite closing down 1.1.3% on Friday, the NIKKEI index is up 4.43% year to date in 2019.

But that recent rise has to be seen in context with the fall to 20,900 on Friday in Japan’s leading index, from the high of circa 24,450, printed in 2018. And all Asian equity markets will most likely suffer falls, if the the USA-China relationship deteriorates. Japan’s govt might also be on the Trump administration’s radar, if they believe the circa $70b annual trade deficit with Japan needs addressing. Yearly, USD/JPY is up circa 4.06%, putting an effective cap on the trade deficit with Japan, for now.

On Sunday evening the latest machine orders for Japan will be published, the expectation is that YoY a rise of 3.4% will be registered. Yen may come under increased scrutiny due to this release, if it misses or beats the forecast. The latest inflation figures for Japan could also return focus to Yen, when the latest inflation figures for the globe’s 4th largest economy are published later in the week, on Thursday 21st at 23:30pm. According to the latest Reuters forecast, the CPI key inflation rate has fallen to 0.2% from 0.3%, in January YoY. Other calendar news regarding the Japanese economy this week, which could impact on the value of yen, includes the latest export and import figures, which are forecast by Reuters to deteriorate YoY up to January, although the overall trade balance is forecast to reveal a healthy improvement.

Notwithstanding the ongoing trade disputes and other potential political developments, there are several high impact calendar events that could impact on the value of USA equity markets and the value of the USD during the week. Most notably; the minutes for the January FOMC meeting will be published. The culmination of which saw the key interest rate remain unchanged at 2.5% as Jerome Powell, the Fed chair, delivered a dovish monetary policy statement.

Historically, the FOMC minutes have the ability to move the market in USD versus its peers, particularly if the forward guidance contained in the minutes, appears to deviate from previous commitments. Investors and speculators will be looking for any evidence that the FOMC/Fed are looking to reverse their previous commitment; to raise the interest rate up to three times, during 2019.

The major high impact calendar news for Europe during the week, involves the latest IHS Markit PMIs, which will be published on Thursday. The Eurozone’s, Germany’s and France’s: manufacturing, services and compare PMIs, will be revealed. Analysts and FX traders will carefully review the readings, for signs that any sectors are possibly flirting with recession. Readings above 50 signify growth, below 50 represents contraction.

The ongoing drama of Brexit will rank high with FX traders, who specialise in trading sterling currency pairs this week. As during the preceding week, pairs such as GBP/USD, occasionally whipsawed in wide ranges, whilst maintaining an overall bearish outlook, as various news stories concerning Brexit broke. During this week the main medium high impact calendar news concerning the U.K. involves the latest public sector net borrowing figures, which are forecast to have worsened for the month of January. Excluding banking groups, the deficit is forecast by Reuters to come in at -£10b for the month, versus £3b in December.

Such a deterioration of the forecast (if met), might take investors and speculators by surprise. Naturally Brexit might be used as a ready made excuse, likewise the time of year, in relation to tax receipts, may be blamed. Whatever the rationale, the figure (if as forecast) would punch a hole in the U.K. chancellor’s budgetary planning. The latest unemployment data for the U.K. is also published by the ONS on Tuesday, who are continuing to maintain a figure of 4% as an unemployment rate, despite the U.K. media announcing the loss of tens of thousands of jobs each week in 2018. Such consistency may begin to being into question, both the methodology and credibility of the ONS employment and unemployment data.