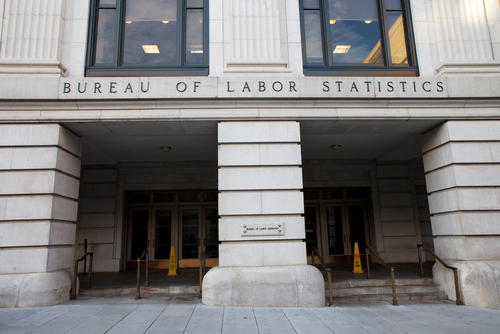 The latest NFP jobs number, is expected to fall back dramatically, from January’s figure

On Friday March 8th, at 13:30pm U.K. time, one of the main American statistics agency, the BLS (Bureau Of Labor Statistics), will publish its latest data concerning jobs numbers. Referred to as the NFP data, non farm payroll numbers, this metric is one of the most closely watched data series on the economic calendar, pertaining to the USA economy.

The reason the data is closely analysed by FX market participants, is due to it revealing the overall state of the USA economy, which is heavily dependent on the retail and services sectors. These are the two sectors with the highest turnover of jobs, the rise and fall of which is generally immediate, dependent on the overall health of the USA economy.

During the period of the Great Recession, the NFP number would fluctuate wildly and the value of the USD and U.S. market equity indices likewise. In recent months and years, this high impact calendar release, has had less of an impact on the value of USD and for example the SPX, as the numbers have been relatively consistent and close to the forecasts. However, the print still has the power to surprise FX traders, if the number misses or beats the forecast by some distance. Therefore, FX traders who specialise in USD or U.S. indices trading, should ensure they’re in a position to monitor the release and adjust their positions accordingly.

January’s NFP number came in at 304k, the prediction from Reuters is for Friday’s print to reveal the creation of 185k jobs in February. Although this would represent a significant fall from the January figure, it should be noted that the January figure was considered an outlier. Moreover, February’s figure might have experienced an after shock, as a consequence of the longest ever USA government shutdown, which occurred during January and early February. Although the NFP number doesn’t count jobs which were temporarily suspended etc. many employers could have adjusted their recruitment policy (over the short term), until the government finances opened once again.

Thursday’s preceding weekly and continuous unemployment claim numbers, are often looked upon as a portent of the NFP number on the Friday. Similarly, during the same Thursday the latest Challenger monthly job cuts are announced. And previously, historically published during the same week as the NFP data, the latest private payroll data from ADP is also published. On Wednesday March 6th, ADP announced the creation of 183k jobs in February, missing the Reuters forecast of 190k, falling from 300k in January.