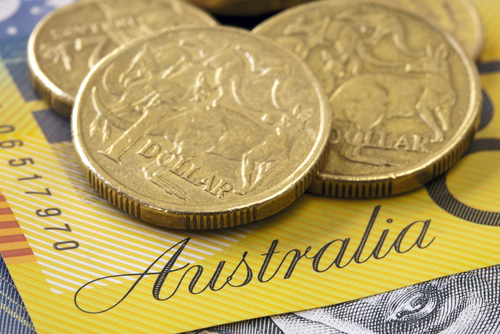 Australia’s trade surplus surged to $4.55 billion in January 2019, from an upwardly revised $3.77 billion registered in the previous month of December 2018. Beating the market forecast of a surplus of $3 billion, whilst printing the largest trade surplus in Australian history. Exports leapt by 5% MOM, to print a record all-time high of $39.94 billion, whilst imports grew by 3% to $35.39 billion. This surplus is in direct contrast to many other major developed countries’ economies, who regularly print deficits.

The overall impact on the value of the Aussie dollar, as the data was broadcast was benign and by 8:25am U.K. time, AUD/USD traded up 0.11%, at 0.704, remaining below the daily pivot point. This muted pattern of price action was repeated versus the majority of AUD pairs, during the Sydney-Asian trading sessions. FX analysts and traders may have viewed the data in the context of GDP figures missing the forecasts, when the latest metrics were published, during Wednesday morning’s Sydney session. Australia’s retail sales figures for February (month on month) also missed the forecast on Thursday, coming in at -0.1%.

The U.K. Brexit is scheduled for March 29th, this impending date with destiny doesn’t appear to have impacted on the appetite for U.K. consumers to engage in one of their favourite activities; selling houses to each for increasing prices, using high levels of mortgage debt. According to the Halifax index, house prices in the U.K. rose by 5.9% in February, causing the year on year price to rise by 2.80%. A miraculous recovery from the -3.00% fall recorded in January. Sterling failed to react to this apparent indication of consumer optimism; at 9:00am U.K. time GBP/USD traded in a tight range, close to the daily pivot point at 1.316, down -0.71% weekly.

The next Brexit episode concerns the U.K. government committing to a vote on the withdrawal arrangement. Scheduled for March 12th, analysts will watch for signs that the government want to push the date back further, in order to focus MPs minds that they have two options; the withdrawal arrangement on offer, or a no deal crash out. When observed through the prism of a daily time frame, EUR/GBP has traded in an extremely tight range since the beginning of March, as FX traders await Brexit developments, before committing to a direction. At 9:10am U.K. time, EUR/GBP traded at 0.859, close to the daily pivot point and circa 300 pips below the 200 DMA.

The Eurozone economy will come under intense focus during the London-European session, FX analysts’ and traders’ concentration will turn to the latest monetary policy and forward guidance, delivered by Mario Draghi, the ECB President, at 13:30pm U.K. time. His press conference, outlining the central bank’s monetary management, will come 45 minutes after the ECB reveal their latest interest rate decision. The key interest rate is widely tipped to remain at 0.00% and the deposit rate to stay in NIRP territory, at -0.4%.

However, it’s during the press conference when the euro will come under the microscope, therefore, FX traders who specialise in euro trading, or who want to trade this high impact calendar event, should ensure they’re in a position to manage their positions. The latest GDP growth figures for the E.Z. preceded the ECB announcement and press conference; growth came in at 0.2% for Q4 2018, falling yearly from 1.2% to 1.1%. On the release of the news, EUR/USD traded flat at 1.136, down -0.53% weekly.

FX traders who trade JPY need to remain vigilant with regards to the latest Japanese GDP data, which will be published late evening on Thursday. QoQ for Q4 GDP growth is forecast to rise to 0.40% from 0.30%, with annual GDP rising to 1.70% from 1.40%. The Japanese trade balance for January is forecast to rise to ¥1152.4b. This raft of potential positive data, could impact on the value of yen, as analysts may gauge that the bank of Japan can look to scale back its super loose monetary policy, if the GDP figures continue to grow. JPY fell marginally versus its peers during the Asian session, as the latest coincident and leading indices missed the forecasts. USD/JPY traded flat at 111.7, as the dollar index, DXY, also traded flat at 96.88. Versus EUR and AUD, yen traded down.

USA economic news on Thursday afternoon mainly concerns the latest unemployment claims; weekly and continuous. These figures will take on increased importance, based on the latest NFP data, scheduled for release on Friday March 8th, at 13:30pm U.K. time. Reuters expect the February NFP job creation number to come in at 185k, versus the 304k print in January. USA indices closed down on Wednesday, the NASDAQ down -0.93% and the SPX down -0.65%. The futures market for USA indices were indicating a fall of -0.28% in the SPX and NASDAQ, once New York opens.