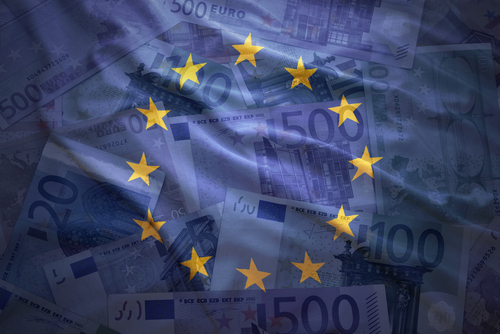 Euro slumps, as the ECB keeps the key interest rates unchanged, but add further monetary stimulus to the Eurozone economy

As widely predicted, the ECB announced on Thursday that the key interest rate would remain at 0.00%, with the deposit rate remaining locked in NIRP territory, at -0.4%. During the President of the ECB (Mario Draghi’s) press conference, he outlined how the central bank would continue to provide monetary stimulus, through subsidised investment bank lending, now that their asset/bond purchasing scheme has ended, in December 2018, whilst intimating that any interest rate rises would be unlikely to restart in 2019. The ECB also downgraded their GDP growth projections for the Eurozone.

The FX markets immediately sold off the euro, on the basis that the single bloc currency would weaken, in relation to the increasing levels of circulation. EUR/USD slumped to its lowest level since June-July 2017. At 21:30pm U.K. time, the leading, major pair, traded at 1.119, crashing through S3, down -1.00% on the day. Other euro pairs followed similar price action patterns, with EUR/JPY trading down -1.07%.

Sterling endured a torrid day of activity during Thursday’s trading sessions, once again, the geo-political issue of Brexit, determined the value of the U.K. pound and direction of its currency pairs. GBP/USD traded at lows not witnessed since February 25th, holding position above the 1.300 handle. At 22:00pm, the currency pair referred to as “cable”, traded at 1.308, down -0.65%, breaching S2 during the sell off. Sterling also sold off sharply versus JPY, trading down -0.80%.

Another day passed without any Brexit resolution, or breakthrough looking likely. Analysts are predicting that the current withdrawal agreement will not get voted through, when the proposal is brought before the House of Commons (again) on Tuesday March 12th. Analysts and political commentators remain unconvinced that the E.U. will grant any extension to the U.K. potential crash out on March 29th, on the basis that any extra time would simply be wasted by the U.K. prime minister. Indeed, it’s uncertain if U.K. MPs would actually vote for this extension to article 50.

The U.S. dollar made significant gains versus the majority of its peers during Thursday’s sessions, with the exception of a fall versus yen; at 22:00pm, USD/JPY traded down -0.15%, at 111.58. USD/CHF traded at 1.001, up 0.65%, after breaching R3. The U.S. dollar strength, was in sharp contrast to the USA equity markets selling off; the SPX closed the day down -0.83% and the NASDAQ down -1.13%. Wall Street nervousness related to: tech stock performance, E.Z. issues and a lack of progress over trade talks with China, which appear to be dragging out behind the scenes, without any end in sight, or progress recorded.

Analysts and FX traders will focus on fundamental calendar events relating to the USA economy on Friday afternoon. After the latest unemployment claims came in close to forecast on Thursday, with APD private payrolls numbers missing expectations earlier in the week, concentration will turn to the latest NFP jobs numbers published at 13:30pm U.K. time.

The forecast from Reuters is for the BLS to announce the creation of 185k jobs in February, falling from 304k in January. Despite this announcement failing to move markets by any significant margin over recent months, as a high impact calendar event, the release still has the capacity to surprise, if there’s a significant miss or beat. Therefore, retail FX traders need to remain vigilant when the data is broadcast at 13:30pm U.K. time. The latest unemployment rate is predicted to fall back to its close on forty year record low, of 3.9%. The BLS will also deliver metrics on working hours and the percentage increase in hourly earnings; expected to show a rise of 3.30% annually.

Canada’s latest employment, unemployment and wage data is also published on Friday and with the country’s economy coming under focus over recent days, due to the bank of Canada’s dovish monetary policy statement and forward guidance, the Canadian dollar could experience intense and increased speculation.