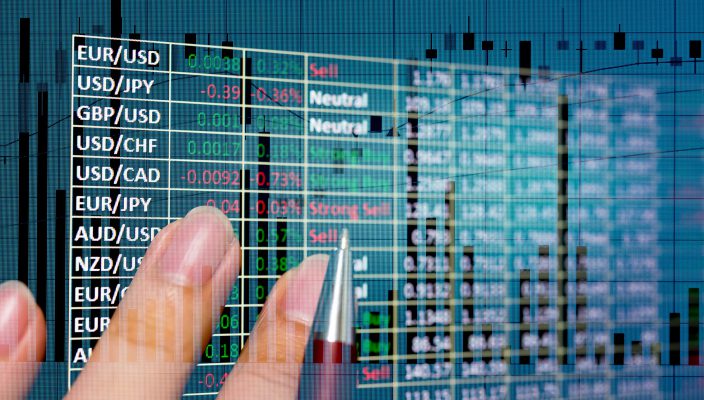 The high impact releases that tend to have a higher impact on FX markets.

May 9 • Forex Trading Articles, Market Commentaries • 2144 Views • Comments Off on The high impact releases that tend to have a higher impact on FX markets.

When faced with the question; “what is your most valuable trading tool?” traders have many different answers and equally many theories to support their convictions. Some traders might suggest their preferred trading platform, such as MetaTrader’s MT4, is the most valuable tool at their disposal. Others might point to all the indicators that compile technical analysis, as the major valuable tool they have access to. Some traders might get deep and suggest their mind and their intelligence are irreplaceable. And some might refer to the economic calendar as the outstanding tool in their tool box. All the responses have merit, however, some answers might expand on and stretch the notion of what a trading tool actually is.

Without a doubt, the economic calendar is one of the most valuable resources you have at your disposal and it’s also a completely free ‘open source’ resource, expertly compiled by your broker. Trading without a calendar leaves you trading with only technical analysis and various time frames on your charting package, to make all your trading decisions from. You might be able to react to price action without a calendar, but you’d find it impossible to make valid and valued predictions, unless you have the ability to refer to and then triangulate your trading decisions, with your economic calendar.

It’s worth walking and talking through some of the key, high impact events, listed during the week beginning Monday May 6th, to illustrate the widening potential each event and release has. Starting with the release and decision most likely to alter values of FX pairs; interest rate decisions and their accompanying monetary policy statements and or press conferences.

Both of the Australasian central banks, New Zealand’s RBNZ and Australia’s RBA, announced their respective decisions regarding the countries’ interest rates this week. On Tuesday morning the RBA kept their rate unchanged at 1.50% despite predictions that rates would rise to 1.75%. The Aussie dollar sold off as FX analysts and traders had anticipated a rise in the interest rate, which would have (most likely) caused the major pair, AUD/USD, to rise.

The RBNZ cut the official cash rate to a record low of 1.50%, from the previous record low of 1.75%. As the decision was broadcast the kiwi dollar fell sharply versus several of its peers. If NZD was the base currency in the pair, price slumped, if NZD was the counter currency price spiked upwards. In many instances price breached either R3, or S3. Such reactions are indicative of how highly the interest rate decisions from central banks rank, when listed as high impact events. Such events or data releases, are on the high end of the economic calendar spectrum.

Other high impact data releases, events and decisions, that are at the high end of the spectrum, might include CPI (inflation) figures and the latest GDP growth figures. Similar to any interest rate decision these releases, particularly if the metric published misses or beats the forecasts, can alter the value of the related securities significantly. But crucially, these data releases will only significantly impact on the value of respective currencies, in the manner witnessed by NZD/USD on Wednesday May 8th, if the metric misses, or beats the forecast by a wide margin.

Events and data releases listed as high impact, which are less likely to move the markets in the respective securities, might include: retail sales figures, employment and unemployment data, minutes of central bank meetings, Markit PMIs and soft data sentiment readings, such as consumer confidence readings. These readings are less likely to create the spikes and whipsaws witnessed when interest rates are raised or lowered, or when central banks alter their monetary policy management strategies.

As can be clearly seen, not all high impact events will rank equally in terms of their impact. Moreover, the events and data releases can also be impacted by underlying factors, particularly the macro economic situation and any political situations likely to alter the value of various securities. It’s important that traders not only monitor the economic calendar, whilst separating low medium and high impact releases, they must also note which high impact releases are most likely to cause FX pairs to move.