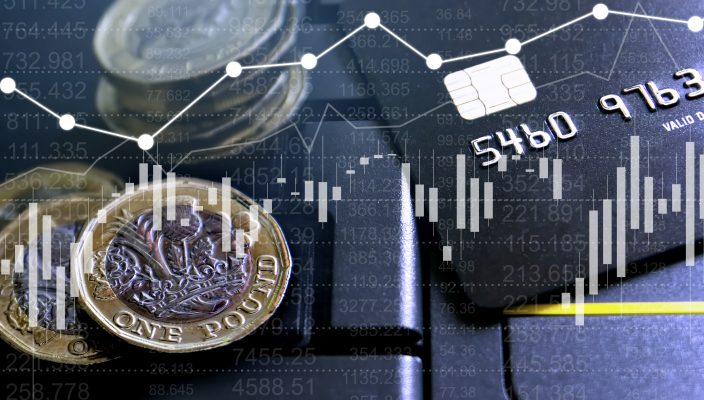 The U.K. pound slipped versus several of its peers, during Wednesday’s trading sessions, as Brexit issues resurfaced after a period of relatively subdued discussion in the mainstream, financial press. After receiving a reprieve from the original March 29th exit date, the U.K. government entered into a month long dialogue with the opposition Labour Party, in an apparent attempt to discover a mutually acceptable, withdrawal agreement, consensus. However, the talks have made zero progress and now, all that remains is who blinks first to call the talks off, whilst getting in their retaliation and blame narrative in first, before the other side has a chance to comment.

The gains GBP/USD have recorded in May have been largely eradicated over the recent trading sessions, as the major pair referred to as “cable” threatened to fall back through the critical psyche handle of 1.300 on Wednesday. At 21:05pm U.K. time cable traded at 1.300, down -0.57% on the day, as the bearish price action saw price crash through the second level of support S2, whilst trading below the 100 DMA and threatening to breach the 200 DMA, sited at 1.296. EUR/GBP traded at 0.860, up 0.47%, whilst printing a high not seen since April 30th. Sterling sold off versus several other peers, posting its largest percentage fall against yen, GBP/JPY traded down -0.71% as the bearish price action saw price breach S2, in the New York session.

The euro made gains versus several peers, with the latest German industrial production figures both monthly and year on year, providing optimism that the powerhouse of Eurozone growth is now beginning to recover, after posting disappointing data over recent weeks. EUR/USD traded close to flat on the day at 1.119. Versus NZD, AUD, CAD and CHF the euro made gains, versus JPY the euro fell, as did the majority of currencies, after yen has continued to attract attention as a safe haven anchor, during the China-USA tensions.

The U.S. dollar traded in tight ranges versus the majority of its peers during Wednesday’s trading sessions, investors and FX traders remained cautious, as the trade/tariff situation with China showed now signs of improvement. Despite the Trump administration’s claims; that a delegation of Chinese officials were visiting Washington to achieve a compromise, the Chinese didn’t confirm this, instead they replied to the increased tariffs threats, by insisting they’d apply similar tariffs to American imports into China.

At 22:25pm U.K. time USD/JPY traded right on the 1.300 handle, in a narrow range, down -0.14% on the day, retaining position above the first level of resistance R1. USA equity indices traded down marginally, as investors sat on the sidelines waiting for an outcome to the China issues. The SPX closed down -0.16% and the NASDAQ down -0.26%, falling below the 20%+ gains the index has made during 2019, year to date. WTI oil made gains during the New York session, as the DOE issued reserve figures revealing that oil stocks had fallen significantly, WTI rose to $62.00 per barrel, up 0.96% on the day.

Thursday is a relatively quiet day for medium to high impact economic calendar events and releases; Canada’s latest house price data will be published at 13:30pm U.K. time, Reuters forecast a rise of 0.1% year on year and 0.00% growth in March (month on month), results that could impact on the value of the Canadian dollar. The Fed chairman Jerome Powell will deliver a speech at 13:30pm in the USA. This event is listed as high impact, due to his position and capacity to move the markets in forex and USA equity markets, dependent on the content of his speech.

Later in the New York session attention will turn to the PPI data series, whilst the latest balance of trade reading will also be published. The forecast is for a rise in the monthly deficit for March to $51.1b compared to February’s reading of $49.4b. The trade deficit will be under scrutiny due to the situation with China, as based on current projections, the annual 2019 deficit will come in at circa -$600b+, negating any efforts the USA administration and the FOMC have put in place, to shrink the trade deficit.

During the beginning of the Sydney session, New Zealand credit card spending details will be published, which could impact on the value of NZD, the latest Japanese data concerning household spending and income will also be broadcast. Japan’s markets were closed for over a week as the country celebrated the ascension of a new emperor, therefore, in some ways Japan’s equity markets and yen are readjusting to recent economic data.

« How can you match your trading ambitions to your current employment? The high impact releases that tend to have a higher impact on FX markets. »