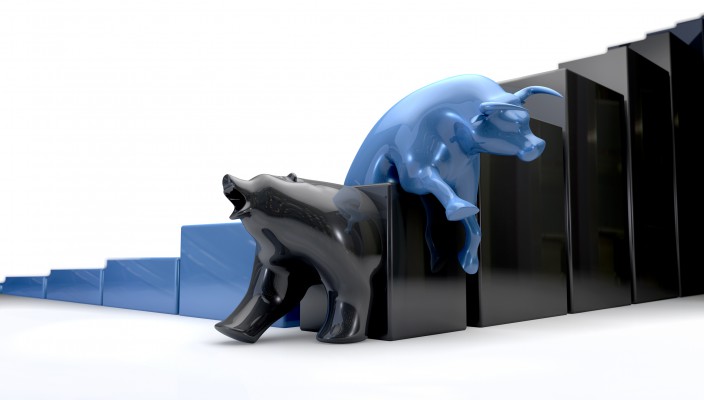 It’s all too easy to dismiss certain indicators as having little use or value, Elliott wave theory has many fans and equally as many detractors. Metrics that attempt to identify market sentiment and psychology will always be treated with skepticism, therefore the precise technical analysts in our community, will always question the value and validity of indicators such as Elliott. For those amongst us who are unfamiliar with the concept, here’s a quick synopsis:

The Elliott wave theory/principle is a form of technical analysis that analysts, investors and traders use to analyze financial market cycles and to forecast market trends by identifying:

–     extremes in investor psychology,
–    highs and lows in prices,
–    and other collective factors.

Ralph Nelson Elliott developed the Elliott Wave Theory in the late 1920s. Elliott believed that stock markets, always thought to behave in a somewhat chaotic and random manner, in fact traded in repetitive cycles, driven by collective trader psychology and ergo sentiment. The theory was then popularized by the analyst Robert Prechter. The theory asserts that crowd behavior ebbs and flows in clear trends. Based on this ebb and flow, Elliott identified a certain pattern of impulse and corrective movements. He contested that this pattern repeated itself many times, particularly in markets which experienced the most activity. Markets would rise and fall in relation to sentiment, and or perhaps profit taking, the general contention being that markets couldn’t possibly rise exponentially, there had to be corrections.

What and who causes those corrections, is still as valid an observation and question today, could it be; sentiment, profit taking, price reaching certain handles/round numbers were a multitude of orders are clustered, etc.?

The most common (and arguably correct use of EWT) is to identify the eight movements, five impulse and three corrective phases. Many traders often refer to the fifth wave as the most precarious, as this can prove to be the prescient move, indicating an impending fall in a market. Many analysts will suggest that each move becomes more impulsive, with the third often regarded as the key impulsive phase. The fifth impulse can be regarded by Elliott wave theorists as the most dangerous, as it can be the point at which many ordinary investors become involved in bubbles and hysteria, they can often feel safe in numbers, particularly if the media of the day is fanning the flames, by encouraging unsophisticated investors to invest.

There is an irony and correlation at play in the fifth phase, if we relate it to where markets are at in January 2018; most retail investors won’t have invested after the crash and crises of 2007-2009, they won’t have had the funds or inclination to buy the dips. They’ll have been too busy; paying down debt, holding onto their jobs and surviving. Only when they feel secure again and have sufficient savings to speculate, will they come back into the markets, by that time they may have missed the huge growth period.

Trying to overlap or relate EWT to irrational exuberance is tricky, however, having witnessed certain USA markets rise by circa 30-40% in 2017, many users of Elliott are beginning to place it over daily/weekly charts of many of the main USA indices and then proclaim that we may have experienced, or be currently experiencing the fifth wave and are now about to enter the corrective stage.

An interesting observation of the fifth wave were many equity markets are concerned, is that it’s generally accompanied by retail investors becoming involved in hysteria.

It wasn’t necessarily that this level triggered a mass reaction, more likely it correlated with many USA investors feeling more secure in their job, more confident and the impact of the 2007-2009 Great Recession has now become a distant memory. The mainstream news outlets, particularly the TV channels, will have encouraged this feel good optimism by continually referencing the record highs.

None of us can forecast them, none of us can avoid them, but having the grounding and developing the mindset to be aware that markets cannot rise perpetually, is an approach that all investors, however, experienced, should develop.

« Focus will be on Mario Draghi on Thursday, when he delivers a statement regarding the ECB’s monetary policy, after the interest rate decision is revealed. U.S. dollar slumps as USA Treasury Secretary states the currency’s value is too high, U.S. equity markets also whipsaw, due to Stephen Mnuchin’s comments »