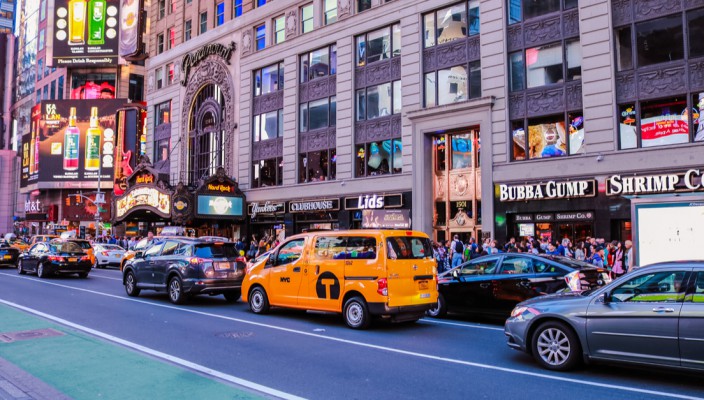 It’s been a while since a Trump tweet, or statement caused a sell off in the USA market indices or the dollar; the USD slumped versus all of its peers on Wednesday after Stephen Mnuchin, the Treasury Secretary, gave an interview at Davos in which he stated that the dollar was too high. An extraordinary claim, given how far the currency fell versus many of its peers during 2017, and particularly given Trump’s statements in relation to the Chinese renminbi being too cheap. The dollar index is close to three year lows, with EUR/USD at three year highs. Whilst GBP/USD has recovered to 1.42, inching closer to the pre Brexit referendum value.

Naturally analysts were pondering just how low and why the Trump administration wants the USA dollar lower? The standard economic orthodoxy states that a cheaper dollar encourages manufacturing and exporting, a passionate aim of Trump’s administration. However, it’s a one sided and outdated theory, that fails to take into consideration a lower domestic currency raising the price of imports. Therefore, unless you’re manufacturing from only suppliers based in the USA, then the lower dollar theory encouraging manufacturing, falls flat. Mnuchin and another Treasury official Wilbur Ross, even went a stage further; at a forum promoting global cooperation, they declared in (no uncertain terms) a trade war was coming and recycled the protectionist credo which helped Trump gain office, whilst repeating the “putting America first” mantra.

FX traders wasted no time in selling off the dollar after the volley of inflammatory comments; USD/JPY falling through the 109.00 handle for the first time since mid September, EUR/USD rising to highs not seen since December 2014, whilst USD/CHF fell to a level not witnessed since mid September, the dollar index fell by circa 1.02% on the day. The SPX closed down marginally on the day, with the DJIA closing up 0.16%. Gold reacted positively as a safe haven to the USA administration remarks, rising to an intraday high of $1,362 per ounce, a price level not witnessed since July 2016. The precious metal closed the day out at circa 1,358.

A cluster of Eurozone Markit Economics’ PMIs were published on Wednesday, the three composite readings for: France, Germany and the Eurozone beat forecasts, however, the protectionist/trade war statements from Mnuchin appeared to destabilise markets and a trading bloc that encourages harmony and cooperation; the DAX closed down 1.07% and euro STOXX down 0.79%. The euro experienced mixed fortunes on the day; up versus USD, flat versus AUD and CAD, down significantly versus CHF and GBP. The Swiss franc experienced safe haven appeal in a market that oscillated between risk off and risk on behaviour.

Sterling rallied versus several of its peers as a consequence of encouraging unemployment, employment and wage data for the U.K. Employment grew by 102k in the last three months of 2017, whilst the unemployment rate remained at 4.3%, with wages rising to 2.4% growth YoY, closing the gap on inflation (CPI) at 3%. The U.K. leading index the FTSE 100 fell, closing down 1.14%, with GBP rising v all of its peers, the major gains versus EUR and USD.

USD/JPY traded in a wide bearish channel and trend during Wednesday’s sessions, as it plunged through the second level of support (S2), to breach the 109.00 handle, a price level not seen since September 2017, closing out the day down circa 0.7% at 109.7. USD/CHF plunged by circa 1.1% on the day, having reached an intraday low not seen since the first week of September 2017, closing out at circa 0.945, having breached the third level of support, S3. USD/CAD traded in a wide bearish range throughout the day’s sessions, breaching S2, the pair threatened to reach S3, eventually closing out the day at circa 1.233, down approx. 0.7% on the day.

GBP/USD traded in a wide bullish trend and defined channel during Wednesday’s sessions, breaching R3 cable closed out just above the 1.420 handle, a level not witnessed since shortly after the U.K. referendum decision, in June 2016. GBP/CHF whipsawed through both bearish and bullish conditions as pound strength was countered by the Swiss franc’s appeal as a safe haven asset, the currency pair closed out up circa 0.2% at 1.344. Versus both AUD and NZD sterling closed out the day up circa 0.5%.

EUR/GBP initially traded close to the daily pivot point, before beginning a plunge that saw the cross currency pair plunge through all three levels of support, to close out at 0.872, a level not witnessed since early December 2017. EUR/USD reached an intraday high of 1.2415, closing out at circa 1.240, up approx. 0.7% on the day, after breaching R2. EUR/CHF collapsed through the third level of support as CHF caught safe haven bids, the pair closed down circa 0.9% at 1.172.

XAU/USD reached an intraday high of 1,362, having enjoyed safe haven appeal during the day’s trading sessions, the precious metal traded in a wide bullish trend and channel, closing out above R3, up circa 1% on the day. Price has now increased by circa 128 dollars per ounce, since the early December low of 1236, a rise of circa 9.6% based on a closing price of 1,258.

« The Elliott wave theory – a metric to identify market sentiment and psychology Both the U.K. and USA publish their final GDP Q4 results on Friday, both will be closely monitored, for different reasons »