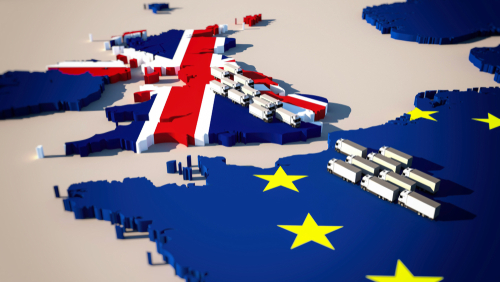 GBP pairs fell sharply during the early stages of the London-European trading session, as leading E.U. negotiator Michel Barnier instructed the U.K. that the European Council would not be making a decision on the U.K. request for a three month extension, to the Brexit date of March 29th, this week. Instead, the summit would delay the decision until next week.

This move puts the ball firmly back in the U.K. court, to come up with a plan, to put a fresh proposal together, in order to deserve an extension. At 9:00am U.K. time GPB/USD traded at 1.322, down -0.32%, as the bearish price action caused price to fall through S1. The majority of sterling pairs followed similar, bearish, trading patterns. EUR/GBP rose through R1, trading up 0.23% at 0.857. The U.K. CPI (inflation) figure year on year, came in marginally higher than the Reuters forecasts, at 1.9%, rising from 1.8%.

Doubts have begun to emerge that the China-USA trade deal will reach a satisfactory, negotiated solution, for both parties. A Trump delegation is set to visit China next week, in an attempt to conclude an arrangement. However, China wants all the tariffs removed and the situation put back to a pre Trump status quo, a concept that’s unlikely to fly, due to the climb down it would represent for the USA administration and the President.

Investors and traders of USD pairs should, therefore, remain alert to any news emanating from China this week and ensure they keep tuned to any developments next week, when the crunch talks finally take place. At 9:30am USD/JPY traded up 0.18%, with USD/CHF up 0.09%. The futures markets for USA equity indices were indicating a positive open for the New York session, when the Wall Street bell rings; at 10:00am U.K. time NASDAQ was up 0.12% and SPX up 0.08%, after the SPX closed flat on Tuesday. WTI oil traded down -0.47% as investors and traders became more cautious regarding global trade, on the prospect of the China-USA talks failing to reach an agreement next week.

Investors and FX traders focus will turn to the latest rate announcement from the FOMC, scheduled to be announced at 18:00pm U.K. time. The widely held consensus, from news agencies such as Bloomberg and Reuters, is for a hold at 2.5%, with analysts anticipating a dovish outlook from Jerome Powell, when he delivers any narrative at the press conference, held after the announcement. Analysts and FX traders will also pour over any monetary policy statement, for any signs of change in the forward guidance, to establish if further rate rises are likely during 2019. FX traders are advised to remain vigilant as the news breaks, based on the fact that historically these releases can move the markets, for both USA equity indices and the U.S. dollar.

FX traders who specialise in trading Australasian currencies, the Aussie and Kiwi, should be alert to the latest New Zealand GDP data, due to be broadcast at 21:45pm U.K. time on Wednesday evening. The Reuters forecast is for a marginal fall, from 2.60% to 2.50%. Although only a small fall, coming at a time when there’s general nervousness surrounding both the Australian and New Zealand economies, any fall in GDP growth could impact on the value of the NZD and AUD. The data is also revealed during a time when the forex market liquidity is less, therefore NZD pairs could be subject to sudden spikes.

« Sterling and the U.S. dollar trade in tight ranges during Tuesday’s sessions, as FX traders try to figure out Brexit, whilst predicting the FOMC rate setting narrative The U.K. Bank of England will release its final base rate decision and deliver its last monetary policy statement, before the official Brexit date »