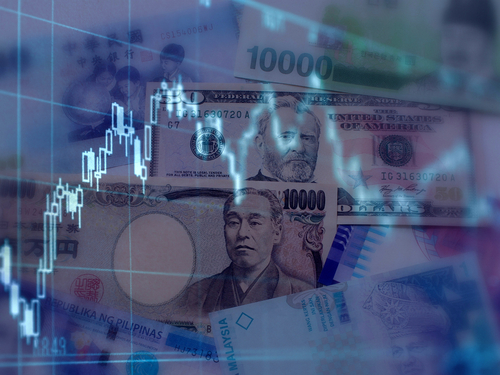 Sterling and the U.S. dollar trade in tight ranges during Tuesday’s sessions, as FX traders try to figure out Brexit, whilst predicting the FOMC rate setting narrative

The Brexit debacle took another twist on Tuesday, as Michel Barnier, the leading E.U. negotiator, insisted that the U.K. government’s expectation; to have the exit extended beyond the March 29th legal date agreed by Parliament, is highly presumptive. Mr. Barnier echoed the statements made recently by various other leaders and representatives of the E.U. 27; there has to be a reason for granting an extension and based on the U.K. Parliament being unable to agree a withdrawal arrangement vote, the E.U. appear to be unwilling to allow the extension, simply to allow the U.K. govt. to waste more time.

The reaction in FX markets to Mr. Barnier’s statement which came in late afternoon, was relatively benign, at 18:45pm U.K. time GPB/USD traded at 1.327, up 0.11%, after trading in an extremely tight range, above the daily pivot point, throughout the day’s sessions. This pattern of price action was repeated by the majority of sterling pairs. Whilst EUR/GBP traded at 0.856, up 0.10%, oscillating in a tight range, close to the daily P.P. The U.K. FTSE closed up 0.34%. We may witness a sterling reaction when the European Council make a decision regarding any delay (and it’s length), during a meeting scheduled for Thursday 21st. FX traders would be wise to ensure they’re aware of the timing of any decision, as this could cause spikes in several GBP pairs, most notably; GBP/USD and EUR/GBP.

Sterling is also likely to come under increasing scrutiny on Wednesday morning, as the ONS release the latest CPI (inflation) data at 9:30am U.K. time. The forecast is for annual inflation to remain unchanged at 1.80%, with monthly inflation for February forecast to come in at 0.40%, ahead of the shock -0.80% registered in January. The key CPI reading is one of many inflation related metrics the ONS will publish, including the latest PPI input figure, forecast to rise to 4.10% in February YoY, from 2.90% in January. This would indicate that the U.K. is paying more for imports, despite the relative improvement the U.K. pound has enjoyed versus its main currency peers, over recent months.

Eurozone indices experienced positive trading sessions on Tuesday, France’s CAC closed up 0.24%, whilst Germany’s DAX closed up 1.13%. The overall sentiment for the main German index, was partially lifted as a consequence of the Zew survey expectations reading coming in at -3.6 for March, beating the Reuters forecast of -11. The euro experienced positive gains versus many of its peer currencies; at 19:00pm U.K. time EUR/USD traded at 1.136, up 0.16%, trading close to R1, after whipsawing in a tight range, between the daily P.P. and R1.

During the New York trading session, the latest data for the USA economy on: factory orders, durable goods orders and cap goods were published. Factory orders missed the 0.30% forecast, coming in at 0.10% for January, falling from 0.30% in December, durable goods orders also fell. The impact on the value of the U.S. dollar and the leading USA equity indices was minimal, at 19:00pm USD/JPY traded flat and USD/CHF traded down -0.17%. USD/CHF breached S1, then threatened to break through S2, before retracing back to the first level of support, S1.

FX traders and analysts are beginning to focus on the FOMC rate setting meeting, which will conclude on Wednesday evening at 18:00pm U.K. time, with an announcement regarding the key interest rate for the USA economy. The expectation is for the rate to remain unchanged at 2.5%. However, it’s the monetary policy statement and any proclamation the Fed chief Jerome Powell delivers, during a press conference after the decision is broadcast, which market participants will focus on. Therefore, FX traders who favour trading USD pairs, should remain vigilant to this release and Mr. Powell’s statement, as any movements in the value of the dollar could be enhanced, due to lower levels of liquidity being available at this time of the evening.