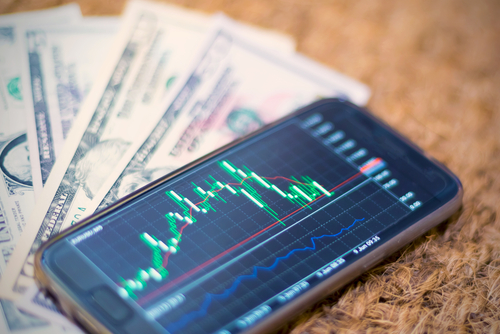 At 18:00pm U.K. time, on Wednesday March 20th, the Federal Open Market Committee (FOMC) will announce its latest decision with regards to the key interest rate for the USA economy. Currently at 2.5%, the widely held consensus, after news agencies such as Reuters and Bloomberg have polled their panel of analysts, is for no change.

The FOMC agreed to raise rates three times, by (close on) unanimous decisions, during 2018. They had provided forward guidance during 2018, through their monetary policy statements and through the Fed chair, Jerome Powell, that a similar exercise would take place during 2019, in order to normalise the key interest rate, to circa 3.25%-3.5% by the end of 2019.

The rate rises occurred during 2018, despite the pressure from the Trump administration and the USA president directly, to hold back on rates as they could impact on the value of the USA equity markets. A fear that was subsequently proven correct, as equity markets slumped in the final two months of 2018. However, the China trade wars caused by Trump’s tariff imposition, was arguably responsible for the fall and not interest rates rising. Despite the implicit threats to his position, Jerome Powell kept to the script during 2018, intimating that the short term pain for equity markets, was secondary to the long term health of the USA economy.

Currently the main USA equity markets have recovered the majority of losses incurred during 2018, with several experiencing record starts to 2019. As of Tuesday March 19th; the SPX is up 13% year to date and the NASDAQ up 16.25%. Therefore, Jerome Powell could feel both emboldened and justified in his previous actions and any further actions he takes, in order to manage the economy, as his reputation and standing is currently very high.

The FOMC and Fed will look at critical data to make their rate setting decision and on first inspection the key data is good. Unemployment is close to record lows at 3.8%, GDP growth, despite recently falling to 2.60% QoQ annualised, is one of the highest in the G7, whilst inflation is low at 1.50%. Metrics that could put the FOMC/Fed in a commanding position, to justify a return to a rate rise programme.

But this is unlikely based on the previous monetary statement and forward guidance provided in January, by the committee and the Fed. They appeared to change course and offer up a more concerned tone regarding the USA economy’s prospects and issued more dovish advice, suggesting that there would be an absence of rate rises in 2019.

It’s often the monetary statement and or the press conference held by Jerome Powell or one of his colleagues, after the rate setting announcement, that causes the value of USD and USA equity indices to move. For this reason, it’s essential that any FX traders who favour trading USD pairs, during the period when the rate is announced and the press conference is held, remain focused and ready to alter their positions if required.