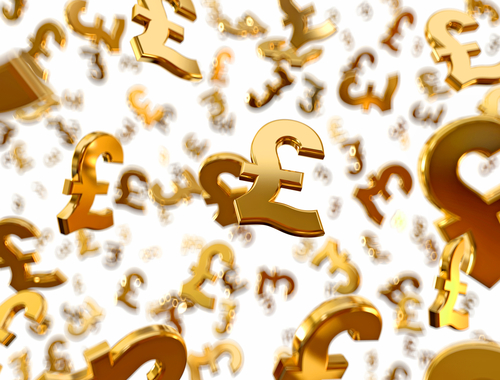 The U.K. pound recovered a proportion of its lost gains, during the Sydney-Asian session on Tuesday morning, a recovery which continued into the early hours of the London-European trading session. The sell off, which sterling suffered during Monday’s sessions, was caused as a consequence of the speaker of the House of Commons, denying the U.K. govt. an opportunity to hold another meaningful vote (MV3).

FX analysts and traders have quickly weighed up their options in relation to GBP currency pairs, trying to figure the direction the U.K. pound will now take, as the March 29th exit day approaches. An exit which most political analysts, quoted in the mainstream media, believe will be extended on Thursday afternoon, during a meeting of the European Council. At 9:00am U.K. time, GBP/USD traded in an extremely tight range, close to the daily pivot point, with no directional bias, at 1.326, up 0.04%. EUR/GBP also traded in a tight range, close to the daily P.P. up 0.13% at 0.856.

The latest: unemployment, employment and wage data relating to the U.K. was published at 9:30am U.K. time by the ONS. Who claimed that unemployment, at 3.9%, had reached a low not seen for 44 years, whilst 35k fell off the unemployment register over the past three months. Basic pay has risen by 3.5% annually. Sterling failed to react to the news, based on FX analysts and traders doubting the veracity of the methodology, used to calculate the various data.

USD slipped versus several of its peers in the morning sessions, as market participants turned their focus and attention to the FOMC rate setting meeting and subsequent interest rate decisions, due to be revealed at 18:00pm on Wednesday March 20th. The overwhelming prediction, from analysts and news agencies such as Reuters and Bloomberg, is for the rate to be held at 2.5%. However, analysts and traders are also speculating that the FOMC chair, Jerome Powell, could issue a change in the FOMC/Fed forward guidance, suggesting that the key interest rates for the USA will remain unchanged, over the short to medium term.

At 9:15am USD/JPY traded at 111.2, down -0.13%, recovering marginally after breaching S1 in the Asian session. USD/CHF traded at 0.999, down -0.14%, breaching S1, whilst finally giving up its parity position, a level the major currency pair has oscillated close to over the past week. Futures markets for USA equity indices were indicating a positive open for the New York session, as the risk on appetite gathered steam; NASDAQ up 0.26% and SPX up 0.23% at 9:30am.

The Aussie dollar took a fall, versus several of its peers during the Sydney-Asian session, as the latest house price data missed forecasts. House prices have fallen by -5.10% annually up to Q4 2008, whilst QoQ for Q4, prices fell by -2.4%. At 10:00am AUD/JPY had fallen by -0.18%, and AUD/NZD by -0.24%. The Swiss franc made gains versus several peers in the London-European session, as the latest monthly export figures for February beat forecasts by rising, whilst imports fell.

The latest March Zew economic sentiment data for the Eurozone, beat the forecast by some distance, when the latest reading was published at 10:00am. Coming in at -2.5, ahead of the prediction of -15.1, this improvement wasn’t matched by Germany’s Zew current conditions reading, which came in at 11.1, falling from 15.0. EUR/USD traded up 0.13% at 1.135, shortly after these latest metrics were published, as bullish price action caused the major pair to reach R1. The euro traded in tight ranges versus the majority of its other peers, whilst generating modest gains versus several.

There’s a raft of economic calendar data relating to the USA economy published this afternoon, which FX traders should be mindful off, due to its capacity to move the markets in both equity indices and USD. The latest: factory orders, durable orders and cap goods orders will be published at 14:00pm U.K. time. The factory orders and various cap good orders, combined with durable goods orders, provides an overall snapshot as to the health of various USA economic sectors. The Reuters expectation is that factory orders will increase by 0.30% in January, with durable goods improving by 0.40%. Traders might also want to ensure they’re aware of the latest minutes from Japan’s BOJ, relating to their last rate setting meeting, published at 23:50pm U.K. time. Broadcast during a trading period of low volume and consequently less liquidity, such data can move the market for JPY, if the commentary contains any surprises.