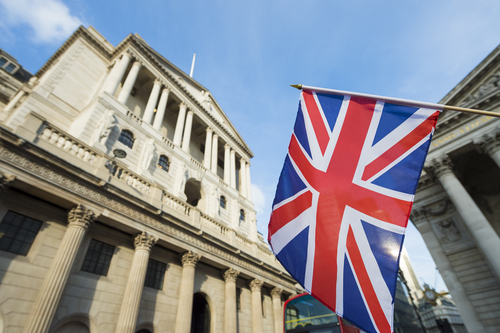 The U.K. Bank of England will release its final base rate decision and deliver its last monetary policy statement, before the official Brexit date

Mar 21 • Forex Trading Articles, Market Commentaries • 1190 Views • Comments Off on The U.K. Bank of England will release its final base rate decision and deliver its last monetary policy statement, before the official Brexit date

On Thursday March 21st, at 12:00pm U.K. time, the U.K. central bank the Bank of England, will announce its latest decision concerning the U.K. economy’s base rate. Currently at 0.75% the widely held consensus is that the Governor of the Bank of England, Mark Carney, will announce that the rate will remain unchanged at 0.75%, a rate which was last raised; from 0.5% to 0.75% in August 2018.

The rate was cut to its lowest historical rate of 0.25%, shortly after the 2016 referendum result in June 2016, as an emergency measure, in order to cope with the potential immediate recession the U.K. economy faced, due to the leave vote winning. The rate was eventually raised and restored back to its 0.5% level, in November 2017. However, by any measurement, the U.K. is still operating an emergency base rate, considerably below any rate that could be considered as trying to achieve “normalisation”.

The BoE will hold a press conference, during and after the base rate announcement is made, in order to justify their decision, the conference is usually chaired by Mark Carney. Analysts and FX traders will carefully scrutinise the narrative delivered by the BoE, to discover if there’s any clues in the Bank’s delivery, to suggest a change in what’s termed “forward guidance”; indications of how the central bank might manage monetary policy, over the short to medium term.

With the Brexit date ticking down to the Friday March 29th exit, Mr. Carney and his team could bring up the subject, to calm any fears businesses and investors have, regarding a potential no withdrawal deal crash out. He may re-emphasise his previous commitment; to remain ready and supportive to unleash loose monetary policy, should the U.K. require further stimulus, to navigate a hard Brexit.

Whatever the rate decision and however the Bank of England coat their monetary policy narrative in comforting language, Brexit is now becoming critical and investors will be looking towards the bank for a sense that they’re already ahead of the curve. FX traders who specialise in trading breaking news events and traders who hold positions in sterling pairs, should ensure they diarise this event. As based on its historical precedent, the BoE decision and statements, have the ability to move the markets in GBP and U.K. equity indices, such as the FTSE 100.