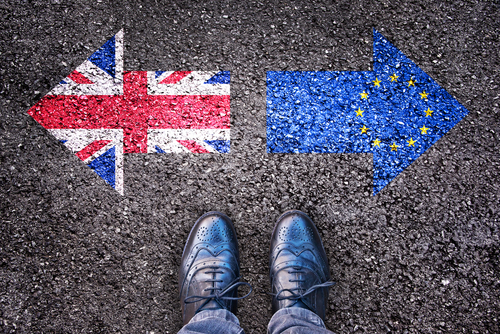 Japan printed disappointing export and import data during the overnight Sydney-Asian trading session, which caused yen to sell off marginally, versus several of its major peers. Exports fell by -1.20% year on year in February, with imports falling by -6.70% year on year. Both readings could be an indication that one of the engines of global manufacturing growth could be stagnating, or finding reverse gear. Added to declining machine and tool orders, the overall landscape painted for the Japanese economy, is not bullish for sentiment. Japan’s trade balance for February beat the Reuters forecast and improved, coming in at ¥339.0. At 9:20am U.K. time, USD/JPY traded up 0.10% at 111.5, EUR/JPY breached R1, trading at 126.2. The Nikkei 225 index closed up 0.61%.

Chinese equity markets rallied in the Asian session, the Shanghai Composite closed up 2.47%, taking the year to date 2019 rise to 24.16%, with the one month rise at 12.41%. A stunning recovery from where Chinese equity markets where in late 2018, as a consequence of the trade war versus the USA. Global markets are now pricing in a mutual beneficial conclusion to the negotiations, between the Chinese premier Li and the Trump administration.

At 9:30am the futures market for USA equity indices were indicating a positive New York open; SPX up 0.05% and the NASDAQ up 0.10%. USD/CNY traded up 0.10% at 6.716. Analysts, investors and traders are beginning to focus on the FOMC/Fed announcement and monetary policy statements, due to be broadcast on Wednesday March 20th, at 18:00pm U.K. time. The expectation is for a hold at 2.50%. Naturally, the focus will quickly turn to evidence of any dovish tone, or change in forward guidance, delivered by the Fed chair Jerome Powell, in the press conference he subsequently holds.

Sterling fell versus the majority of its peers, during the late Asian and early part of the London-European trading session. The latest Brexit developments have caused sentiment to fall. Political analysts were reporting that the Tory party are now considering not bringing a third meaningful vote (on the withdrawal agreement) to Parliament this week, unless they are 100% sure they’ll win. Therefore, at the latest, the vote could take place in the week the U.K. is scheduled to leave the E.U. This in turn increases the risk that the U.K. could crash out of the E.U. without any deal.

Asking house prices in the U.K., often used as a thermometer to take the temperature of the average Brit’s economic sentiment, have fallen year on year, but rose marginally up to the month of March, according to the latest Rightmove survey released on Sunday evening. Prices are down -0.80% yearly and this could be indicative of a Brexit effect, or more likely that Brits (mainly in the S.E. of England), are struggling to afford the eye watering prices, for even basic accommodation.

FX analysts and traders can expect increased activity and speculation in, for example, GBP/USD over the next two weeks, as the exit clock ticks down. At 9:40am GBP/USD traded at 1.324, down -0.30%, threatening to breach the first level of support, S1. A similar pattern of price action was repeated by the majority of sterling pairs. EUR/GBP recovered from lows not seen since May 2017, to print a two/three day high at 0.857, breaching the first level of resistance R1. At 9:45am the U.K. FTSE traded up 0.64%.

« Central bank interest rate decisions for the: U.K., USA and the Swiss economies, could impact on the value of the respective currencies this week Sterling slips as Brexit situation takes unforeseen twist, USA equity indices rise, on prediction of a dovish, FOMC meeting outcome »