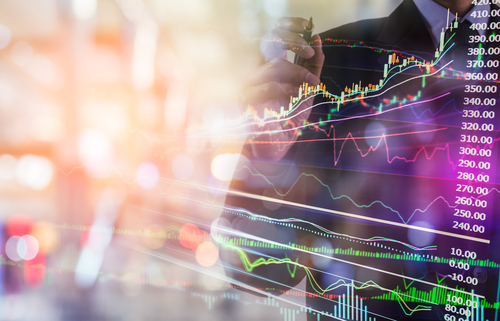 Central bank interest rate decisions for the: U.K., USA and the Swiss economies, could impact on the value of the respective currencies this week

Mar 18 • Forex Trading Articles, Market Commentaries, Morning Roll Call • 1132 Views • Comments Off on Central bank interest rate decisions for the: U.K., USA and the Swiss economies, could impact on the value of the respective currencies this week

The U.K. pound will be under increased focus and intense pressure during the week beginning March 17th. U.K. MPs’ concentration and attention will become heightened, as the March 29th Brexit date approaches. The U.K. government and Parliament only has two working weeks to prevent a non chaotic exit. FX traders will know more, with regards to sentiment for sterling, if and when prime minister May’s vote is brought back to the House of Commons, to be voted on for the third time, possibly on Tuesday, or Wednesday of this week.

Now being referred to as MV3, it’s likely the vote will be held, unless the speaker of the HoC denies it, on the basis of it failing twice previously. The anticipation is that the next vote will be much closer, because MPs will have to decide between a chaotic no deal exit, or choosing an unpalatable, withdrawal agreement. The latest chatter from political commentators, is that May could postpone the vote until the following week, unless she’s sure she’ll win it this week.

MPs are also awaiting the further advice of the U.K. attorney general, regarding the U.K.’s ability to wriggle out of the withdrawal agreement, at any time in the future. If this advice is positive on Monday, then activity and the sentiment regarding GBP could shift dramatically. During the previous week GBP/USD whipsawed in a wide range, oscillating between bullish and bearish sentiment, as various: votes, amendments and high level political discourse took place.

Whilst FX analysts and traders must remain hyper vigilant and constantly on message, in relation to breaking Brexit news during the week, there are several high impact calendar events scheduled for release, which could also impact on the value of sterling and the U.K. main equity indices.

Notably, on Thursday the U.K. central bank, the Bank of England, will announce its latest base rate decision, at 12:00pm U.K. time. The overwhelming forecast, from news agencies such as Bloomberg and Reuters, is for a hold at 0.75%. However, focus will immediately turn to any monetary policy statement, for signs of forward guidance, indicating a shift in policy.

The BoE will also hold a press conference shortly after, generally chaired by the Governor Mark Carney, during and immediately after which, FX analysts and traders will dictate the likely direction of sterling pairs. The U.K. government’s latest borrowing figures will be broadcast at 9:30am, having fallen dramatically in January, the February Reuters forecast is a figure of -£0.8b.

Other medium to high impact news events relevant to the U.K. economy, includes the latest asking house prices from Rightmove, expected to show rises monthly and year on year, when the data is published on Sunday evening, with the market impact likely to be felt on Monday morning. On Tuesday at 9:30am, the U.K. unemployment rate is forecast to remain close to a multi decade low of 4.0%, when the latest figure is published, after approximately 120k jobs were added to the economy, over the past three months.

USA economic calendar news during the week mainly concerns the latest FOMC/Fed interest rate decision, to be announced at 18:00pm on Wednesday March 20th. The overwhelming prediction is for a hold at 2.50%. Naturally, the monetary policy statement and any subsequent press conference held by Fed chair Jerome Powell, will be the main focus of the evening. After appearing to deliver a change in forward guidance in January’s statement, indicating a shift to a more dovish outlook towards monetary policy, with a cautious “wait and see” pronouncement, FX analysts and traders will be curious to see what tone the FOMC/Fed set, or reset.

This high impact event in its entirety, could impact on the value of USD, therefore, traders are advised to diarise the event. Other USA calendar events worth noting this week includes: Tuesday’s factory and durable goods orders at 14:00pm, expected to reveal a rise. On Friday between 13:45 and 14:00pm, a raft of Markit PMIs relating to the USA economy will be broadcast, as will the latest existing home sales. Property sales are forecast to bounce back to positive territory; up to 3.20% in February, after registering a fall of -1.20% in January.

Other notable high impact news this week concerns the Eurozone’s German Zew readings for expectation and economic sentiment. Reuters are forecasting an improvement in both readings when published at 10:00am U.K. time on Tuesday. Although technically soft data, these legacy metrics can move the value of the euro, if the figures miss or beat expectations, by some distance.

The Swiss franc will come under scrutiny on Thursday 21st; at 8:30am as the latest interest rate decisions by the Swiss National Bank are delivered, with the expectation that the rates of between -0.75% and -1.25% will remain unchanged. Any accompanying narrative by the SNB could impact on the value of CHF.

At 8:15am on Friday, a raft of IHS Markit PMIs will be published for: France, Germany and the wider single currency bloc zone. Manufacturing, services and the composite readings, will be broadcast. This series can move the value of both the euro and the value of various Eurozone equity indices.

Both Australasian currencies, the Kiwi and Aussie, will experience increased focus and activity during the week. On Wednesday 20th at 21:45pm, the latest New Zealand GDP growth data will be revealed. Reuters anticipate a YoY Q4 2018 fall to 2.50%, from 2.60%. However, Q4 is predicted to show an improvement to 0.6%, from 0.3% in Q3. Australia’s latest unemployment figure is forecast to remain at 5.00%, when the reading is published at 00:30am on Thursday.