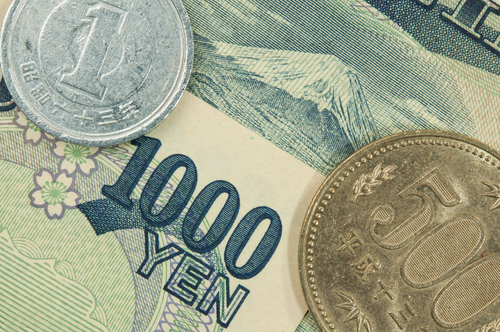 Japan’s central bank, the BOJ, has kept its interest rate in negative territory (NIRP) at -0.1%. During Governor Kuroda’s press conference, after the announcement was broadcast, the BOJ downgraded its assessment of: exports, factory output and its trading partners’ economies. The negative assessment of the domestic economy was widely expected, as a consequence of a raft of weak data, published during the past month.

Japan’s GDP growth is currently at 0.30% annually, whilst inflation is at 0.20%. Getting inflation up to 2%, through an ultra loose monetary policy designed to spur growth, appears to have failed as a policy. BOJ Governor Kuroda also warned that global economic issues, are making it harder for Japan to thrive:

“It is true Japan’s exports and output are being affected by lean overseas growth. On the other hand, domestic demand continues to grow. We maintain our baseline view that the economy is expanding moderately. It is likely to take longer to achieve our price target.However, the output gap is improving. Most board members think it’s more appropriate to patiently maintain our current stimulus programme.”

Japanese equity markets rose after the BOJ announcement and Governor Kuroda’s conference, with the Nikkei index closing up 0.77%, up 7.38% YTD in 2019. Due to not delivering any further forward guidance, in relation to its monetary policy, the BOJ press conference had a neutral impact on the value of yen. At 9:00am U.K. time USD/JPY traded flat on the day at 111.70. EUR/JPY traded close to flat, up 0.06% at 126.3.

Sterling fell versus its peers prior to the London open, however, due to a cabinet minister, David Lidington, voicing an opinion that Brexit is likely to be delayed by up to three months, after the A50 delay vote was passed last night, sterling began to reverse trading direction. Moreover, he predicted that a disorderly Brexit was now far more unlikely, due to the various votes taken in the U.K. House of Commons this week.

GBP was bid up versus the majority of its peers. Many GBP pairs whipsawed in wide ranges, oscillating from bearish to bullish sentiment. At 9:15am U.K. time, GBP/USD traded flat at 1.323 close to the daily pivot point, after previously threatening to breach S1. EUR/GBP had breached R1, to then give up the majority of the daily gains, to trade up 0.24% at 0.855. Eurozone CPI (inflation) came in at 0.30% MoM for February and at 1.50% annually, when the figures were published at 10:00am. EUR/USD remained trading in its tight daily range, with a bullish bias, up 0.20% on the day at 1.132.

The U.S. dollar is set for its worst trading week in three, as FX traders and analysts begin to turn their focus to the FOMC/Fed rate setting policy meeting, due to take place next week. The expectation is no change to the monetary policy, which has developed a more dovish tone over recent months. At 9:30am the dollar index, DXY, had slipped to 96.67, down -0.12%, USD/CHF traded flat, USD/CAD down -0.16%, and AUD/USD traded up 0.25%.

Both Australasian currencies, the Aussie and kiwi dollars, rose versus the U.S. dollar as a consequence of correlated Chinese economic stimulus news; Beijing stated it can use its reserve requirements and interest rates, to support growth. Futures markets for USA market indices, were indicating a positive open for the New York session; at 9:45am the NASDAQ future was up 0.44% and the SPX traded up 0.29%.

The significant calendar events relating to the USA released during the afternoon, starts at 1:15pm U.K. time. The latest industrial and manufacturing production data will be published which, according to the Reuters forecasts, are predicted to reveal a significant improvement; moving into positive territory for February, after posting negative readings in January.

The latest Jolts (job openings) for the USA economy will be published at 14:00pm as the latest University of Michigan consumer sentiment reading is broadcast. Jolts are forecast to come in at 7.225m, with the UMich survey set to report a significant improvement; March’s reading is predicted to rise to 95.6, from 93.8. The raft of economic calendar data, specific to the USA, could move the value of: USD, USA market indices and the value of WTI, if analysts and investors translate the information as bullish for the USA economy.

« Sterling pairs trade in tight ranges as analysts and FX traders gauge the impact of latest U.K. parliament votes, USA equity indices slip, as investors bank weekly profits Central bank interest rate decisions for the: U.K., USA and the Swiss economies, could impact on the value of the respective currencies this week »