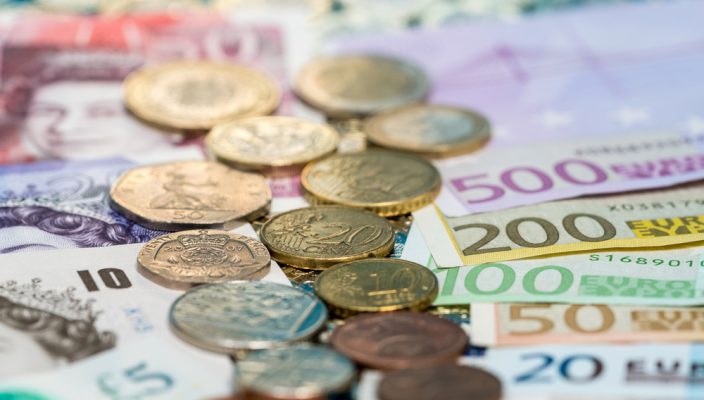 Between 11am and 12am U.K. time the U.K. government and Tory party is set to reveal who their voter base has chosen as their next leader and consequently the British prime minister. The odds-on favourite is Boris Johnson whose insistence that under his stewardship the U.K. would be prepared to exit the European Union by way of a no-deal exit, has spooked financial markets and led to sterling falling versus its peers over recent weeks. Considering the current political chaos in the U.K. illustrated by Tory ministers and M.P.s resigning their positions before being sacked and trying to put motions in front of parliament to prevent Boris Johnson ascending to the position of P.M. sterling has held up remarkably well.

However, that situation may change if and when Johnson delivers a valedictory speech some time today and the reality sinks in that the U.K. electorate has been forced to accept the most right-wing unelected prime minister ever to hold the position. At 8:05am GBP/USD traded down -0.25% at 1.244 as price breached the first level of support, sterling slipped versus both antipodean dollars and traded close to flat versus the euro. The U.K. FTSE index traded up 0.70% shortly after the market opened. Market analyst await the latest CBI trends and business optimism figure, the latter is forecast to come in at a record low of -20 which would suggest that confidence amongst U.K. business leaders has collapsed.

Japan’s NIKKEI index traded up in the final hour of the Asian trading session as rumours gathered that the Bank of Japan might be prepared to consider further monetary easing while the Japanese government may engage in fiscal stimulus, in order to stimulate the flat economy. The NIKKEI index closed up 1.02% whilst yen fell versus several of its peers. At 8:15am U.K. time USD/JPY traded up 0.25%. The latest machine orders figure for Japan came in at -37.9% year on year up to June, while supermarket sales remained depressed at -0.5%.

The U.S. dollar traded up versus its peers across the board during Tuesday’s early sessions, the dollar index revealed USD strength as the DXY traded up 0.25% at 97.50. The index is up 1.59% monthly, despite the persistent rumours that the FOMC will cut the key interest rate by 0.25% when it meets at the end of July. EUR/USD traded down -0.18% as price crashed through the second level of support, S2. Against both antipodean dollar currencies the USD advanced; NZD/USD traded down -0.40% as FX analysts and traders begin to focus on the latest: import, export and trade balance data due to be published by New Zealand’s statistics authority this evening, which could impact on the value of the kiwi dollar.

The medium to high impact calendar events and data releases which could move the markets for USD and U.S. equity markets this afternoon mainly centres on housing data. Existing home sales are expected to show a fall of -0.1% in June from the 2.5% increase in May as house prices are predicted to reveal a rise of 0.3% in May. The futures prices for U.S. equity indices were suggesting a positive open for New York; at 8:50am the SPX future traded up 0.14% with the NASDAQ up 0.17%, close to the record highs printed earlier in the month.

In order to price oil, analysts and oil traders will remain focused on any developments or increasing rhetoric relating to the impasse with Iran and the seized tanker commandeered in the Strait of Hormuz. At 8:40am WTI oil traded close to flat at $56.36 per barrel. The recent rise of gold as six year highs for the precious metal were printed, appears to have come to an end as USD strength has returned to the FX market. Gold has risen over recent months due to its safe haven appeal and as a further hedge against the possibility of the FOMC lowering the key USA interest rate. At 8:45am U.K. time XAU/USD traded down -0.40% at $1419 per ounce as price traded close to the second level of support, S2.

« Major currency pairs trade in tight ranges as DJIA equity market trades sideways Trading without stops can it ever make sense or is it reckless? »