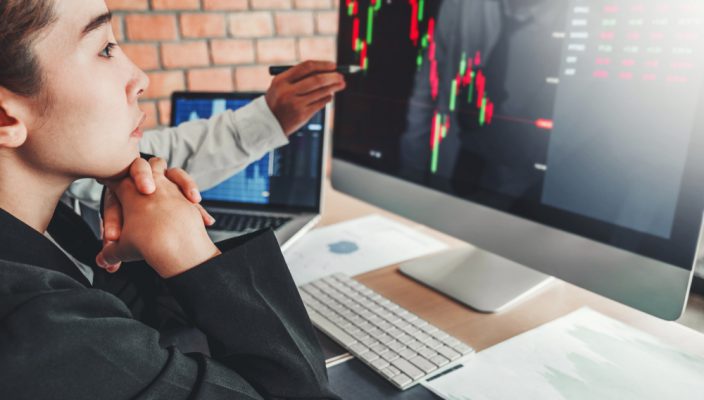 Trading without stops can it ever make sense or is it reckless?

Jul 23 • Forex Trading Articles, Market Commentaries • 1893 Views • Comments Off on Trading without stops can it ever make sense or is it reckless?

Some will cite that various brokers and the markets will collectively hunt their stops, therefore, they’d like to maintain their anonymity. They might have their own mental stop in mind, but won’t ever reveal it to their broker through their platform. However, when you’re operating through an STP broker into an ECN environment and liquidity pool, this theory tends to come across as a touch paranoid. If you think your dealer-desk broker is giving you indicative pricing away from the true market values and you don’t trust either them or their proprietary platform then you have a simple decision to make; close your account and move on.

In relation to the forex market hunting stops, institutional level traders might place their various market orders close to the values of large moving averages plotted on a daily chart, or near round numbers/handles, or close to longer term support and resistance levels. If you place any market orders close to these levels and values you should expect a greater possibility that these levels will be breached simply due to the weight of institutional orders moving the market in that direction. This isn’t proof that the invisible hand of the market is hunting your stops, this is evidence of the high levels of transparency, efficiency and highly functional nature of the FX market.

Another major reason offered up by some FX traders for trading without stops also lacks credibility. They’ll state that due to markets ranging for up to 70% of the time and FX currency pairs rarely moving in a daily range greater than 1%, or equally rising of falling by the same amount during the day’s sessions, there’s little point in using stops. You can see the logic in this theory if you believe markets always revert to a mean. But if you’re day-trading or attempting a version of scalping then such a trading method is fraught with danger.

If you’re a day-trader aiming for relatively small gains, let’s suggest 15 pips on a major currency this may translate as a movement of less than 0.10% during a session. Therefore, if the currency pair does move by 1% during the day then you’ll suffer a significant daily loss, particularly if this pattern of trading behaviour and outcomes is replicated across many FX pairs you hold simultaneous positions in. You could put forward an argument that you may lose 2% one day but you’re equally likely to make gains of a similar amount during forthcoming sessions. But that’s making the assumption that markets deliver an even set of results spread out over a specific period and markets never deliver such smooth and predictable outcomes. You’ll also need to maintain a higher account size if you trade without stops. If not you might be immediately compromised by the leverage and margin requirements your broker and the authority they’re governed by insists on.

The movements of forex values are not completely random they’re highly unpredictable, you don’t know what the random distribution between your winners and losers will be on any given day, or when measured over a medium term period such as three months. Your strategy might work moderately for three months, but fail spectacularly for the next three. Can you maintain faith in it without losing control of your emotions and controlling your losses?

If you’re a day-trader who never holds trades overnight, then you’ll be making decisions as to whether the market for an FX pair is bullish or bearish. Surely it makes sense if you believe the market in, for example, EUR/USD is bullish during the day or a session that you place your stop where you think your judgement might be wrong, perhaps at the daily low? In doing so you know that if the stop is hit then more than likely the market has turned against your prediction, which may have been valid at the time you placed the trade. You have a justifiable reason to close your trade or see it automatically closed by way of a stop because your prediction was incorrect. You’ve preserved as much capital as possible by sticking to a set of rules, presumably embedded in your trading-plan.

Stops should be used as part of your risk-control and money management technique. If you don’t use them then you’re trading blind. FX trading professionals will refer to risk and probability being the two major factors underpinning their trading strategies and success. You can’t trade probabilities without controlling your risk per trade and your overall daily risk, you can’t develop a robust trading method and strategy without money-management being a critical element. The simplest tool you have at your disposal for controlling your risk is a stop.