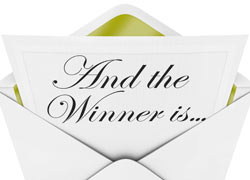 Perhaps the major news event to get currency traders excited is still ‘NFP day’. When non farm pay roll day comes around each month there’s plenty of forex column inches and opinion enticing you to; “step right up Sir, spin the wheel, try your luck and win a prize for the lucky lady..”

Amongst the many suggestions as to how to play the NFP game there’s one that stands the test of time; “don’t play it, ever”, at least not applying the method most would employ and the more unscrupulous brokers encourage. You can either disengage your carefully crafted strategy and grey matter to simply ‘have a punt’ on the day, or take a considered view as to how to manage the positions you may have open in the market already.

Plenty of traders simply exit any USD correlated trades they have during the minutes before the announcement, to then potentially re-enter once the direction is visible. Many traders take two way bets using stops; one short, one long, using 40 pips stops on the understanding that the markets for the dollar will move above forty pips in one direction or another so you’ll be guaranteed to be pip positive..right? What could possibly go wrong with a plan such as that? Other than your orders not getting filled in such a fast moving market, your stops not being hit and instead blasted through to leave both trades as losers…

It’s worth taking some time out to consider whether or not historically the trend has ever changed dramatically on the various USD currency pairs after the NFP announcement. Perhaps using your charting software to back test this theory would reveal quite a surprise; despite all the clamour and excitement drummed up on the day (and preceding days) the probability is that the established trend and direction will remain steadfast after the announcement has passed. Examine it yourself..

Take, for example, the EUR/USD chart plotted over the past eighteen months using a 4 hour time frame. Then superimpose the Friday NFP day on each of the relevant months. What you’ll discover is that the announcement rarely causes a complete reversal of the trend. Does this pre suppose that the NFP data has been leaked, did ‘the market’ know already? Unlikely, the fact is that other private pay roll data precedes NFP and market sentiment for a currency is, (in the present environment were macro economic events far outweigh the relevance of domestic data), unlikely to be moved dramatically due to a jobs announcement in isolation, unless the data is significantly different to that already widely predicted.

So how has the NFP myth flourished, who is responsible and why has the myth continued?

Undoubtedly during the 2008-2009 market crash, as the USA unemployment numbers fell through the earth’s crust into economic molten lava, the spikes experienced were unprecedented in modern times using the trading platforms and charts we all use. Spikes on cable of 150 pips+ were quite common as the NFP data illustrated up to 700k jobs lost in any given month.

It truly was shock and awe and the jobs data did have the ability to change market sentiment in seconds. Naturally as the figures have become less dramatic, (the job losses however individually devastating are far less than previous), the impact on the currency markets have subsided and the amount of ‘trend changers’ NFP days likewise. The pattern is now for the spikes to be moderate and the overall impact of the data far less than witnessed in 2008-2009.

The numbers now rarely shock upon release and most analysts take time to gauge the other factors determining how the jobs data translates into overall USA economic health, for example; the longer term unemployment figures, those who have finally given up finding work, the inactivity rate amongst those of working age are snapshots that are not easily identifiable immediately upon the publication of the data.

Making a determined play on NFP day, simply ‘betting’ on outcome, is/was never a two horse race, it is/was always dangerous given the markets tendency for ‘double spikes’ upon release. Therefore the trader has three choices; play it as a bet, close all current trades, or stay in your current trade/trades. The latter being arguably the best option given that the trend the currency is already in rarely reverses.

Watching the excitement of NFP day, from the comfort of a four hour or daily timeframe chart, is fascinating, its reminiscent of watching a small nuclear test explosion on Christmas Island from relative safety 200 miles away. The impact and shock waves will eventually hit but they’ll be rendered impotent, unlike all life close to the ground zero of the island which has little or no chance or survival the closer you are.

And so it is with time frames, the closer you get to the nucleus of the potential explosion on NFP day the more likely you are to be vaporised, in seconds..