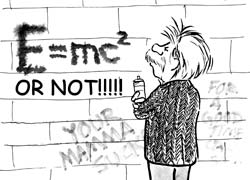 Whilst all eyes are focused on Greece and the wider Eurozone issues the World Bank has warned of a probable slump in global economic growth and urged developing countries to prepare for shocks that, in the bank's opinion, could be far more severe than the 2008 crisis…

Andrew Burns, manager of global macroeconomics at the World Bank, has stated that there is a real and present danger that this downturn could be far deeper than the global crash which followed the collapse of Lehman Brothers in 2008;

This time, going in, developing countries will be in much better condition than high income countries, but that said, we are concerned. They are going to be operating in a situation where the high income countries aren’t going to be able to offer the same type of counter fiscal policy and the same type of support to the financial system as they did in 2008/9. There was a big response in 2008-09 but it is not obvious that the same mechanisms can be used as effectively as they were in 2008-09. Those parts of the economy that were stimulated in 2008-09 are already over-heating.

The global economy is entering into a new phase of uncertainty and danger. The risks of a global freezing up of capital markets as well as a global crisis similar to what happened in September 2008 are real. No country will be spared. The downturn is likely to be longer and deeper than the last one.

It is very likely that most European countries, including Germany, entered recession in the fourth quarter of last year, investors have cut investments in developing countries by 45 percent in the second half of last year, compared with the same period in 2010.

In part of the report the World Bank stated;

While contained for the moment, the risk of a much broader freezing up of capital markets and a global crisis similar in magnitude to the Lehman crisis remains. In particular, the willingness of markets to finance the deficits and maturing debt of high-income countries cannot be assured. Should more countries find themselves denied such financing, a much wider financial crisis that could engulf private banks and other financial institutions on both sides of the Atlantic cannot be ruled out. The world could be thrown into recession as large or even larger than that of 2008-09.

In the event of a major crisis, activity is unlikely to bounce back as quickly as it did in 2008-09, in part because high-income countries will not have the fiscal resources to launch as strong a counter-cyclical policy response as in 2008-09 or to offer the same level of support to troubled financial institutions. Developing countries would also have much less fiscal space than in 2008 with which to react to a global slowdown (38% of developing countries are estimated to have a government deficit of 4% or more of GDP in 2011). As a result, if financial conditions deteriorate, many of these countries could be forced to cut spending pro-cyclically, thereby exacerbating the cycle.

Monetary policy in high-income countries will also not be able to respond as forcibly as in 2008-09, given the already large expansion of central bank balance sheets. Among developing countries, many countries have tightened monetary policy, and would be able to relax policy (and in some cases already have) if conditions were to deteriorate sharply.

The bank has cut its growth forecast for developing countries this year to 5.4 percent from 6.2 percent and for developed countries to 1.4 percent from 2.7 percent. For the 17 countries that use the euro currency it has forecast a contraction, cutting their growth outlook to -0.3 percent from the previous +1.8 percent. The World Bank suggests that governments are in a far weaker position than they were to respond to the 2008 global crisis, because this time their debts and budget deficits are enlarged. The bank's outlook in its "Global Economic Prospects" report issued twice a year adds to mounting gloom amid Europe's debt crisis and high U.S. unemployment.

Global growth could be hurt by a recession in Europe and a slowdown in India, Brazil and other developing countries whilst conditions might worsen if more European countries are unable to raise money in financial markets. Developing countries, that have enjoyed relatively strong growth while the United States and Europe struggled, might also contract sharply. The suggestion is that they should line up financing in advance of a systemic shock in order to cover budget deficits, they should review the health of their banks and emphasise and earmark spending on social safety nets.

The bank's report follows similar dire warnings about the global economy by its sister organisation, the International Monetary Fund. For the United States, the bank cut this year's growth forecast to 2.2 percent from 2.9 percent and for 2013 to 2.4 percent from 2.7 percent. It cited the anticipated global slowdown and the on-going fight in Washington over spending and taxes. The United States is already feeling some pain from Europe's crisis. Exports to Europe fell 6 percent in November the Commerce Department said last week.

Global growth might suffer from the interaction of Europe's troubles and efforts by China, India, South Africa, Russia and Turkey to cool rapid growth and inflation with interest rate hikes and other measures, the bank said.
China's expansion slowed to a 2 1/2-year low of 8.9 percent in the three months ending in December from the previous quarter's 9.1 percent. As Europe weakens, developing countries could find "their slowdown might be larger than is necessary to cope with inflation pressures."

A global downturn would hurt developing countries by driving down prices for metals, farm goods and other commodities and demand for other exports. Slower growth is already visible in weakening trade and commodity prices.

Global exports of goods and services expanded an estimated 6.6 percent in 2011, barely half the previous year's 12.4 percent rate. The Bank expects growth rate to fall to 4.7 percent this year. Prices of energy, metals and farm products are down 10 to 25 percent from their peaks in early 2011.