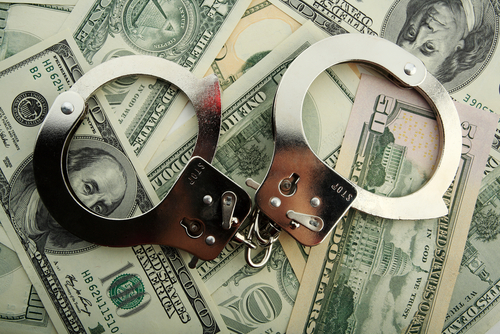 After being found unconscious and near death in his car last July 9 in an apparent suicide attempt, the 64 year old Russell Wasendorf, chief executive of the Peregrine Financial Group has since been indicted of 31 counts of lying to regulators.  He has initially entered a not guilty plea to the charges of taking $200 million from his clients’ investment funds.

Authorities said that Wasendorf had taken sleeping pills prior to locking himself inside his car with the engines running and a hose snaking from the exhaust pipes into the slightly open windows of the car. He was discovered just in the nick of time and brought to the hospital. He has since been incarcerated on a suicide watch.

What seems to be damning evidence against him was a suicide note he wrote and intended to leave behind. It was actually a signed confession detailing how he defrauded his clients over the span of 20 years in the amount that reached $200 million.

This is not the first time that the owners or officers of large investment houses have misappropriated their investors’ funds to serve their own personal ends. The successive incidents and the huge amount of funds involved are more than enough reasons for our financial regulators to review the manner by which it exercises its oversight functions. If they have not been remiss on their oversight functions, such incidents should never have occurred much less allowed to escalate to unmanageable proportions. Simply put, it could have been easily quashed if ever attempts are made to do it.

The CFTC, which has oversight functions over financial institutions engaged with futures and retail forex such as Peregrine should have been able to unearth the anomaly early on if they have just been efficient in doing their jobs. But as it is, they apparently have been sleeping on their jobs.

Investors who have trusted Peregrine with their investment funds have been told that they won’t be able to get back 100% of their investments The best estimate is they can get back a maximum of 40% of what they have originally invested with Peregrine. Peregrine’s clients maintained about $36.7m in currency-trading accounts, with about $1.75m in accounts dedicated to trading physical metals. Currently, authorities are trying to follow the trail of the missing funds. Their efforts are however, hampered by the fact that Peregrine has already filed for bankruptcy and his assets are now under the management of the bankruptcy courts. In the meantime, Peregrine investors can only hope and pray that they may be able to get back a bigger chunk of what they put in.