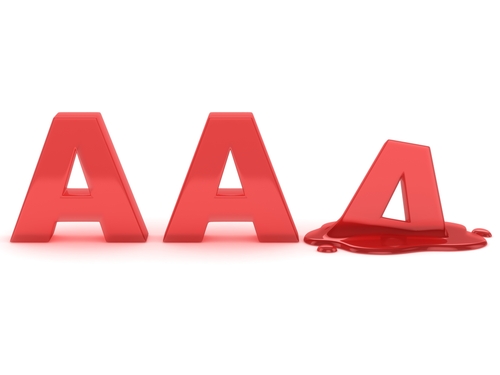 The UK pound traded to a four month high during September 11 trading following a forex news announcement on Moody’s threatened downgrade of the US credit rating. At morning trading, the GBP/USD hit 1.6049, its highest level since May 15, before consolidating at 1.6047. Analysts said the pair would likely reach support levels at 1.5958 and resistance at 1.6112.

The pound strengthened against the greenback following Moody’s forex news statement updating its outlook for the country’s debt rating, in which it said that if budget negotiations failed to come up with an acceptable package, it would downgrade the US credit rating to Aa1 from Aaa. A bipartisan congressional ‘supercommittee‘ is currently in the midst of negotiations to reduce the US $15 trillion debt by $1.5 trillion ahead of a pre-set deadline.

If the ‘supercommittee’ fails to come to an agreement, the 2013 budget deficit is set to be reduced by half at the start of the year, resulting in significant spending cuts to national defense and domestic programs, as well as tax increases, which are worth a cumulative $1.2 trillion. This scenario has been dubbed the “fiscal cliff” since it would result in the US economy experiencing a ‘double-dip’ recession in the first half of next year.

Also helping prop up the UK pound was forex news that the country’s goods trade deficit had narrowed on the back of record high exports to countries outside the EU as well as increases in the trade balance of the oil and diamonds categories.

According to the Office for National Statistics, the July trade deficit contracted to £7.14 billion from £10.06 billion in June and significantly lower than the £11.8 billion figure forecast by economists. Goods deficit with non-EU countries fell to £2.877 billion in July from £5.077 in June, and following forecasts of £4.5 billion. Overall trade deficit was £1.517 billion in July from £4.333 billion in the previous month, driven by the highest rise in total exports in goods since 1988, when records were first kept.

Meanwhile, the markets continued to anticipate the results of the US Federal Reserve’s FOMC (Federal Open Market Committee) policy meeting on September 13. The Fed is expected to announce a third series of quantitative easing measures in order to stimulate the economy following disappoints jobs figures. Adding to the disappointing forex news was US trade deficit figures from the Commerce Department, which showed that the deficit had grown to $42 million in July due to fewer exports to Brazil, Europe and India.

US exports fell to $183.3 billion as exports of heavy machinery, automobiles and telecommunications equipment all declined, while imports dropped to $225.3 billion. According to analysts, the deficit would have been larger if not for a 6.5% reduction in oil imports due to cheaper global prices. The higher deficit is seen to drag down growth as the country spends more on imports while earning less from exports. Second quarter US growth figures covering April to June showed that growth had slowed to 1.7% on an annualized basis, significantly less than what is needed to stimulate new job growth.