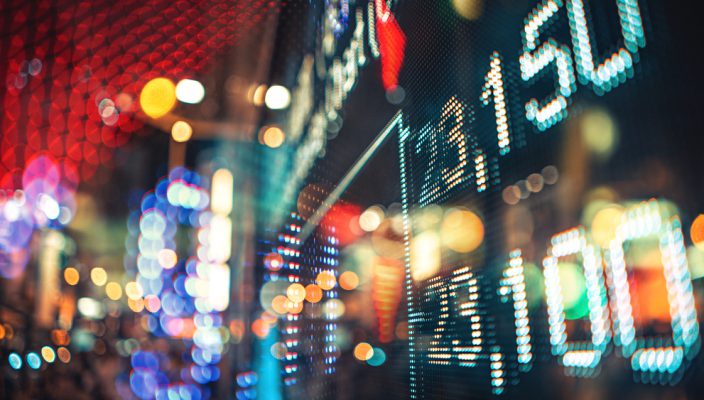 In the Sydney-Asian trading session, the Kiwi dollar fell as the RBNZ broadcast its financial stability report, thereafter, Governor Orr orchestrated a press conference and appeared before a parliamentary committee, to explain the central bank’s decision making. As a consequence of the detail, FX analysts downgraded the Kiwi and traders sold off the currency, versus the majority of its peers. At 8:30am U.K. time on Wednesday May 29th, NZD/USD traded down -0.16% as the bearish price action saw the currency pair fall through the first level of support, S1. The Kiwi fell versus the other two safe haven currencies; CHF and JPY and versus EUR, as the currency pairs followed similar patterns of price action behaviour, to that displayed by NZD/USD.

Chinese equity markets experienced mixed fortunes on Wednesday morning, the Shanghai Composite closed up 0.16% and the CSI down -0.23%. The People’s Daily newspaper, owned and run by China’s ruling Communist Party, stated in Wednesday’s publication that Beijing was ready and willing to use rare earth minerals for leverage in the trade war with the United States. In a strongly worded article the words; “don’t say we didn’t warn you”, will have instilled fear in many USA manufacturers.

The light doesn’t appear to have gone on in the White House; that taking a battle to Huawei to impact on its global sales reach, leaves Apple incredibly vulnerable, notably due to its manufacturing base being located in China. Moreover, these rare earth minerals are used by many American manufacturers, domestically and globally. At 9:00am U.K. time USA equity market futures indicated a sharp sell off when New York opens; the tech heavy NASDAQ index, in which many companies rely on supplies of rare earths, was down -0.97%, whilst the SPX future traded down -0.71%, both indices closed down on Tuesday evening, as price reached two month lows.

As the global reserve currency, the U.S. dollar has experienced safe haven interest over recent sessions, the DXY is trading within half a cent of its two year high, up 0.05% at 98.00, as USD has registered gains across a broad range of its peers. However, JPY rose significantly versus its peers, as investors sought out yen as the traditional safe haven refuge for currency traders. Despite USD strength during the early sessions, at 9:00am USD/JPY traded down -0.15%, at 109.19, close to the first level of support, as the major pair has recommenced the sell off, witnessed during the month of May. The Swiss franc also recorded safe haven gains during the early sessions; USD/CHF traded down -0.14%, trading in a tight range, oscillating between the daily P.P. and S1.

European indices sold off sharply during the early hours of the London-European trading session, as the Chinese statements; regarding the administration’s preparedness to take on the USA administration, spooked investors. Germany’s latest unemployment figures revealed a shock rise in unemployment for the month of May, which added to the general risk off tone. Unemployment rose by 60k in the month, missing the forecast of a fall of -7k. The unemployment rate consequently rose to 5%, ahead of the 4.9% forecast. France’s Q1 GDP growth came in as forecast, at 0.3%, pushing the yearly rate up to 1.3%, representing a significant improvement on the metrics printed for France, during the latter stages of 2018.

Sterling continued its recent slump versus several peers, during the early hours of the London-European trading session. At 9:30am GBP/USD traded down -0.15%, falling to S1, maintaining a sell off that has seen the major pair, referred to as “cable”, fall by circa -2.00% monthly. EUR/GBP traded up 0.10%, up approximately 2.00% monthly. Sterling is under scrutiny by analysts and institutional level FX traders, who remain short the currency, due to Tory infighting only just beginning, as various MPs begin to jostle for the leadership job and immediate installation as the de facto prime minister of the U.K. The mood of chaos and panic has been increased, as certain cabinet ministers are threatening to bring down the government, rather than agree to a no deal Brexit in October, or support Boris Johnson’s candidacy.

FX traders who prefer to trade economic calendar events, those who trade major pairs, or CAD pairs in isolation, need to remain vigilant to the Bank of Canada’s central bank interest rate decision and the subsequent statements by Governor Stephen Poloz, after the rate setting decision is announced at 15:00pm U.K. time, on Wednesday afternoon. The widely held consensus is for the rate to be held at 1.75%, however, there is growing criticism that the last rise by 0.25%, implemented in October 2018, was premature. Therefore, FX analysts and traders may quickly concentrate on any narrative from the BOC, explaining any future monetary policy management, in light of the fact that Canada’s GDP growth has halved, since the second quarter of 2017.

« How the COT report can assist swing and position forex traders, with their decision making. Will the USA GDP figures reveal any impact, from the China-USA trade war and tariff rise? »