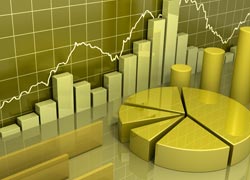 Indicators Will Never Work Except When They Do, Which Is All The Time

Jan 12 • Forex Trading Articles • 4983 Views • 1 Comment on Indicators Will Never Work Except When They Do, Which Is All The Time

Once you’ve been in the ‘trading game’ for a number of years you observe trading fads come and go; dark-siding was all the rage a couple of years back, presumably you needed to be a Sith Lord or Jedi Knight to make it work. Apparently price action is the only way to trade, and if you’re not trading using fundamentals then apparently “you’re simply guessing”.

The latest received wisdom is that you must have access to the order flow, the depth of market, and level two access to make a success of trading. Well there’s no argument from my perspective that all the aforementioned can improve your trading, likewise a squawk and a Bloomberg terminal (combined cost of circa €2500 per month) would undeniably give you the necessary tools to do the job, these are aspirations that all traders should aim for, but they’re not essential for the vast majority of traders who use theSTP/ECN services of a broker such as FXCC.

The current vogue is to dismiss indicators, apparently they are;

And so it goes on and on and on…

Now I don’t know about you but Gerald Appel who invented the MACD,  Welles Wilder Jr., who invented the rsi, and George Lane, the creator of the stochastic indicator, each one creating a truly fantastic maths formulae indicating (with unerring accuracy) where price will probably go next, get my vote ahead of some random guy on an ‘interweb’ forum who told you to “bin those indicators and just use a naked chart.”

Well I’m going to let you into a big secret; indicators do ‘work’, but not necessarily in the obvious way most expect. There is one inherent accidental quality of indicators that’ll protect your capital (without which you’re out of this game) and in a heartbeat cause you to manage your money more effectively. Indicators guide you as to when to get in the trade and when to get out, ergo they place a limit on your loss on any particular trade. Protect the downside and the upside can take care of itself. Can order flow, depth of market, price action do that, or could trading in that manner cause you to hold onto your losers beyond their organic expiration?

The temptation, to let the trade ‘evolve’ to see if it comes back to your directional bias or hit the stop when the trade has ‘gone bad’ is then eliminated. As an indicator based strategy trader you could be out of the bad trade and onside with the good, having recovered your earlier loss, as the “price- actionista” waits for a reason to exit.

There is no strategy that can be 100% accurate in predicting the direction of a trade, as the famed trader Jesse Livermore is alleged to have remarked, “You’ll never know ‘til you bet!” Unless you’re trading in or for a Tier 1 bank (trading huge size), or have access to the BoE/FED/ECB’s fundamental decisions seconds before the information is published, both scenarios potentially instantly moving the market, then you’re in the food chain with the rest and the best of us.

You’re waiting for price to react to news or fundamentals and then for information to bleed onto your charts, only then can you pull the trigger. Can price action, order flow, level 2 access, predict price movement for retail traders in a superior fashion than indicators, or get you ahead of the curve were these crucial fundamental decisions are concerned?

There are three crucial aspects to an individual trade, the entry, the management and the exit. We accept that we cannot control or influence what price does once we pull the trigger, we are ultimately at the mercy of the market, but we can control our emotions in order to manage the trade effectively and as such reach a conclusion as when it’s right to enter and exit. Using indicators to assist with this can greatly enhance your feeling of control whilst encouraging intense trading discipline ensuring any loss on a single trade is minimised. Used correctly indicators can also dramatically reduce the temptation to over trade; this can also be an account killer for the inexperienced trader.

I once put the price action versus indicator based strategy discussion to the test. I asked a fellow trader to show me where he’d taken trades using price action. I then over lapped a basic MA, rsi, macd strat over his price action decisions. You know where I’m going with this don’t you? Over a series of trades, taken over a two week period, the trades taken off a one hour time frame were remarkably similar to mine.

Price moved, we followed price. However, there was an element of precision with the indicator based strategy that caused the price action method to come up significantly short. Also the call to action with the indicator strategy was immediate whereas the price action method had an inherent delay as the trader weighed up his options and took time to ‘check all his bases’.

With any indicator strategy we’re looking for exactly the same criteria as price action, a dramatic movement away from the mean or average price. Are those who dismiss indicators suggesting that certain indicators cannot highlight price making or failing to make higher highs or lower lows? If we’re looking for price divergence from the mean, for price to in effect accelerate away from the mean average, cannot a simple two cross over system indicate that price is on the move?

Of course it can and there are many successful traders and speculators, some at huge hedge funds, who have used indicators to good effect for decades who would raise a smile upon hearing that the indicator based strategy they’ve employed “doesn’t work…”

« The Faulty Towers Index And How Building Skyscrapers Heralds Economic Doom Not Boom Threat Of A Euro-Wide Embargo Versus Iran Is Lifted As Euro-Nations Realise That They Need..er..The Oil »