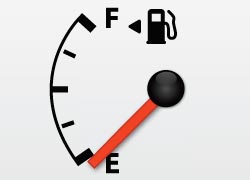 Threat Of A Euro-Wide Embargo Versus Iran Is Lifted As Euro-Nations Realise That They Need..er..The Oil

Jan 13 • Between the lines • 11463 Views • 7 Comments on Threat Of A Euro-Wide Embargo Versus Iran Is Lifted As Euro-Nations Realise That They Need..er..The Oil

Before being railroaded and bullied into empty tub thumping rhetoric it might have been worth the European Union mandarins and apparatchiks pulling up an oil supply chart and spotting that cutting off supply from your second largest supplier isn’t the brightest of ideas.

Particularly if that biggest supplier has a) pathological habits of over estimating its reserves and b) a slam dunk opportunity to put the price up. The last thing Europe needs, as it sails into the eye of a new recession, is more expensive oil. Common sense has prevailed (for now) and the E.U. has rowed back its position and any decision.

Oil dropped the most in two weeks after the proposed European Union embargo of Iranian oil imports was delayed for six months. Crude fell 1.8 percent on the postponement that will allow countries such as Greece, Italy and Spain to find alternative supplies, according to an EU official with knowledge of the talks. Futures surged above $103 a barrel this month to the highest level since May as Iran threatened to block the Strait of Hormuz if an embargo was imposed.

Crude for February delivery tumbled $1.77 to settle at $99.10 a barrel in New York. Prices have risen 7.9 percent in the past year. Hedge funds and other investors that bet prices will rise as Middle East tension escalates, have pushed up oil prices by 16 percent in the past three months.

Futures declined 2.1 percent within minutes on the EU-Iran news, reversing an earlier gain. Oil continued to fall in electronic trading after the Nymex settlement at 2:30 p.m. in New York and touched $98.50 a barrel, the lowest intraday price since Dec. 29. Brent oil fell 98 cents, or 0.9 percent, to $111.26 a barrel on the London-based ICE Futures Europe exchange. It traded as high as $115.12, the most since Nov. 9, before dropping as low as $110.31.

The embargo needs to be agreed to by the 27 nation-bloc’s foreign ministers on Jan. 23, it’s likely to include an exemption for Italy, so crude can be sold to pay off debts to Rome-based Eni SpA, Italy’s largest oil company. Iran, the second biggest producer in the Organisation of Petroleum Exporting Countries after Saudi Arabia, pumped 3.58 million barrels a day in December, according to estimates.

The euro gained as European Central Bank President Mario Draghi said he saw signs of stabilisation in the region and yields decreased at Spanish and Italian debt auctions.

A Bloomberg survey forecasts a seasonally adjusted figure of 0.5 billion for the Eurozone trade balance, from 0.3 billion previously.

« Indicators Will Never Work Except When They Do, Which Is All The Time Is China Beginning Its Great Unwind From USA Dollars? »