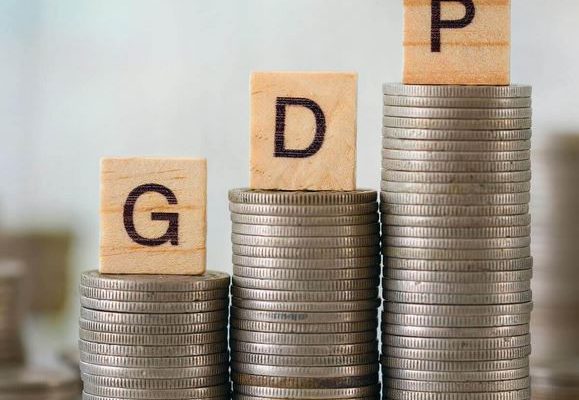 Forex traders’ most closely watched economic indicator is Gross Domestic Product GDP. The forex market can often suffer wild swings as a result of both the initial release and the following revisions to the influential data.

Economists and fundamental traders typically use GDP to assess a nation’s economic health and growth. It is also possible to determine the standard of living in a country based on the data collected.

The GDP indicator and what does it measure?

An economy’s Gross Domestic Product is usually measured annually, showing the productivity of the economy as a whole. As a general rule, GDP results should be similar whether they are calculated using the expenditure approach, the income approach, or the product approach.

GDP encapsulates the value of investments, services, trade balance, and goods produced in a country’s economy. Spending by governments and other public agencies is also included in the data.

In a growing economy, changes in GDP can have a significant impact. Usually, when an economy’s GDP is growing, businesses will hire more staff to meet the increase in demand for products and services.

Furthermore, the country’s business cycle usually improves as the economy expands and more goods are exported.

A decline in GDP, however, generally indicates a slowdown in economic activity. When GDP contractions or negative GDP growth occur during the business cycle decline, demand for goods and services tends to be reduced.

Here are some financial markets’ aspects which are affected by GDP.

An unexpectedly low GDP reading may lead traders to sell off the dollar against other currencies if the reading is lower than expected.

The United States is likely to experience an economic depression when GDP rates are lower, which will likely reduce the chances of increasing interest rates, thereby lowering the value of the USD and USD-based assets. Generally, the steeper the decline of a currency, the more a GDP reading is below the estimate.

Forex traders should pay particular attention to GDP readings that come in as expected. To better understand the economy of the currency in question, traders can compare the current reading with the previous quarter’s or year’s reading.

Consequently, adjusting the price will take a while when the market sorts out the details of the situation.

Currency strength will more than likely be driven by GDP readings that are higher than expected. In other words, if the GDP rate of the United States increases, the dollar will appreciate against other currencies. An increase in GDP leads to a rise in dollar value.

The course of a financial year will require any active trader to process countless reports. The Gross Domestic Product is arguably one of the most critical indicators, even if it does not carry as much importance. It is a reflection of the power and stability of a country that can have a significant impact on the forex market either way. When it is released, paying attention to the GDP report is essential.

« How to Trade With the Elliott Wave Theory? ROC Trading Strategy- Rules and Interpretation »