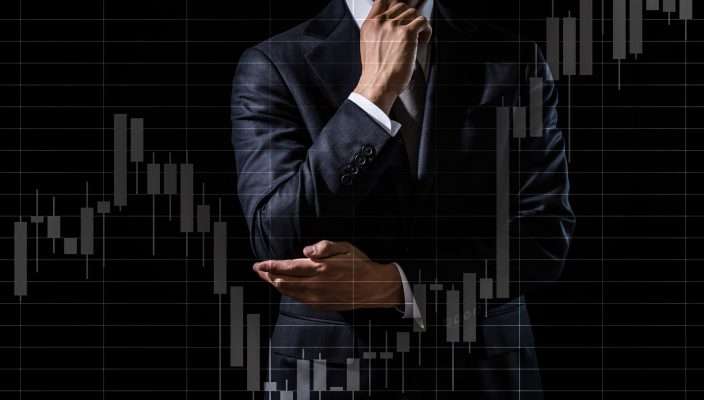 How to spot when investors are moving into safe haven assets and how the move can provide simple FX trading opportunities.

May 24 • Forex Trading Articles, Market Commentaries • 1657 Views • Comments Off on How to spot when investors are moving into safe haven assets and how the move can provide simple FX trading opportunities.

Traders should ensure they understand the phenomenon of risk on risk off. Often referred to as “RORO”, identifying such market condition can help traders to improve their decision making. When investor and market sentiment is high and bullish, investors take risk on. When investor and market sentiment is low and bearish, investors take risk off, or out of the markets. Risk on can be overall identified by equity markets rising sharply, generally over a period of several sessions. Risk on momentum may be aided by USA indices such as the: DJIA, SPX and NASDAQ rising. Ten of the most valuable firms in the USA and globally, are contained in the NASDAQ tech index. The FAANGS; Facebook, Apple, Amazon, Netflix and Google, have market capitalisation valuations close to or in excess of one trillion USD each. They’re now seen as stocks that illustrate general bullishness across the board, in the USA and throughout global markets.

Correspondingly, other securities will also rise in bullish markets, such as commodities. If the market consensus is bullish, then WTI oil might rise, as might copper, based on global commerce requiring more of the basic commodities, to increase production and manufacturing. The U.S. dollar might also rise, due to it being the global reserve currency. Conversely and in a negative correlation, what are termed “safe haven assets” will fall in value, during risk on trading conditions.

The typical safe haven assets are precious metals and various currencies. Gold and silver prices tend to rise in periods when risk is off and out of the market, similarly, the value of currencies such as Japanese yen and the Swiss franc rise. In terms of European and American investors, the Swiss franc has legendary safe haven status, due to the stability of the Swiss banking system. Despite having interest rates in negative territory, the Swiss SNB central bank, hasn’t engaged in the excessive rounds of quantitative easing other banks have, therefore the Swiss franc always remains in demand as a store of value. In Asia, despite the BOJ central bank engaging in a multi trillion yen programme of both monetary and fiscal stimuli over recent years, yen also attracts safe haven investment appeal. It’s stability is due to its legacy and convertibility, unlike emerging economies’ currencies (including China’s yuan). Therefore, in times of doubt many Asian investors take refuge in yen.

During risk off periods, as the appeal of safe haven assets increases, the value of currency pairs such as USD/CHF, USD/JPY, EUR/CHF and GBP/JPY, will possibly fall. Equity indices could also fall, as can the value of WTI oil, whilst precious metals often rise, in a negative correlated move. Identifying bearish market conditions and pinpointing the exact moment when sentiment concerning certain securities and indices turn, is a simple exercise when observed in hindsight. However, as with most issues, capitalising on the process as the bearish market evolves, requires observational skills.

One approach could be to ensure you have a wide lens focussed on several securities, in this way you’re in a position to potentially take advantage of several opportunities, whilst making sure you’re not on the opposite side of changing sentiment. For example; if the SPX and NASDAQ are falling sharply, then theoretically, WTI, USD/CHF, USD/JPY should fall in correlation with the leading USA equities indices. Equally, precious metals should rise in value. Therefore, you don’t necessarily have to pinpoint the exact time the securities stop and reverse, but you could identify the risk off tone and the potential rush to safe havens.

During the afternoon of Thursday May 23rd, markets displayed classic, text book, risk off, sentiment. Geo political/economic tensions regarding the China-USA trade war reignited, based on the tariffs the Trump administration applied two-three weeks previously, now coming into effect as China’s imports began to arrive at USA ports. Likewise, USA arable farm produce exports began to arrive at Chinese ports. The USA President was also under renewed pressure at home, as the drum beat for impeachment began to get louder. Aligned with these two factors, the USA economic calendar data published on Thursday, missed forecasts by some distance.

These various events caused the SPX and WTI oil to fall and the Swiss franc, Japanese yen and gold to rise. As can be clearly seen by the charts provided, the timing of each change didn’t align. As Chinese equity markets sold off during the Asian session, the SPX followed suit. WTI oil futures also sold off. Gold only began to rise in value shortly after the London-European market opened, the Swiss franc and Japanese yen began to rise versus their main peers later on during the early stages of the morning session. Your challenge would have been identifying: when these changes were occurring, why and how severe the risk off and rush to safe haven assets would be. It might require you needing to close certain positions, reverse your direction in other securities and open new positions. However, as previously stated, it’s essential, particularly for day traders, that you’re on the right side of the bets and market sentiment. In some ways, the timing isn’t critical, if you can identify the change occurring, within a reasonable window of time.

« Global markets recover during the overnight and morning session on Friday after Thursday’s rout, U.S. dollar continues to slip, after interest rate cut rumours persist. The latest GDP figures for the U.S.A. will be published during the week, Canada’s GDP is also revealed as is the Bank of Canada’s interest rate decision. »