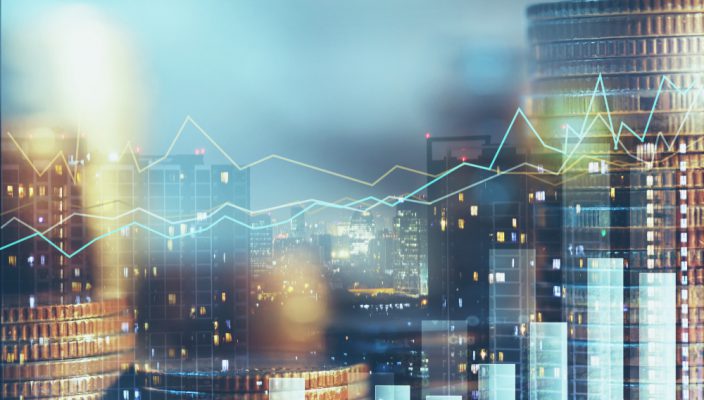 After global equity markets experienced a sell off across the board during Thursday’s trading sessions, Asian and European markets registered modest recoveries by 8:20am U.K. time on Friday, whilst USA equity market futures pointed to a positive open for the New York session. Chinese equity markets closed up; Shanghai Composite by 0.02% and the CSI by 0.28%. Germany’s DAX traded up 0.73%, France’s CAC up 0.54% and the U.K. FTSE 100 up 0.41%. USA equity market index futures were up, after USA markets reduced their losses at the tail end of Thursday’s New York session; the SPX future was up 0.43% and NASDAQ traded up 0.48%.

After selling off versus the majority of its peers during Thursday’s New York session, USD failed to recover the lost ground during Friday’s early sessions, the DXY, dollar index, traded down -0.07% falling below the 98.00 handle, to trade at 97.84 at 8:40am U.K. time. Versus the majority if its other major peers, USD traded down in the early stages of the London-European trading session. Unfounded rumours emerged during the Thursday afternoon session, that the FOMC/Fed could consider a rate cut, rumours not based on the FOMC minutes, which gave no indication of such a dovish move, but based on the interpretation of certain Fed officials’ comments, who delivered various speeches on Thursday afternoon.

Friday’s key economic calendar news concerning the USA, involves the latest durable goods orders figure, which is published at 13:30pm U.K. time. Reuters forecast the reading coming in at -2.0% for April, which would represent a significant fall from the 2.6% growth recorded for March. Cap order goods are also predicted to record a fall of -0.1%, from 1.4%. The falls could be attributed to a reduction in defence and aircraft sales; the safety issues regarding Boeing and its 737 Max, could have extended to other Boeing plane orders.

Sterling registered modest gains versus several peers during the early sessions, collectively the forex markets were reacting to political news emanating from Westminster, that Mrs. May is about to announce her resignation, as Tory party leader and prime minister. However, there are no moderates jostling for the position to replace her, therefore, whoever takes up the responsibility to navigate through the Brexit debacle, is far more likely to be a Brexiteer, who could ultimately fast forward the U.K. exit, by way of a no deal process.

At 8:50am GPB/USD traded up 0.15%, but down -1.06% weekly and -1.86% monthly. Price traded in a tight range, oscillating between the daily pivot point and the first level of resistance. Versus its other peers GBP mostly registered moderate losses, as the Swiss franc and Japanese yen continued to attract the safe haven interest, which has developed over recent sessions, as investors remain cautious regarding the overall China-USA trade war and tariff issues. U.K. retail sales figures were published in the early stages of the London-European session, sales fell by -0.2% in April, beating the Reuters forecast of a -0.5% fall.

Gold maintained the gains recorded on Thursday, after investors sought refuge in precious metals, trading close to flat at $1,282 per ounce on Friday, with the 100 DMA sited at 1,296. WTI suffered its largest one day sell off during 2019 on Thursday by circa -6.00%, due to fears that global commerce would contract, as a consequence of trade war fears. On Friday oil traded up 1.04%, at $58.51 per barrel.

Yen also posted marginal gains on Friday, as the latest CPI reading for Japan came in at 0.9% year on year, providing ammunition for the Bank of Japan to consider altering their ultra loose monetary policy. The Kiwi dollar rose versus several peers in the Sydney-Asian session, as the latest: import, export and trade balance data beat the Reuters forecasts. NZD/USD traded up 0.19%, as the daily bullish price action threatened to breach the first level of resistance, R1, whilst EUR/NZD traded down -0.15%.

« U.S. equity indices and USD crash as market sentiment turns bearish, due to China trade concerns. How to spot when investors are moving into safe haven assets and how the move can provide simple FX trading opportunities. »