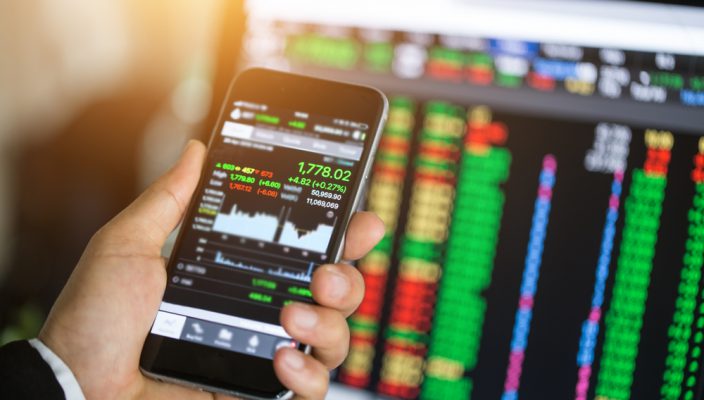 Jul 8 • Forex Trading Articles, Market Commentaries • 1606 Views • Comments Off on How the law of large numbers could be applied to FX trading

For the most part the effect of probability is simply acknowledged as a factor in trading and that’s where many traders leave their investigation without applying any deeper intellectual curiosity. Which is a shame, as delving deeper into the maths and science behind probability as a factor will reveal how factors such as the law of large numbers, can have a significant impact on your bottom-line.

In terms of probability theory, the law of large numbers (LLN) is a theorem that describes the result of performing the same experiment a large number of times. According to the law, the average of the results obtained from a large number of trials should be close to the expected value and will tend to become closer as more trials are performed. The LLN guarantees stable, long-term results for the averages of what are perceived as random events.

For example, while a casino may lose money in a single spin of the roulette wheel, its earnings will always tend towards a predictable percentage when measured over a large number of spins. Any winning streak a roulette player has will eventually be overcome by the parameters of the game and the fact that the house has an edge with double zero numbers on the wheel which aren’t black or red. It is important to recognise that the law only applies when a large number of observations are measured. There is no principle that a small number of observations will coincide with the expected value, or that a streak of one value will immediately be balanced by the others.

One example of the law of large numbers in practice involves the often quoted tossing of a coin. We accept the notion that if we toss a coin one hundred times the likelihood is that the results will be close to a fifty-fifty outcome; fifty heads and fifty tails. This also leads to the logical conclusion that if we simply guessed the outcome of price direction when trading FX, then over a period of hundred guesses we should break even. Stretching this theory further suggests we should (at worse) break even with our trading efforts just by taking a guess. But crucially, if we apply a bit of fundamental and technical analysis skill then we should be able to improve on the fifty-fifty outcome to become serial winners. With analysis skills, knowledge and the right temperament traders should be successful over the long term.

Applying the law of large numbers to trading

There are other law of large number observations which could be applied to trading. For example, what happens when the price of a currency pair reaches certain levels such as pivot points, or round numbers? If traders become involved in an exercise of backtesting results over an extended period measuring thousands of trades, do they observe that price breaches or rejects these levels the majority of time? Or do they make a probability judgment that the impact is relatively benign and not a factor in trading outcomes?

Another observation could be what probably and generally happens if price opens initially bearish or bullish in a particular session. For example, if GBP/USD opens above the daily pivot point when the London-European session opens, is price more likely to remain trending or ranging in a bullish manner, or is the security likely to reverse sentiment at any given time to trade below the daily PP? Is there a medium to longer term bias at work in the FX markets that when measured over a period of perhaps a thousand opening sessions, approximately three years of trading data, delivers a law of large numbers evaluation in relation to bullishness or bearishness?

Forex traders also observe the law of large numbers continually at work in the FX markets as circa $5 trillion is turned over each trading day. Millions of trades are placed that cause the value our currency pairs to reach an equilibrium level based on such intense activity in the globe’s largest marketplace.

FX traders can use the law of large numbers in many other ways in relation to our trading decisions and outcomes. We could use a large moving average, a popular technical indicator such as the MACD, RSI, or stochastics to establish if they have any long term credibility or are they simply self fulfilling, lagging, retrospective indications of what price did, whilst offering up no clues as to where price may be headed?

Now your interest is hopefully piqued regarding this fascinating yet easy to understand theorem and phenomenon, it’s up to you to apply some insight and foresight into how it can possibly (and will probably) impact on your trading outcomes and ultimately your bottom-line.