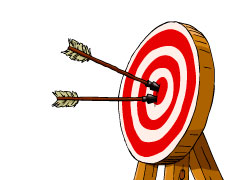 As with most trading decisions logic and probability are the key factors, emotion doesn’t take a back seat, in fact it doesn’t even get into the car. One of the over looked benefits of looking for trades that only match a certain criteria is that the trader’s emotional control is maintained, we are only concerned with data driven results and expectancy, the trade either matches the criteria or it doesn’t, if it doesn’t we pass. While many traders wonder when to get into a position, whether to add to a position, when to lock in gains, or cut losses, traders using high probability trading methods and strategies have a massive advantage in never having to consider these questions. As primarily ‘data-driven’ traders high probability traders only focus on the facts, not news, not rumours, not the fears and anxieties in the financial media, or trader indecision, just the facts as interpreted by our charting packages.

Traders should efficiently and methodically consider the value of their HPSU (high probability set up) system and its probability of success based on risk to reward ratio. The simplest way to do this is to take your trading setup, apply the probability percentage, and then add up the wins and losses after a significant number of trades, perhaps as many as 100 trades. In looking for high probability trades we’re aiming for positive returns on a pre-defined ‘set up’ that should have been thoroughly analysed and back tested in order to ensure positive expectancy.

How you can ensure you are only taking HPSUs (high probability set ups) as opposed to those that fall out of that scope should be relatively straight forward for the disciplined trader who sticks resolutely the their trading plan. Like an aircraft pilot before take off you simply go through a series of detailed checks before take off leading to flight management. Were trading is concerned we have a set of conditions that have to be met in order to take the trade, if one or more of those conditions isn’t met we sit on our virtual runway patiently waiting for clearance.

We’re looking to limit losses as part of our HPSU.

Being out of the market is in fact a position

These three trading maxims perfectly encapsulate and illustrate the benefits of trading in a highly disciplined manner, discipline that will be heightened by utilising a HPSU only. If the strategy eliminates many losing trades by demanding total condition compliance then the set up ‘works’. In many of the indicator/levels based trading methods I’ve developed (and used successfully) there are several conditions that have to be met before the trade is taken, if any of those conditions are not met then the trigger finger remains still.

Using a HPSU to swing trade many of us will testify to waiting days for our set up to occur, many of us will also testify to the many times were we’ve become impatient and entered too soon to then, for example, become entrenched in a period of consolidation. However, there’s as many of us that will openly admit to feeling a peculiar sense of satisfaction when taking a loss, if that loss was part of the expected performance of our trading plan which has been respected.

I’ve discussed HPSUs with traders who operated set ups containing so many conditions you began to wonder how they ever took a trade, others were relatively straight forward but there were some constant similarities in all traders; whilst their P&L statements weren’t spectacular they were consistently profitable. Their patience was heightened due to having to wait for all conditions to be met, their trading state of mind was therefore more secure, they were more relaxed, more focused, their money management was tight and they treated the market with the right amount of respect.

A complex HPSU could be considered as one that requires several indicator based conditions, patterns and certain price action visible to be met before a trade is taken. A simple one could involve not going long unless the pivot has been crossed in the session and then R1 breached, or vice versa using S1. We’re not trying to capture every market move, neither are we obsessed with being in at the ‘b of the bang’ of every move, we’re looking to filter and optimise our technique by the effective use of all the materials and tools at our disposal such as indicators, patterns, price action and levels. Whilst less is often more were trading is concerned the patient, careful, considerate, less spectacular trader, who adopts a professional attitude towards every aspect of trading, is far more likely to succeed.

« The Vatican, Spivs and the EFSF EU Officials Move Past Perception Management Into Damage Limitation »